Last year, Fortune introduced story targets to push staffers to write more frequently in a plan to boost the digital audience of the famed business magazine.

That included everyone — including editor-in-chief Clifton Leaf, who was tasked with writing 30 posts for the second half of 2020.

Top magazine editors typically spend their time mapping out the big picture, representing their brands publicly, and responding to newsroom crises. But on Fortune’s web traffic strategy, “This was a team effort to jumpstart our digital DNA,” Leaf told Insider.

Like many of his colleagues, Leaf didn’t hit his personal target. If his effort was meant to boost communal spirit, some staffers inside Fortune are still sulking.

The article counts were one of the reasons that nearly all members of the editorial union staged a 24-hour work stoppage on March 16, thrusting management into trying to subdue a revolt while also attempting to steady its business after a rocky year.

The pandemic has tested the commitment of Fortune’s relatively new owner, Chatchaval Jiaravanon, a Thai billionaire who purchased the magazine in late 2018 for $150 million. Fortune is among a growing list of news organizations that have been acquired by wealthy owners in recent years, like Jeff Bezos’ Washington Post and Laurene Powell Jobs’ Atlantic. But the pandemic has shown that even having deep-pocketed owners will not protect a newsroom from layoffs.

The coronavirus-related downturn hit Fortune hard, blunting its ability to develop a recently-launched paywall as a new revenue stream. The company in April laid off 35 people globally, about 10% of staff. Due to the implosion of its live events business, which accounted for more than 30% of Fortune’s revenue, the company lost about $10 million last year, CEO Alan Murray confirmed to Insider.

Jiaravanon spent $25 million in infrastructure costs after his acquisition (Fortune was not profitable in 2019) and then gave the company an additional $9.6 million infusion during the pandemic, Murray said. The lifeline came with a demand: the company must be profitable by the end of 2021.

“The pressure is on us as the management team to show we can make a premium brand work,” said Murray, a veteran of The Wall Street Journal who previously served as Fortune’s editor-in-chief and became CEO in 2018.

This story is based on conversations with 11 current and former staffers and people familiar with Fortune’s business. Collectively, a picture emerges of a media company highly exposed to an unexpected global pandemic: an events-driven legacy publication with a nascent digital subscription business and an owner new to the media industry.

As Fortune’s management tries to turn the business around this year and makes new hires, it is facing a set of challenges that threaten to derail their efforts: an escalating fight with the editorial union over the article counts and diversity issues — plus a group of senior employees heading for the exits.

Launched by Time founder Henry Luce in 1929, Fortune’s last few years have been particularly stormy. After publishing giant Meredith acquired Time Inc. in early 2018, it began looking for buyers for the handful of properties that didn’t fit with its fleet of lifestyle magazines.

Marc Benioff, the CEO of Salesforce, looked into buying Fortune, according to two people with direct knowledge of the process. Time Inc. executives believed it was a done deal, one of the people said.

But Benioff walked away for reasons unclear. Later, he and his wife bought Time, the company’s flagship magazine. Inside Fortune, some wish that Benioff was their owner, while others believe that his involvement would have presented a conflict of interest, since Fortune covers Salesforce. (A Salesforce spokesperson declined to comment on Benioff’s behalf). 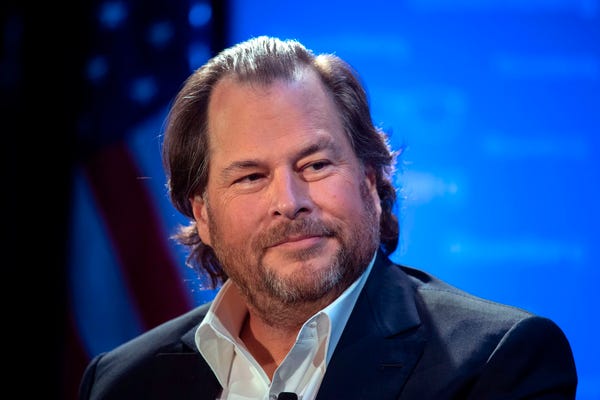 Some staffers don’t know what to make of Jiaravanon, whose family controls Thai agriculture, retail and telecommunications conglomerate Charoen Pokphand. Murray described Jiaravanon as a long-term investor who loves Fortune and wants to expand the brand in Asia.

After the sale, Fortune opened up a splashy new Manhattan office and made hires. Jiaravanon tasked an executive close to him named Victor Pang to be Fortune’s one-man board and Murray’s boss. Pang is a lawyer who is also new to the media business, Murray said.

“He pretty quickly understood that one of the areas we needed to improve on was in digital audience, and he certainly has put some pressure on that point,” Murray said, adding that it was an area where leadership should be held accountable.

As the media environment toughened during the pandemic, Pang has gotten more involved in the business and has been the driving force behind the article count KPI system, according to sources familiar with the matter. A Fortune spokesperson said Leaf and his team decided on the specific targets for newsroom members.

Pang and Jiaravanon declined to comment through the spokesperson.

For some employees, the irony is that the traffic that the article count system is meant to drive — and the programmatic advertising that monetizes it — is not what Fortune sees as the future driver of its business. More articles correlate with more traffic, Murray said, and the ultimate plan is to convert visitors into paying subscribers.

Fortune brought in 7.2 million unique visitors in January, a 19% jump from the same month the previous year, according to Comscore numbers. (Fortune states in its media kit that it collects 13.6 million monthly unique viewers, citing Google Analytics data).

Leaf said that Fortune had to start from scratch when it became a standalone company without the benefit of Time Inc.’s digital collective. “We had to rebuild our links, our search authority, our audience, and in a brutally competitive environment for digital media,” he said.

Internally, staffers are worried about Jiaravanon’s patience. “My feeling is that Alan and Cliff and basically everybody is thinking we can get to safer ground soon. All we have to do is not provoke the owner,” said one staffer.

Fortune still faces pandemic-related challenges in the near term.

Its events business has moved online, with the title hosting about 125 digital events since March last year. Digital events are cheaper to produce than in-person ones, but they collect less sponsorship money. While Murray would not say how much of the events shortfall Fortune made up, he said that the company has done “millions of dollars better on the bottom line than in the spring.”

An annual membership costs $2,500, and Murray said the new venture has brought in about $5 million in revenue. (Fortune last year hired the MediaLink consultancy to help fine tune its digital strategy).

Now publishing six print issues a year, Fortune currently has about 30,000 paying digital subscribers, Murray said. The paywall — which costs $6 a month or $9 a month for the premium tier — underperformed internal targets, according to one source with direct knowledge. Murray would not say what that target was, but this year, he said Fortune will aim to double its digital subscriber count, increase its audience by 50%, and reach profitability.

Murray said he is confident about Fortune’s future. The company is hiring again after seeing “the light at the end of the tunnel,” Leaf said. 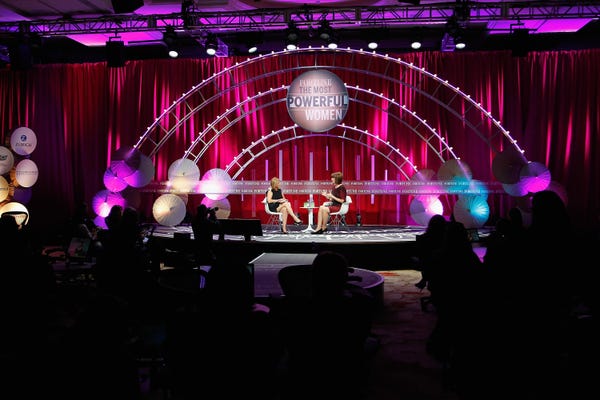 The union is pushing to codify diversity measures into the contract

This month’s union walkout took management by surprise. Murray and Leaf learned about it when union chair Jake Meth sent an email that morning announcing the action. Thirty out of the 34 members in the editorial union walked off the job, digitally, for 24 hours.

Union organizers told Insider the stoppage was partly in response to new performance targets set by management. Sy Mukherjee, Fortune’s union secretary and a healthcare reporter, told Insider that he is responsible for writing 250 stories and hitting 4.1 million pageviews this year, targets he believes are not feasible.

Internally, Leaf and Murray have sought to calm concerns about the byline counts, saying they are just targets and that missing them won’t result in repercussions. The dustup has come during a tense period in negotiations for a union contract, which has dragged on since November 2019.

“Fortune has negotiated, and will continue to negotiate, in good faith with the union,” Murray said in a company memo the afternoon of the walkout.

Things still may get more rancorous, straining a Fortune newsroom that staffers say has long been known for its collegial environment. After the work stoppage, the company filed a complaint with the National Labor Relations Board, arguing that the union was negotiating in bad faith. Meth told Insider that union members are discussing further action.

Organizers said that the work stoppage was also meant to push to enshrine diversity measures into their union contract, like requiring 50% of candidates that get past the initial interview stage to be from underrepresented groups.

Murray said Fortune has made strides on diverse hiring. Of Fortune’s 26 hires within the past year, 18 have been women, and 12 have been from underrepresented groups, a spokesperson said.

In November, Fortune partnered with Refinitiv to launch Measure Up, an initiative that called on companies to self-report their diversity data. According to the spokesperson, out of 153 employees based in the US, Fortune is 71% white, 7% Black, 12% Asian, 8% Hispanic or Latino, and 3% two or more races. On the management level, the company is 78% white. Women make up 61% of employees.

Industry-wide figures are difficult to come by, but a 2018 Pew study found that 77% of all US newsroom employees were white and 61% were men.

What comes next for Fortune’s is largely unclear. Leaf believes that once the pandemic ends, people will want to return to attending live events. He also pointed to recent journalism awards won by the newsroom.

But staffers said morale has been hit by a series of departures, including editors Andrew Nusca and Adam Lashinsky and writers Aric Jenkins, Jen Wieczner, and Jeff Roberts. (Lashinsky writes a column for Insider and Nusca joined Insider-owned Morning Brew).

“I think that’s to our credit,” Leaf said. “I think that that speaks to the fact that people are coming after our talented people and that our writers and editors have an abundance of opportunities to go elsewhere.”

The author of this story has previously written for Fortune.

Get the latest coronavirus business & economic impact analysis from Business Insider Intelligence on how COVID-19 is affecting industries.

MCU Fans Reveal the Phase 4 Film They're Most Excited For