After the hugely successful film Raiders of the Lost Ark was released in 1981, director and creator of the franchise Steven Spielberg was eager to get started on a follow-up. The sequel, Indiana Jones and the Temple of Doom, came out just three years later in 1984, but was extremely different. The movie was a prequel and involved Indy taking nods from a number of other film franchises, including James Bond.

The crux of the film was that Harrison Ford’s character stumbled into a primitive village in India whose children had been stolen.

On top of that, the village’s ancient relics – the Sankara Stones – had also been stolen, prompting Indy to venture to a nearby palace to figure out the mystery.

During the inspection of the palace Indy and his sidekicks – Willie Scott (Kate Capshaw) and Short Round (Jonathan Ke Quan) – found a hidden temple of cultists worshipping the god Kali with human sacrifices.

Details of these aspects of the film led it to be banned in India permanently. 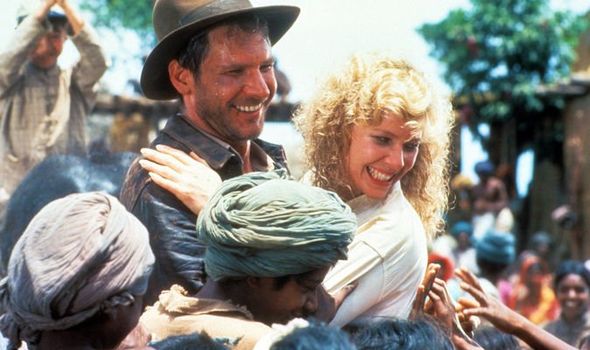 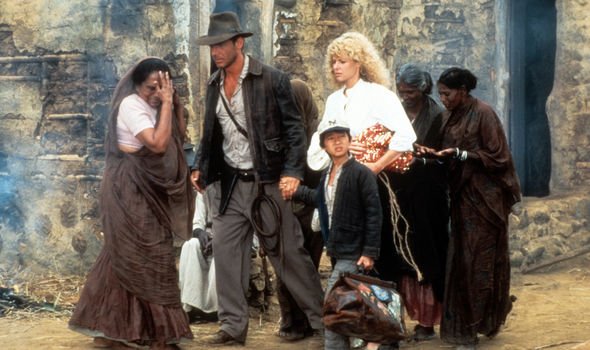 Spielberg was denied shooting permission in India, meaning he had to film the India-based movie in Sri Lanka and London studios.

The aforementioned depiction of the god Kali as a blood-thirsty demon was deemed offensive to the culture.

In reality, Kali is the Goddess of Change and Empowerment – a more benevolent being, rather than a hate-filled one.

What’s more, the country was not happy about how they were portrayed in the infamous dinner scene.

What do you think? Should Indiana Jones and the Temple of Doom have been banned in India? Join the debate in the comments section here 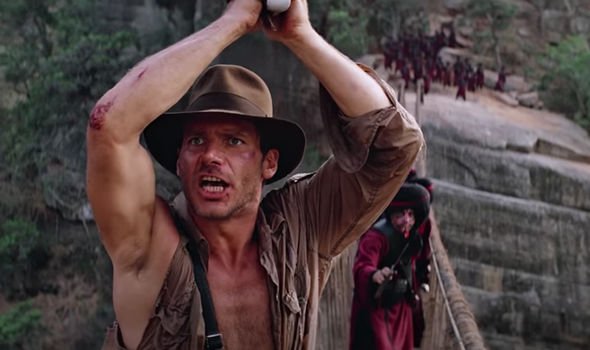 During the scene, Indy and his cohorts were greeted with a meal comprised of snakes and spiders, all of which were loved by the locals.

What’s more, the final moments of the scene included a fictional delicacy of monkey brains.

The film was not released in India, a fact one of the actors was unhappy about.

Indian actor Amrish Puri played the cult leader Mola Ram but was criticised for being involved in the picture.

Puri later said: “It was a chance of a lifetime working with Spielberg, and I don’t regret it even for a moment.

“I don’t think I did anything anti-national; it’s really foolish to take it so seriously and get worked up over it.”

Eventually, Spielberg himself disowned the film by claiming it was too much of a scare-fest.

He hit out: “I wasn’t happy with the second film at all.”

Spielberg continued: “It was too dark, too subterranean, and much too horrific. I thought it out-poltered Poltergeist.”

He went on: “There’s not an ounce of my own personal feeling in Temple of Doom.

“The danger in making a sequel is that you can never satisfy everyone.”

The Indiana Jones franchise is available to watch on Amazon Prime Video now.

John Turturro on 'Plot Against America' and Resurrecting Jesus Quintana