The term “inclusion rider” took Hollywood by storm after Frances McDormand introduced it in her 2018 Oscar acceptance speech.

McDormand, the newly crowned best actress, had impeccable timing. The industry, brought low by #MeToo scandals, was scrambling to repent for the systemic predation of women and the exclusion of people of color. McDormand was offering a fix: a contractual obligation that actors and filmmakers could potentially wield to increase diversity in productions.

But now, 15 months later, even though talk of inclusion has come to occupy center stage in Hollywood and champions of the contractual add-on include the Marvel stars Michael B. Jordan and Brie Larson, it is hard to identify more than a handful of productions that have adopted the rider outright.

There is the independent film “Hala,” a coming-of-age tale that Apple acquired at Sundance. Minhal Baig, the film’s writer and director, said she used the rider to hire the production’s department heads, who ended up being all women, and their teams. The female-led company Level Forward, which produced the feature “American Woman” as well as the Tony-winning show “Oklahoma!,” also uses riders on all of its productions, according to an executive there.

Jordan’s 2020 film “Just Mercy" was the first to be made under WarnerMedia’s new inclusive hiring policy, and Destin Daniel Cretton, the film’s director, said the company took it “very seriously.” Still, no actual rider was signed. According to one of Jordan’s representatives, his production of the upcoming Netflix series “Raising Dion” took a similar approach: inclusion without the rider.

Publicists for other actors who have spoken out — Larson, John Boyega, the “Star Wars” actor who is also an advocate of the rider, and Regina King, who vowed to achieve gender parity on her own productions — either declined to comment or did not respond to emails. Several lawyers said in interviews that they had clients using riders but that they could not reveal more. A representative for McDormand said she had not implemented the rider yet, but had every intention of doing so on projects she might produce. 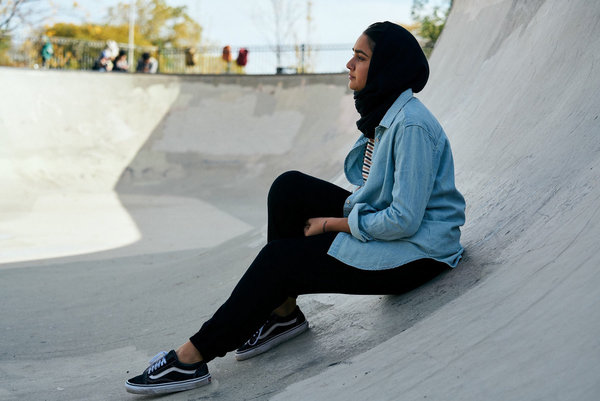 Major studios that have diversity programs in place would not talk about the rider either. Part of their reticence may lie in the rider’s sticky details: It requires filmmakers and studios to hit quotas in interviews and auditions, provide a detailed hiring report, and pay penalties for noncompliance into a scholarship fund.

Paul Feig, the director of “Ghostbusters” “and “Bridesmaids,” said he had not heard many insiders discussing the rider. “People in the industry get nervous about anything that limits their ability to have the freedom of choice to hire who they want to hire,” he said.

This does not mean the landscape is not changing. Last year’s top films had a record number of black directors and of women and people of color in starring roles. The shifts are just happening without a rider.

The university academic, lawyer and executive who drafted the contractual language, which was in the works years before #MeToo burst to the fore, said that even though it was not being adopted wholesale, the rider’s aims were no longer an outside cause but part of a new culture in Hollywood.

They pointed to WarnerMedia’s new policy, which includes a commitment to hire diversely across all productions, track progress, and make the results public. Similar initiatives are underway at Paramount. Endeavor Content, the content development arm of the talent agency William Morris Endeavor, has started a diversity hiring plan for behind-the-scenes jobs, and more than half a dozen studios have pledged to hire more female directors in the coming year.

There are also prominent showrunners who took on imbalances before the inclusion rider made headlines. Ava DuVernay vowed to hire only female directors for her series “Queen Sugar,” and Ryan Murphy, the creator of “Pose” and “American Horror Story,” hatched an initiative to employ more women, people of color and L.G.B.T.Q. staff members behind the scenes.

“People have a suite of options,” said Stacy L. Smith, executive director of the Annenberg Inclusion Initiative, and one of the rider’s authors. “The fact is that people are talking about targeted inclusion goals, and having a qualitatively different conversation than they were two or three years ago.”

Still, many of the prominent adopters of the rider or inclusion efforts are themselves women, people of color, or lesbian or gay. The fact that riders are not being widely used means that accountability rests mainly with the studios, where the homogeneity took root.

Matt Damon and Ben Affleck had pledged to use the rider in projects with their production company, Pearl Street Films. But Fanshen Cox DiGiovanni, a development executive there, said that when Damon and Affleck spoke to at least one studio about the contract clause, they were told it was not necessary because inclusion policies were already in place.

“That was encouraging and a little frustrating. The whole purpose of the inclusion rider was to have people take accountability,” said Cox DiGiovanni, who, along with Smith and Kalpana Kotagal, a civil rights and employment lawyer, drew up the language for the rider. This did not mean that pushes toward inclusion were not happening, she said. “It’s that they’re responding that they’re way ahead of the game.”

The question remains whether studios can be trusted to make good on their diversity commitments. “All I can say is, in the best of ways, let’s see what happens,” Cox DiGiovanni said.

There is, however, a newish measure for diverse hiring on productions: the ReFrame Stamp, which was created by the group Women in Film Los Angeles and the Sundance Institute, and begun last year in conjunction with the industry site IMDbPro. The stamp is tabulated using an algorithm that awards points for film and television productions with women in key on- and offscreen jobs, and extra points for women of color. It basically amounts to a gold star, with a logo that can be added to a production’s end credits.

Feig, one of ReFrame’s ambassadors, said that when he initially began talking about the stamp with executives, they worried it would be used punitively, but that their fears have since eased. After the first awardees were announced last June — they included “Girls Trip,” “Wonder Woman” and “The Shape of Water” — representatives from studios and networks began asking how they could get it, said Alison Emilio, director of ReFrame.

Four dozen more films have since qualified, including “Bumblebee,” “I Feel Pretty” and “Crazy Rich Asians,” along with dozens of television shows. The hope is that the stamp will become something that audiences look for.

“We like to joke it seems to us if they’re willing to put on a Humane Society stamp that no animals were harmed, it’s not a huge step to say, ‘And neither were any women,’” said Cathy Schulman, the former president of Women in Film.

Cara Buckley is a culture reporter who covers bias and equity in Hollywood, and was part of a team that won a Pulitzer Prize in 2018 for reporting on workplace sexual harassment. @caraNYT • Facebook