Just like you, film critics, reporters and editors at The New York Times have opinions about the Oscars and what should be nominated. This year, a few of us are sharing our wish lists for best picture. (Except for the featured pick, the slates are in alphabetical order, with 10 or fewer entries, as in the official nominations.) If only we could really vote.

The word “epic” when applied to movies usually suggests sweep and grandeur, world-shaking events and a cast of thousands. But for Ezra Pound, an epic was “a poem containing history,” and by that standard Kelly Reichardt’s quietly ambitious, mischievously profound film surely qualifies. It’s a quiet, lyrical story of friendship and enterprise, set in the Oregon Territory before the Civil War, with John Magaro and Orion Lee as tender comrades and unlikely business partners. But the history is there if you pay attention — the grand, terrible story of global capitalism and territorial conquest. The cow is pretty awesome, too. (Read our review; rent or buy the film on most major platforms.) 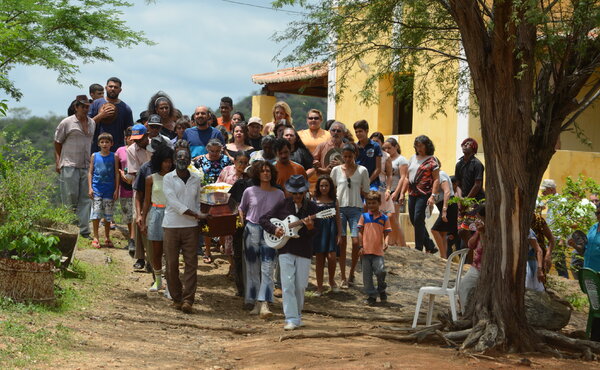 Hallucinogen-fueled war dances, gender-bending gangsters and evil, gun-crazy Americans: The Brazilian film “Bacurau” might be a bit too out-there for Oscar voters, but after the groundbreaking win of “Parasite” last year, a girl can dream! Like Bong Joon Ho’s film, “Bacurau” twists genre tropes — taken from ’70s science fiction, exploitation flicks, war movies, Hollywood westerns and much more — into a rollicking screed against inequities of capital and power. Past, present and future all collide in Kleber Mendonça Filho and Juliano Dornelles’s kooky tale about a town that defends itself against bloodthirsty Western tourists. If the film’s mercenary politicians and racist villains reflect the headlines, its dystopian premise warns of what’s to come if tyranny goes unchecked. But it’s history that gives the film its exhilarating power: Drawing from the legacies of Brazil’s slave rebellions, “Bacurau” paints a portrait of collective resistance that bristles as much with hope as with rage. (Read our review, and watch on the Criterion Channel or Kanopy.)

Let’s be honest: The likelihood that this modest sci-fi romantic comedy scores a best picture nomination is roughly equal to your chances of getting caught in an endlessly repeating time loop that resets itself each morning. Even so, “Palm Springs,” which stars Andy Samberg and Cristin Milioti as a pair of wedding guests trapped in this very kind of ontological puzzle, deserves some commendation for understanding that its viewers — like its world-weary lead characters — are already well-versed in the “Groundhog Day” dynamics of its premise and diving right into the hilarious and horrific implications that ensue. At a time when so many of us found it challenging to distinguish one day from the next and sought refuge in mundane and routine pleasures, “Palm Springs” was the right movie for a seemingly interminable year. (Read our review and watch on Hulu.)

Here is an entry in one of the academy’s favorite genres — movies about the movie business — that’s up to more than the usual glorification of the transformative power of storytelling, or “the craft,” or whatever else functions to soothe the egos in line at Erewhon. The writer-director Kitty Green’s tale of a day in the life of an entry-level female assistant to a big-shot film executive dramatizes bitter lessons of the industry’s recent #MeToo reckoning in a brilliantly constructed microcosm. Its shrewd plot takes place almost entirely in the confines of an acutely observed, insidiously banal office environment, where an assortment of disempowered and morally compromised foot soldiers are busy either cleaning up after, or steering clear of, their boss’s predatory rituals. But the events of the narrative, propelled by a mesmerizing Julia Garner (with a knockout cameo from Matthew Macfadyen), add up to a powerful examination of a form of malevolence that was allowed to fester in plain sight. (Read our review and watch on Hulu.)

Somehow Radha Blank, the writer-director-star of this jewel of a film, has crafted a feature that is simultaneously an auteur’s ode to creating art outside your day job, a romantic comedy about an unexpected relationship, a slice-of-life take on nongentrified New York, a funny fish-out-of-water story about hip-hop, a sharp satire of the largely white theater scene, a grief-soaked elegy to a mother and a deeply moving coming-of-age tale. Yes, even though the title character, also named Radha, is long past her teenage years, like any affecting coming-of-age heroine, she’s learning about herself as she seeks her place in the world. If anything, the movie should get a special award: Best Pictures, plural. (Read our review and watch on Netflix.)

This past topsy-turvy year had me taking stock of my life anew. I was forced to think about what I value, the importance of each of my relationships, what things I cling to and what I can let go. This jazzy little Pixar film, with Jamie Foxx voicing a musician caught between life and death, hit me hard in the way it also contemplates these issues. Both the depth and the comfort of “Soul” were what my heart needed to close out 2020. That the movie manages, in the midst of exploring the meaning of life, to also be inventive and fun, is a bonus. (Read our review and watch on Disney+.)