Ric Roman Waugh returns to franchise and is set to direct 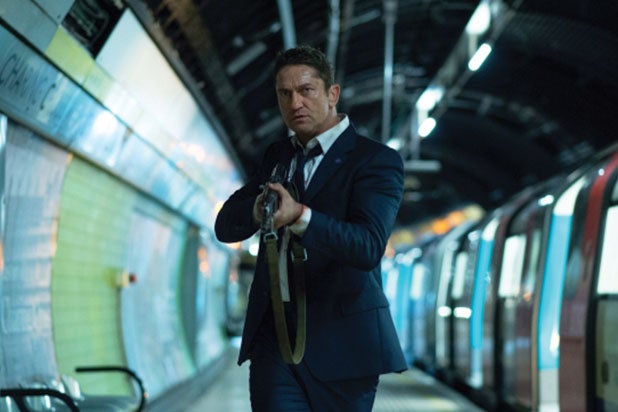 Gerard Butler will star in and Millennium Media will produce “Night Has Fallen,” the fourth installment in the successful box-office “Has Fallen” franchise, the company announced on Monday.

In “Night Has Fallen,” Butler returns as U.S. Secret Service agent Mike Banning. Plot details are being kept under wraps. The fourth film in the franchise will be filmed at Millennium Media’s Nu Boyana Studios in Bulgaria and throughout Europe.

“The ‘Has Fallen’ journey continues and we couldn’t be more excited to take on the challenge of building on this beloved franchise with our dear friends Alan Siegel and Gerard Butler,” Jeffrey Greenstein, President of Millennium Media said in a statement. “These films are not driven just by action, but by the special characters and relationships of Mike Banning and his friends, family, and foes. We look forward to teaming back up again with ‘Angel Has Fallen’s’ Ric Roman Waugh to captivate audiences worldwide on another journey full of these touching and fun character moments, as well as unique and heightened action, and a dark turn of events that will send this next installment down a wildly unexpected trajectory.”

Gerard Butler is represented by CAA and Alan Siegel Entertainment.

Millennium Media will be launching sales on “Night has Fallen” at this year’s American Film Market (AFM). Other Millennium Media-produced franchises include “The Expendables,” “The Hitman’s Bodyguard,” and the “Mechanic” films.