Incredibly, much of what happens in The Last Jedi was then unravelled and rewritten by director JJ Abrams in the final film, The Rise of Skywalker. Episode 8 made many of us want to scream like Hux. Fan reactions included: “Seen the film today, sad to say a disappointment is an understatement” or “There isn’t a single character who isn’t left ruined by this movie” and “You’ve destroyed whole Star Wars saga.” Many felt the filmmakers deceived viewers by encouraging certain hopes and fixing attention on major plot points that turned out to be almost irrelevant. Obviously, everything beyond here is a SPOILER, so proceed at your own risk…

Daisy Ridley said she thought it was obvious and everyone just decided the orphan from Jakku was a Skywalker, Palpatine, Kenobi or Force birth.

The big reveal was repeatedly teased throughout The Last Jedi, including a groan-worthy mirror moment. When it came, it actually was one of the biggest shocks in Star Wars history – but only because it was so underwhelming. She’s nobody, the space equivalent of a welfare kid left on a doorstep.

Johnson and Disney can protest that they warned fans, but then why purposefully drag out the reveal through the while movie?

2. What is Snoke and where did he come from?

Again Johnson sniffily told fans that his movie is not a Wikipedia page and will only real what is necessary to the scene.

This is fair enough, but the build-up again has been purposefully suspenseful, leading everyone to believe that there is something huge and terrible that will be revealed.

Leaving it a mystery is all well and good when it was assumed Snoke would also figure heavily in Episode 9 and now we know how that turned out…(See below). 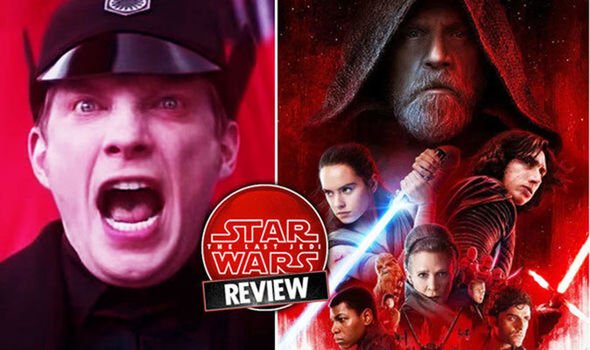 3. What has Luke been doing all this time?

He is supposed to have been agonising about the universe on Ahch-To. Instead he seems to have been fiddling around, milking aliens and spearing fish in the most ludicrously complicated way possible.

There are supposed to be huge secrets in the Jedi and Whills texts in the Jedi tree that will change everyone’s understanding of life, the universe and boring robes. The movie blithely then tells us that actually the books are a bit of a snooze and nobody reads them.

Luke then refuses to help Rey, stomps around in the drizzle and drives her away.

Or, more accurately, where the Force were the Knights of Ren? Often mentioned, glimpsed looking moody and magnificent in a dramatic downpour in Rey’s Forceback vision and expected by many to arrive on Ahch-To with Kylo Ren for a huge battle with Luke and Rey. Failing that, they were reported to feature in a longer cut of the vision. Instead, they seem to have got lost in the Ren, sorry, rain. 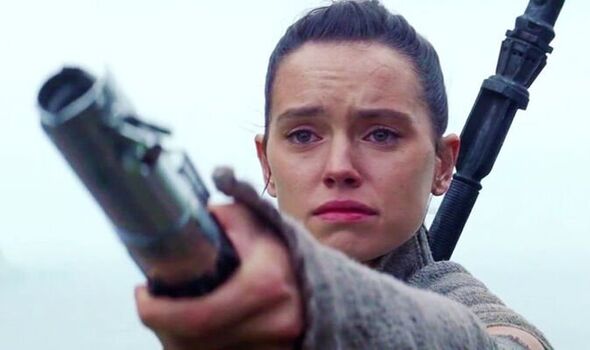 Every Star Wars movie is supposed to have a great lightsaber duel. The last Jedi appeared to deliver the expected showdown between Luke and Kylo Ren. Luke spectacularly survived a bombardment from his tanrum-throwing nephew before they faced each other and a few fancy moves were executed. But the it all turned out to be a fake. Luke was astral projecting from his comfy spot on a rock back home.

Fans are very, very unhappy with this. The general consensus seems to be that he expended an extraordinary amount of energy projecting his image across the galaxy. He then chose to embrace the Force and cross over peacefully. It is not the dramatic, dynamic end fans think Luke deserves. More than that, everyone actually wanted him to be a major part of Episode 9. Even if he Force ghosts a cameo, this is not what fans wanted.

More ahem “Snoke” and mirrors. The cackling villain was built up to be a terrifying, unspeakably powerful evil horror who would outstrip even Darth Vader or Palpatine. Instead, he showed off some impressive tricks before losing his head (and upper torso) in a massively underwhelming betrayal by Kylo Ren. We wanted so much more. It’s fair enough that this sets up a hugely intriguing journey for Kylo Ren but it doesn’t compensate for the fact that fans feel mislead and mistreated yet again. 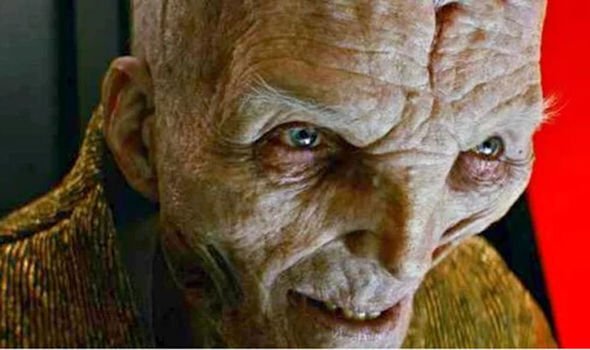 This was touted as like noting ever seen before in Star Wars.True what we saw looked incredible lavish and beautiful. Unfortunately it all whizzed past so fast nothing made much of an impression except for unnecessary ‘comedy’ scenes with a tiny alien gambler.

What was the point? The entire plot to find Benicia del Toro’s code-breaker was utterly pointless. The mission was a total failure, the falviers didn’t look that great, the kids were like Oliver Twist extras and the entire drawn-out sequence introduced nothing that was relevant to the rest of the main plot. Even worse, it fatally made the entire movie sag.

No, not the fan hopes for more romantic pining. Both Finn and Poe were little more than whooping hotheads who kept disobeying orders and put other people’s lives at risk. Leia had the right idea. We would have slapped them, too. 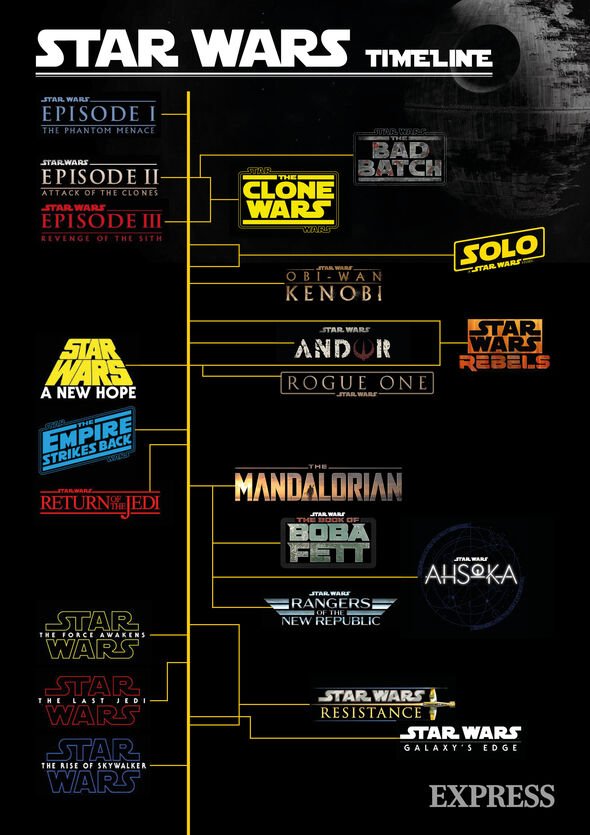 The curse of Marvel strikes again, Just as Justice League disastrously tried to lighten up the tone with quips and pratfall, so Star Wars followed suit. Yes, Star Wars has always had humour, but it was integral to the characters and incidental. This time it was clanged into every corner. From Luke milking an alien to BB8 riding an AT-AT, silly Ahch-To nuns to Rey blushing at a shirtless Kylo Ren.

Some moments did work, like the delicious ironing gag and Chewbacca roasting a porg but that was because they were incidental flourishes, not mockeries of main characters.

Poor old Hux. Yes he is a bit of a nutter, but he became ridiculous in this movie. The entire opening sequence from Poe Dameron’s tedious prank call to Snoke’s humiliation of his supposed second in command was painful. This guy is supposed to the terrifying, psychopath driving force of horrifying new Order. He was reduced to a tantrum-throwing teenager locked in a battle over who does the washing up with Kylo Ren.

We love Gwendoline Christie but her Phasma sounds like a phone-sex operator but seems unable to ever give or get satisfaction. She was hopeless in The Force Awakens, giving away the codes to destroy her army’s biggest weapon without a whimper. This time she swaggers around and then falls off a big ledge. A bit like this movie.

The old problem of useless baddies reared its head in a ludicrous fashion but on an epic scale. Huge First Order dreadnoughts fill the sky but they can’t catch one rickety old Resistance ship? Apparently the smaller vessels were too little to hit and now the First Order’s entire plan seems to be waiting for the Raddus to run out of petrol. Even accepting that the dreadnoughts have a cruising speed equivalent to a camper van, could the First Order seriously not jump to a position just in front of it and cut it off?

Smoke, Kylo Ren, Hux and Phasma are supposed to be the ultimate symbols of unspeakable evil and terror. They control the most fearsome military operation in the history of the galaxy. Most of the time it seems likely that a few porgs with a stiff breeze could take them down.

He died, seriously folks, he died. Fans were very upset and there were rumours of a lavish funeral. We didn’t even get an announcement in the local Ahch-To gazette. Luke possibly raised an eyebrow at the news and then probably stomped off to milk another sea moster with disturbingly large nipples. Not good enough, Disney.

THE LAST JEDI IS ON CHANNEL 4 TONIGHT AT 8.40PM

John Turturro on 'Plot Against America' and Resurrecting Jesus Quintana

Ken Jeong’s Net Worth: The Comedian Is Worth More Than You Think