The drama, based on J.D. Vance’s best-selling memoir, will land in select theaters and on Netflix on Nov. 24 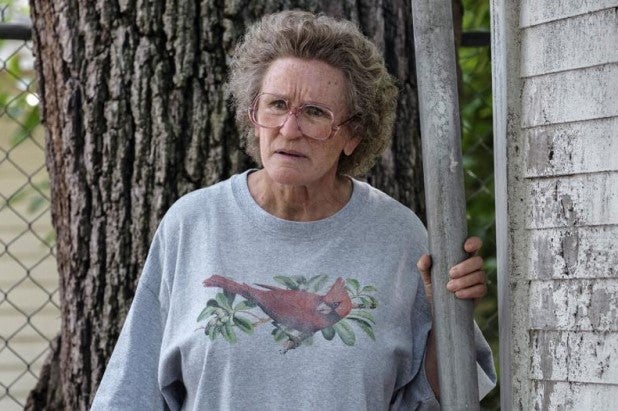 Film critics have no love for Ron Howard’s “Hillbilly Elegy;” reviews call the film “laughably horrendous,” “awful,” and “one of the most shameless films of the year.”

The drama, based on J.D. Vance’s best-selling memoir, will land in select theaters and on Netflix on November 24.

Reviews currently give “Hillbilly Elegy” a 20% Fresh rating on Rotten Tomatoes and a 41 on Metacritic. The film follows J.D. Vance (Gabriel Basso), a former Marine from southern Ohio and current Yale Law student, who is on the verge of landing his dream job when a family crisis forces him to return to the home he’s tried to forget. J.D. must navigate the complex dynamics of his Appalachian family, including his volatile relationship with his mother, Bev (Amy Adams), who’s struggling with addiction. Fueled by memories of his grandmother Mamaw (Glenn Close), the resilient and whip-smart woman who raised him, J.D. comes to embrace his family’s indelible imprint on his own personal journey.

“It isn’t interested in the systems that create poverty and addiction and ignorance; it just wants to pretend that one straight white guy’s ability to rise above his surroundings means that there’s no excuse for everyone else not to have done so as well,” wrote TheWrap’s Alonso Dulrade in his review of the film.

Check out more reviews for the film below:

“Director Ron Howard has made what’s arguably the worst film of his career with a banal, trite story of family dysfunction devoid of any nuance or normalcy. It takes two of our greatest actors — Amy Adams and Glenn Close — and saddles them with such cartoonish characters that we’re left questioning the talent of actors we know are talented. Nothing about this movie works, but it does offer some unexpected and unintended laughs,” wrote Matt Goldberg for Collider.

“Everything about Netflix’s Hillbilly Elegy movie is awful,” wrote Alissa Wilkinson for Vox.

“Directed by Ron Howard and denuded of any meaningful politics to speak of, “Hillbilly Elegy” is an extended Oscar-clip montage in search of a larger purpose, an unwieldy slop bucket of door-smashing, child-slapping, husband-immolating histrionics,” wrote Justin Chang for the Los Angeles Times.

“Based on the memoir of self-described “nationalist” J.D. Vance and directed by Ron Howard with the subtlety of a sledgehammer symphony, ‘Elegy’ isn’t the worst motion picture of the year (though it’s up – or down – there), but it is the most shameless, a naked play for awards and prestige that doesn’t even have the courage of its sketchy source material’s convictions,” wrote Jason Bailey for The Playlist.

“Ron Howard’s Hillbilly Elegy is a bad film, inert and clichéd and largely devoid of cinematic imagination,” wrote Barry Hertz for The Globe and Mail.

“For all of the favors that Howard does to the subject of his biopic, the director can only do so much to disguise the self-serving nature of a story that was always less about where Vance came from than it was about where he wanted to go,” wrote David Ehrlich for Indiewire.

“This is prestige bait that uses an awfully rusty lure, tossed with careless pride from its ship of Hollywood fools,” wrote Richard Lawson for Vanity Fair.

“Hillbilly Elegy” will land in select theaters and on Netflix on Nov. 24.

Peterloo 200th anniversary TODAY: What happened and how accurate is Mike Leigh’s movie?