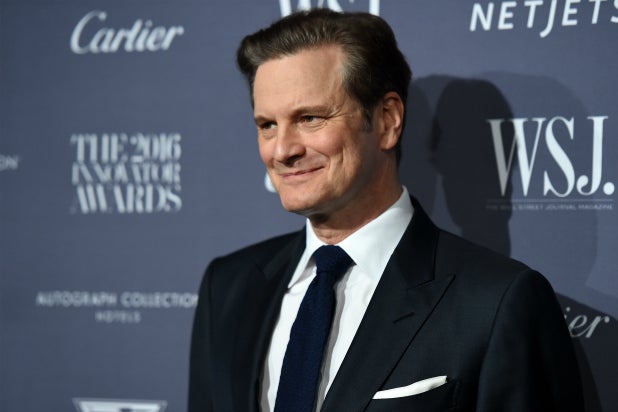 Colin Firth will star in an action comedy and zombie movie tentatively titled “New York Will Eat You Alive” for STXfilms and Tencent that’s based on the popular “Zombie Brothers” digital comics and anime series from China.

“Zombie Brothers” is about a group of New Yorkers traveling the city to survive and discover the source of a monster apocalypse and zombie outbreak. Todd Strauss-Schulson (“Final Girls”) will direct the film from a screenplay by Alex Rubens with current revisions by Dan Gregor and Doug Mand.

The digital comic book launched in 2011 and has seen more than 28 billion views over 516 episodes, and the animated series has seen 3.7 billion views in its first two seasons. And “Zombie Brothers” has even been adapted into a popular stage play that has seen sold out shows across China.

Tatum, Carolin, Kiernan and Michael Parets are producing for Free Association. Edward Cheng is attached as executive producer, along with Conor Zorn and Wenxin She producing and overseeing for Tencent.

Strauss-Schulson will also serve as executive producer. Ged Doherty is producing through his production company Above The Line Productions. Drew Simon is overseeing the production for STXfilms along with Patricia Braga and Katie Zhao.

“We always wanted to cast this in a way that would give life to the source material and elevate the action and you can’t achieve that goal any better than hiring Colin Firth,” STXfilms’ Adam Fogelson said in a statement. “From ‘The King’s Speech’ to ‘Kingsman,’ Colin always gives an Oscar-caliber performance. We’re thrilled to be reuniting with him on ‘New York Will Eat You Alive’ in a role that will allow him to have fun while showcasing his deadpan humor and comic timing.”

Firth is earning Oscar buzz for his role in “Supernova,” a drama in which he stars opposite Stanley Tucci. His other  upcoming roles include “Operation Mincemeat” for director John Madden and “Mothering Sunday” opposite Olivia Colman and Odessa Young for director Eva Husson. He is represented by Independent Talent, CAA and Prosper PR.

Deadline first reported the news of the project.