Christopher Plummer, the prolific and versatile Canadian-born actor who rose to celebrity as the romantic lead in perhaps the most popular movie musical of all time, was critically lionized as among the pre-eminent Shakespeareans of the past century and won an Oscar, two Tonys and two Emmys, died on Friday at his home in Weston, Conn. He was 91.

His wife, Elaine Taylor, said the cause was a blow to the head as a result of a fall.

The scion of a once-lofty family whose status had dwindled by the time he was born, Mr. Plummer nonetheless displayed the outward aspects of privilege throughout his life. He had immense and myriad natural gifts: a leading man’s face and figure; a slightly aloof mien that betrayed supreme confidence, if not outright self-regard; an understated athletic grace; a sonorous (not to say plummy) speaking voice; and exquisite diction.

He also had charm and arrogance in equal measure, and a streak both bibulous and promiscuous, all of which he acknowledged in later life as his manner softened and his habits waned. In one notorious incident in 1971, he was replaced by Anthony Hopkins in the lead role of “Coriolanus” at the National Theater in London; according to the critic Kenneth Tynan who at the time was the literary manager of the National, Mr. Plummer was dismissed in a vote by the cast for crude and outrageous behavior. For years, until he came to share the widely held opinion of his best-known film — the beloved 1965 musical “The Sound of Music,” in which he starred as the Austrian naval officer Georg von Trapp opposite Julie Andrews — as a pinnacle of warmhearted family entertainment, Mr. Plummer disparaged it as saccharine claptrap, famously referring to it as “S&M” or “The Sound of Mucus.” 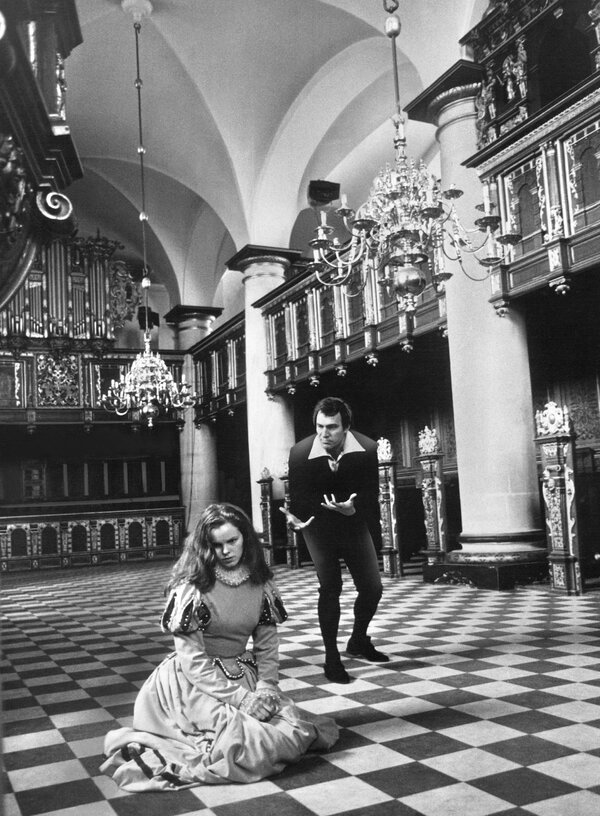 “That sentimental stuff is the most difficult for me to play, especially because I’m trained vocally and physically for Shakespeare,” Mr. Plummer said in a People magazine interview in 1982. “To do a lousy part like von Trapp, you have to use every trick you know to fill the empty carcass of the role. That damn movie follows me around like an albatross.”

Mr. Plummer’s résumé, which stretched over seven decades, was at least colossal, if not nonpareil, encompassing acting opportunities from some of dramatic literature’s greatest works to some of commercial entertainment’s crassest exploitations. He embraced it all with uncanny grace, or at least professional relish, displaying a uniform ease in vanishing into personalities not his own — pious or menacing, benign or malevolent, stern or mellow — and a uniform delight in delivering lines written by Elizabethan geniuses and Hollywood hacks.

He played Hamlet, Macbeth, Richard III, Mark Antony and others of Shakespeare’s towering protagonists on prominent stages to consistent acclaim, and he starred in “Hamlet at Elsinore,” a critically praised 1964 television production, directed by Philip Saville and filmed at Elsinore Castle in Demark, where the play is set. But he also accepted roles in a fair share of clinkers, in which he made vivid sport of some hoary clichés — as the evil bigot hiding behind religiosity in “Skeletons” (1997), for example, one of his more than 40 television movies, or as the somber emperor of the galaxy who appears as a hologram in “Starcrash,” a 1978 rip-off of “Star Wars.”

A complete obituary will be published shortly.