“We are saddened at the news of Christopher Plummer passing away. We are so proud to have worked with him” Arcana CEO Sean Patrick O’Reilly says in a statement to TheWrap 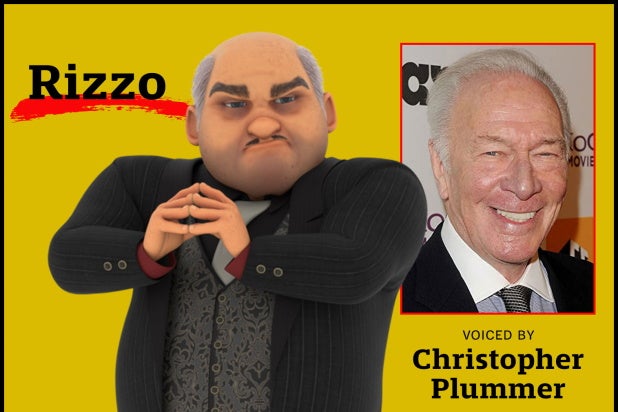 Christopher Plummer’s final role will likely be voicing the animated “Heroes of the Golden Masks” for Arcana Studios, TheWrap has confirmed.

A spokesperson for Arcana confirmed that Plummer, who plays “Rizzo” in the animated film, finished recording his work on the project prior to his passing.

“We are saddened at the news of Christopher Plummer passing away. We are so proud to have worked with him” Arcana CEO Sean Patrick O’Reilly said in a statement to TheWrap. “He was an amazing talent, and an amazing person.” Arcana Studio has worked with Plummer on animated features “Pixies”, The “Howard Lovecraft” trilogy, and the upcoming, “Heroes of the Golden Masks. Arcana has also recorded Plummer for another upcoming feature “Ultraduck.”

“Heroes of the Golden Masks” centers on Charlie, a wise-cracking, homeless, American orphan who is magically transported to the ancient Chinese kingdom of Sanxingdui, where a colorful team of superheroes need his help to defend the city from a brutal conqueror. Charlie joins the heroes, and secretly schemes to steal the priceless golden masks that grant them their powers.

Plummer died early Friday at his home in Connecticut. His wife of 53 years, Elaine Taylor, said the cause was a blow to the head after a fall, according to The New York Times.

“Chris was an extraordinary man who deeply loved and respected his profession with great old fashion manners, self-deprecating humor and the music of words,” longtime friend and manager Lou Pitt said. “He was a national treasure who deeply relished his Canadian roots. Through his art and humanity, he touched all of our hearts and his legendary life will endure for all generations to come. He will forever be with us.”

'The Wrong Missy': Which Scenes in the Netflix Movie Were Partially Improvised?