Despite Lin-Manuel Miranda’s apology over the controversy surrounding the film adaptation of his 2005 musical “In the Heights,” it seems that others in the entertainment industry aren’t willing to let sleeping dogs lie. “In the Heights,” which is centered on the lives and struggles of Latinx characters in the New York City neighborhood known as Washington Heights, found itself in the eye of a storm over its lack of Afro-Latinx representation among its cast, with many pointing to the issue of colorism within the Latinx community and in Hollywood at large.

While Miranda was quick to issue a statement in which he expressed remorse over his oversight and his role in contributing to “the hurt and frustration over colorism, of feeling still unseen in the feedback,” others have since expressed outrage over his response. Now, Bill Maher has joined those ranks, stating so during the June 18 episode of his titular HBO show “Real Time with Bill Maher.”

So, what did Maher, who is no stranger to controversy himself, have to say about Lin-Manuel Miranda? And why is he angry over the multi-hyphenate’s statement? Read on after the jump to find out. 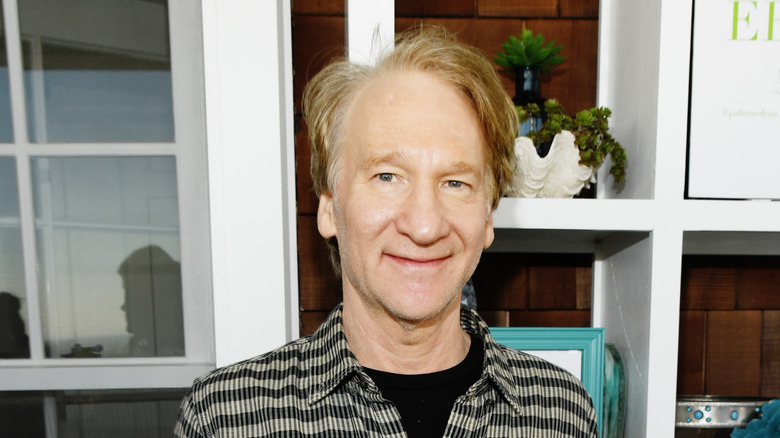 “Stop the apologizing,” said Bill Maher (via Deadline), with regards to Lin-Manuel Miranda’s public statement regarding the colorism controversy. “You’re the guy who made the founding fathers Black and Hispanic,” he continued, referring to “Hamilton,” Miranda’s ground-breaking Broadway smash hit. “The committee that makes note of everyone’s skin tone took note of it,” he continued.

“I mean, he’s a Latino making a Latino movie with a Latino cast. Not good enough. Nothing is ever good enough for these people,” Maher, a white man, went on. “They’re like children. We don’t raise our children right and it’s reflected in the media. No one ever tells their children, ‘Shut the f*** up. Sit down. Listen to your elders. Stop b****ing.'”

Maher’s comments about Miranda’s role as a member of the Latinx community and his role as a producer in his film adaptation of “In the Heights,” which Slate praised for its authentic portrayal of Latinidad, echoed similar — if less expletive-laden sentiments — made by Rita Moreno during a June appearance on “The Late Show with Stephen Colbert.” However, Moreno, who is from and considered an icon in the Latinx community, revised her position after receiving a wave of backlash for her comments. In her own apology, Moreno stated that she was “disappointed” with herself for her initial assessment and that she had inadvertently contributed to the erasure of Afro-Latinx people within the larger community she herself belongs to.

The 2020 Denver Film Fest is still happening, despite coronavirus