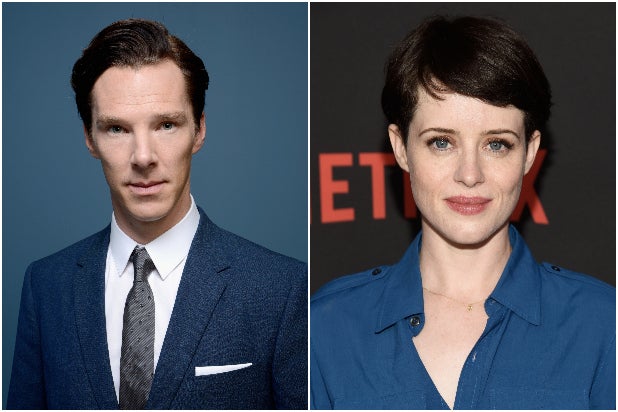 Benedict Cumberbatch and Claire Foy are set to star in “Louis Wain,” a drama from Studiocanal and Amazon about the life of a famed British artist from the 19th century.

BAFTA-nominated director Will Sharpe (“Flowers”) is writing and directing the film based on the life of Wain, an artist born in 1860 in London who came to popularity for his drawings of anthropomorphized, big-eyed cats. It’s also debated among historians whether Wain struggled with schizophrenia, with some psychiatrists saying that his condition is exhibited in his drawings.

Guy Heeley and Adam Ackland are producing “Louis Wain,” and the project is a collaboration between StudioCanal, SunnyMarch, Shoebox, Film4 and Amazon Studios.

Production is set to begin on “Louis Wain” in London mid-August.

“I am thrilled by the prospect of playing the courageous, playful spirit that is Louis Wain and to be producing such a special film. I have admired Will’s work for several years through ‘Flowers’ and from the moment we first met, knew he was the perfect person to bring Louis’ inspirational and odyssean story to life,” Cumberbatch said in a statement. “Together we plan to bring audiences a sincerely uplifting, playful, thought provoking tale of resilience, creativity and the enduring power of love.”

Sharpe added: “I feel very excited to be working on this story about the little known but unique and inspiring Louis Wain.  Benedict, Claire, Andrea, Toby – it’s a dream cast and we have a fantastic team behind the camera too. It’s going to be a real pleasure to build this world with such a wonderful group of people.”

Cumberbatch most recently starred in “Avengers: Endgame,” and he’ll next be seen in the spy thriller “Ironbark” and Sam Mendes’ World War I film “1917.”

Foy is the star of Netflix’s “The Crown” as well as “The Girl in the Spider’s Web” and is an Oscar nominee for her work in “First Man.”

Both Foy and Cumberbatch are represented by UTA.

News of “Louis Wain” was first reported by Deadline.