The movie business has been famously tough on women, who have found themselves excluded from key roles throughout the decision-making and creative processes.

But in parts of the animation industry, women have thrived. Women hold half of the leadership positions at the major film animation companies, new research has found. And, of the top 120 animated films over the last dozen years, nearly four in 10 had female producers, which is more than double the number of women who produced live-action films in that time.

Still, the study, released by the Annenberg Inclusion Initiative at the University of Southern California, showed a mixed bag, especially for women of color, who accounted for just 5 percent of producers on those top animated films.

Women also remained the minority in a slew of key roles elsewhere in animation.

As cherished as such animated characters as Moana, Elsa (“Frozen”) and Judy Hopps (“Zootopia”) are, they are also rarities. Less than a fifth — 17 percent — of the 120 top animated movies from 2007 to 2018 had female leads.

And of the 197 directors of those films, just five, or 2.5 percent, were women. Jennifer Yuh Nelson, who directed two “Kung Fu Panda” films, was the only one to appear on the list twice.

The figures stand in contrast to the number of women who are clearly hoping — and training — to rise in the business.

According to the study, about two-thirds of the students enrolled in animation programs at several top feeder schools in recent years were female. Women also directed roughly half of the animated shorts at several major film festivals in the last few years.

Probing further, researchers found that many women trying to work their way up in the animation business reported that their workplaces heavily favored and promoted men, and left them feeling less valued and recognized.

The researchers said their findings indicate that the animation industry, as with so many others, is governed by a culture of “homophily” — employers’ “birds of a feather” tendency to prefer people who are just like them.

“In this case, the male-dominated nature of animation means that women feel excluded,” the report said, adding, “If the respondents to our survey and interviews are to be believed, the animation industry privileges stereotypes over skills.” 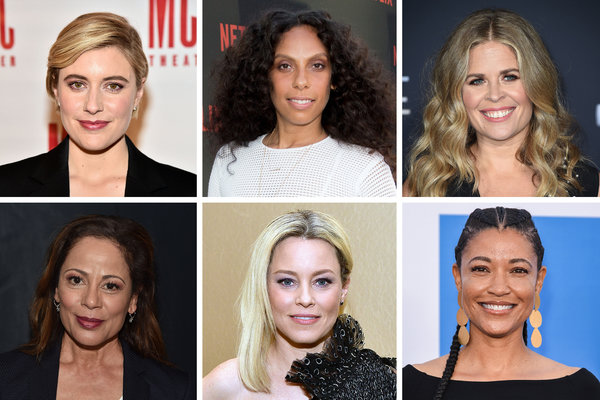 Cara Buckley is a culture reporter who covers bias and equity in Hollywood, and was part of a team that won a Pulitzer Prize in 2018 for reporting on workplace sexual harassment. @caraNYT • Facebook