The ‘Big Little Lies’ star shared screenshots from two sites in which reporters focus on her ‘taut stomach’ and ‘narrow hips’ in describing paparazzi photos of hers.

AceShowbiz –Zoe Kravitz has called out gossip websites for comments their reporters have made about her appearance. The “Big Little Lies” star shared screenshots from MailOnline and JustJared in an Instagram Story on Monday night, July 27, and urged website bosses to “evolve.”

She was particularly irked by a MailOnline story about her, which read “Zoe Kravitz goes braless,” raging, “How is this headline OK?” 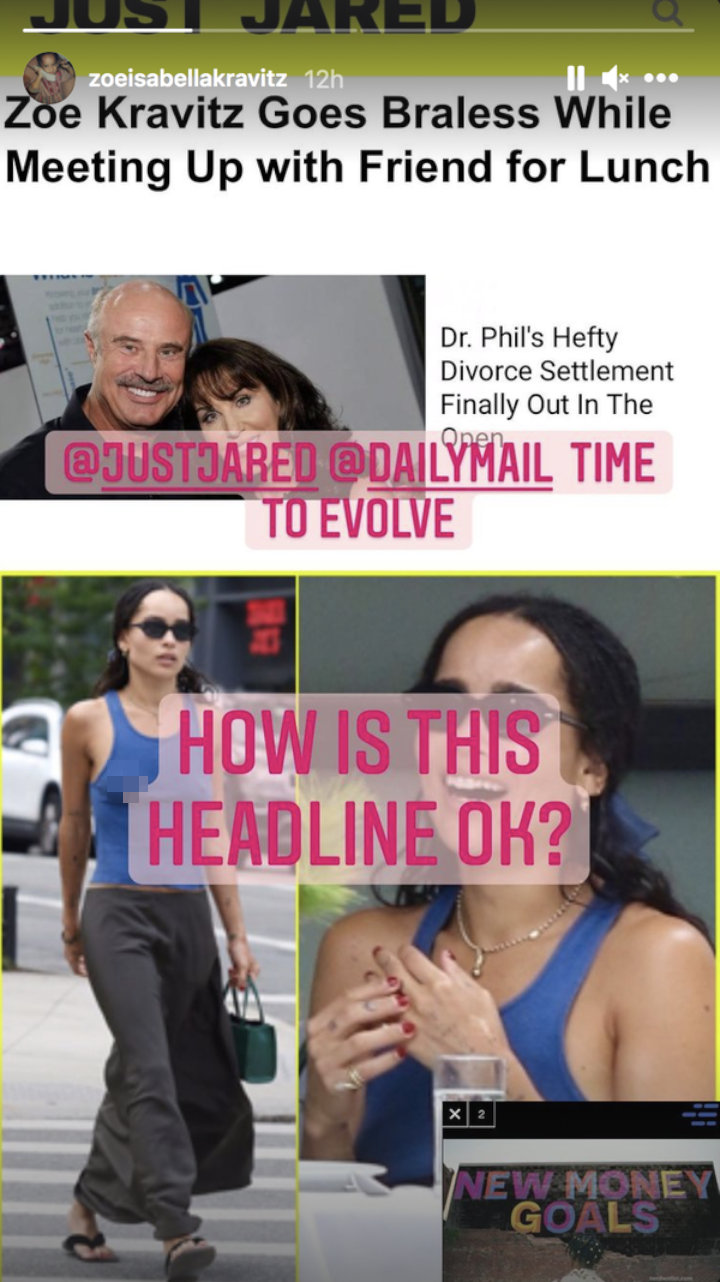 Both sites featured paparazzi photos of the “High Fidelity” actress dressed casually in a blue tank top, maxi skirt and flip flops, but she took aim at the way the British site went on to describe her “taut stomach” and “narrow hips.” Just Jared originally published a similar headline, but changed it after the actress’ post.

Zoe has previously spoken about how fame impacted her body image as a teenager. Last month (June 2021), she told Deadline that the title of her upcoming film, “Pussy Island“, is a “playful” reference to the way women are hyper-sexualized by men.

“As a woman in general, and a woman in this industry, I’ve experienced some pretty wild behavior from the opposite sex,” she told the industry site. “The story evolved into something else, but the title wound up having multiple meanings.”

“And it alludes to this time and place we claim to not be in anymore, in terms of sexual politics,” the daughter of Lenny Kravitz went on explaining. “People are evolving and changing but there is still a bad taste in a lot of people’s mouths from past behavior.”