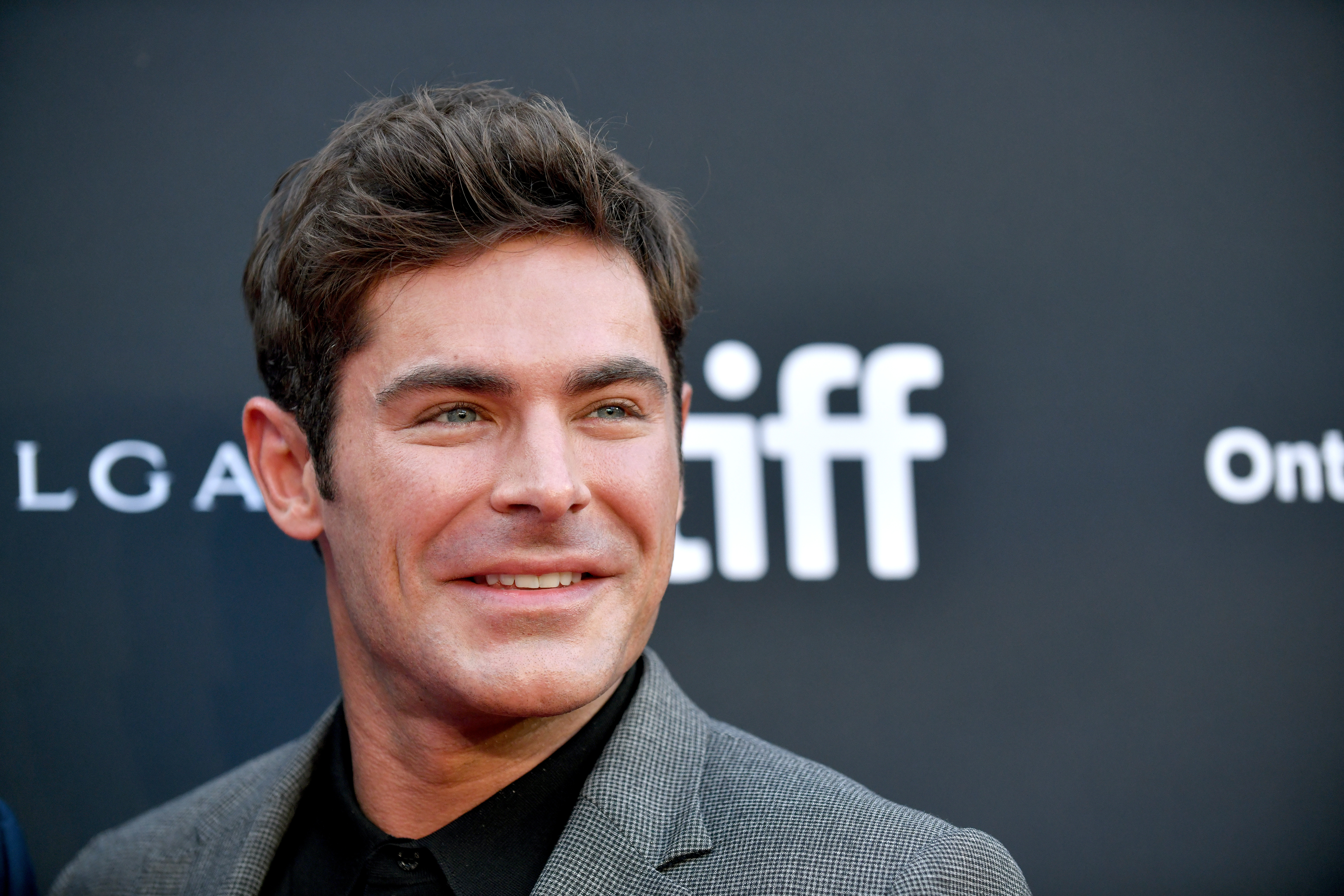 Zac Efron has no interest in the rumours that he got plastic surgery, revealing he ‘almost died’ in the accident that caused him to get surgery on his jaw.

The High School Musical star, who this week walked his first red carpet in three years, had to get the surgery after slipping on a sock and smacking his face into a granite fountain.

Speaking about the rumours, he said: ‘My mom told me. I never really read the internet, so, I don’t really care.’

However, he added to ET of the severity of the situation: ‘It was funny. It sucks. I almost died, but we’re good.’

Zac, 34, previously explained that the hit knocked him out and when he woke up his chin bone was ‘hanging off his face’.

The actor explained to Men’s Health magazine: ‘The masseters [muscles in his jaw] just grew. They just got really, really big.’

The High School Musical star also explained that he didn’t know about the viral speculation about his changed appearance until his mum called and asked if he had gone under the knife.

‘If I valued what other people thought of me to the extent that they may think I do,’ he told the magazine, ‘I definitely wouldn’t be able to do this work.’

This week, Zac made an appearance at the Toronto International Film Festival to promote his new movie, The Greatest Beer Run Ever.

The Greatest Showman star opted for a smart grey checked suit and black polo shirt for his first premiere in three years, as he smiled for the camera.

He looked to have a blast on the carpet, greeting fans and celebrating his upcoming flick, which is due for release at the end of September.

The Greatest Beer Run Ever follows John, a US Marine Corps veteran turned merchant who is tasked with sneaking to Vietnam during the war.

A group of New York residents who have lost loved ones in the war ask John to deliver messages from home – and most importantly beer – to their friends who are still alive and fighting in the war.