Younes Bendjima insists that he wasn’t throwing shade at ex-girlfriend Kourtney Kardashian and Travis Barker by posting a cryptic quote about “modesty” on Instagram. The 27-year-old model took to his Instagram Story on April 28 to explain: “I always post quotes since years, all types of quotes. Stop attaching myself to people that are not part of my life anymore, it’s been two years let’s move on.” 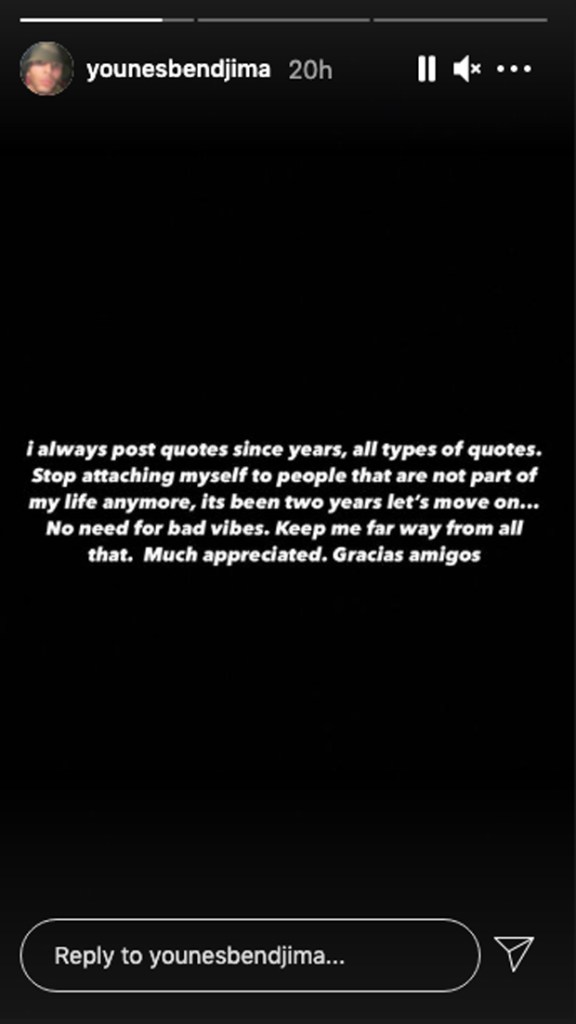 Younes ended his message by saying that he wants to be kept “far away” from any “bad vibes.” The drama started after Kourtney and her boyfriend of four months shared some major PDA on the app. As in, the couple passionately making out in the desert while Kourtney wearing nothing but a thong bikini. Younes posted a quote to his Instagram Story, which has since expired, that fans thought was aimed at the viral post.

“Shamelessness has become so normal in today’s society that modesty has become strange,” Younes posted on April 26. While the Kardashians love themselves a good cryptic quote when it comes to relationship drama, Younes denied that he’s playing the same game. Younes and Kourtney dated on and off from 2016 to about 2019.

Kourtney revealed in a recent episode of Keeping Up With The Kardashians that they had still been texting up until the end of 2020. “He’ll text me once in a while… I’m feeling really content with my own way of life,” she told sister Khloe Kardashian while discussing her ex. Now, it’s all about Travis, the Blink-182 drummer who’s fully captured her heart. 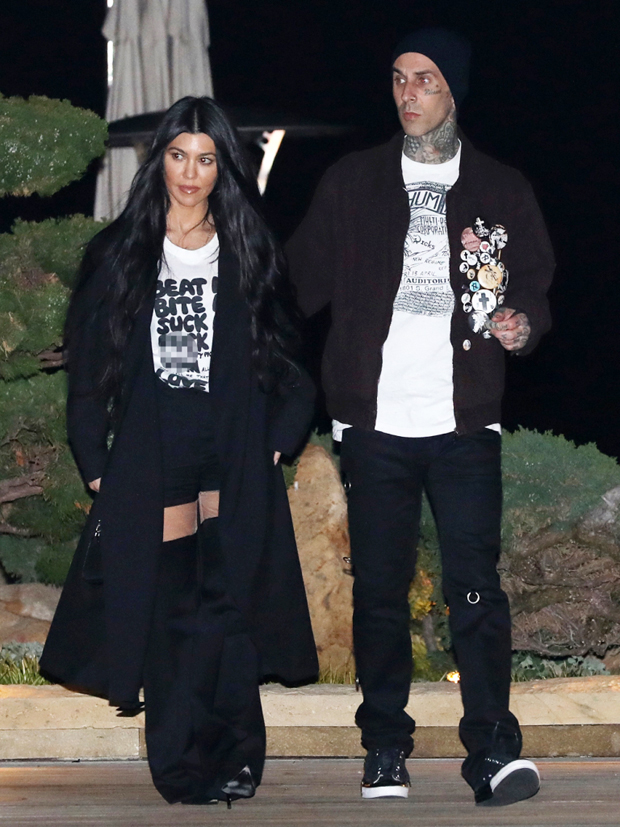 The two have made it very clear that they’re deliriously in love, filling social media with both steamy PDA shots and sweet gestures. For Kourtney’s 42nd birthday on April 18, Travis filled her home to the brim with flowers and called her “a blessing to this world” on Instagram. It’s been just a few short months, but Travis can already see himself marrying Kourtney, a source told HollywoodLife!

Can We Talk About How Cool Henry Golding's Wife, Liv Lo, Is?