Speaking out. Jamie Dornan is weighing in on Gal Gadot’s widely panned “Imagine” video, during which he joined several other stars as a way to bring joy amid the ongoing coronavirus pandemic.

During an appearance on “Tea With Me” podcast on Wednesday, April 8, the 37-year-old Fifty Shades of Grey actor opened up about the backlash the clip received. In doing so, he revealed that Kristin Wiig, who costars with Gadot, 34, in Wonder Woman 1989 and Dornan in Barb and Star Go to Vista Del Mar, reached out to him about participating.

“Kristen texted, ‘Gal and I are trying to organize this thing to lift spirits.’ So I was like, ‘Of course I’ll do it,’” he recalled. “Then she texted days later, saying, ‘Sorry.’”

Dornan hadn’t realized the negative reaction the clip had garnered because he doesn’t have a presence on social media, but he stated that Gadot was “trying to do a good thing” nonetheless and that he “just got dragged along with it.” 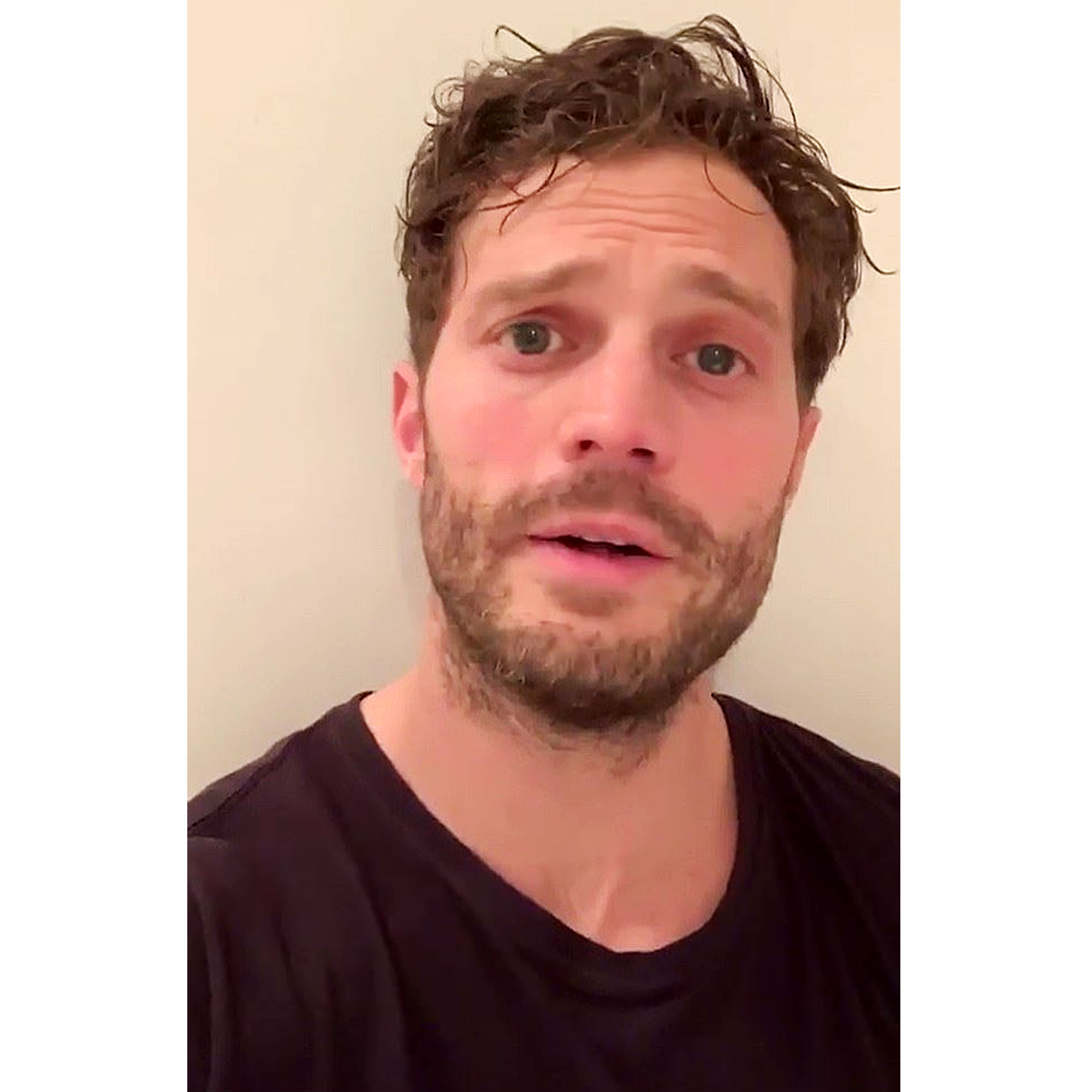 Meanwhile, Dornan detailed his belief as to why the clip wasn’t well-received by the masses.

“I’ll tell you what the problem was. I literally did mine in the toilet of my house … Quite clearly, some people had escaped to their second home,” he explained.

“There’s too much acreage in the background, too many beautiful trees swaying in the background, clearly in front of an ocean, that sort of craic,” the Irish actor continued. “I was quite aware of that whenever I was doing it, to make it normal.”

“Hey, guys. Day six in self-quarantine. And I’ve got to say that these past few days got me feeling a bit philosophical,” Gadot said while opening the three-minute clip. “You know, this virus has affected the entire world, everyone — [it] doesn’t matter who you are, where you are from, we are all in this together.”

The Fast & Furious actress revealed that she was inspired to create the video after seeing a video of an Italian man playing “Imagine” on the trumpet from his balcony to others in quarantine. Gadot noted how “there was something so powerful and pure” about that clip before kicking off the John Lennon cover. The video ultimately received negative feedback from viewers and critics alike.

'Pirates of the Caribbean' Prompted Johnny Depp to Purchase a $3.6 Million Private Island