Macy, 69, was photographed on Wednesday, May 29, carrying two balloons that read, “Congrats Grad!” out of a store in West Hollywood. The Shameless actor kept it casual in jeans, a denim jacket and sneakers.

According to TMZ, 18-year-old Sophia, whom Macy shares with wife Felicity Huffman, will be wrapping up her time at the Los Angeles High School of the Arts very soon. The teen’s graduation comes amid the 56-year-old Desperate Housewives alum’s legal battle over her alleged participation in the nationwide college admissions scandal.

Huffman, who married Macy in September 1997, was arrested and charged with conspiracy to commit mail fraud and honest services fraud in March after allegedly making “a purported charitable contribution of $15,000 … to participate in the college entrance exam cheating scheme on behalf of [Sophia],” according to court documents. She also allegedly “made arrangements to pursue the scheme for a second time” for 17-year-old daughter Georgia, but ultimately decided “not to do so.” 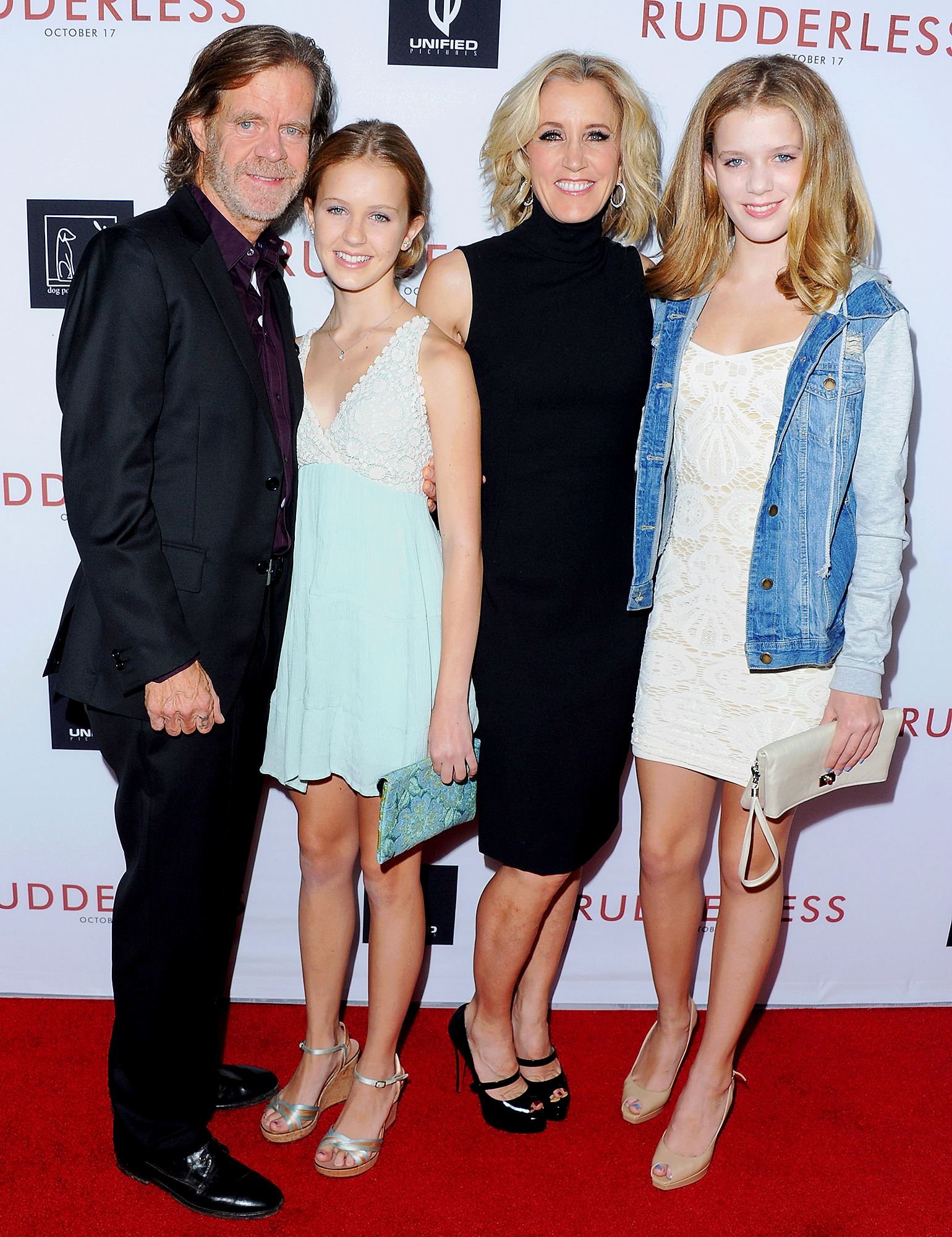 One month later, the Oscar nominee apologized for causing her family “pain” and accepted responsibility for her role. “I am in full acceptance of my guilt, and with deep regret and shame over what I have done, I accept full responsibility for my actions and will accept the consequences that stem from those actions,” she said in the statement. “I am ashamed of the pain I have caused my daughter, my family, my friends, my colleagues and the educational community.”

Huffman officially pleaded guilty to the fraud charges on May 13. According to an eyewitness, the Cake actress “was crying” as she went before a federal judge and entered her plea.

While the Transamerica actress pleaded guilty, fellow actress Lori Loughlin and her husband, Mossimo Giannulli, pleaded the opposite for their alleged roles in the scandal. The pair were also arrested in March after they allegedly paid $500,000 to ensure that their daughters, Bella, 20, and Olivia Jade, 19, would be admitted into USC as crew recruits, even though they do not participate in the sport.

The Fuller House actress, 54, and the fashion designer, 55, rejected a plea deal in April that would have required them to serve a minimum two years in prison, and pleaded not guilty to mail and wire fraud. They were later hit with money laundering conspiracy charges.

Caitlyn Jenner opens up on strained relationship with Kris Jenner