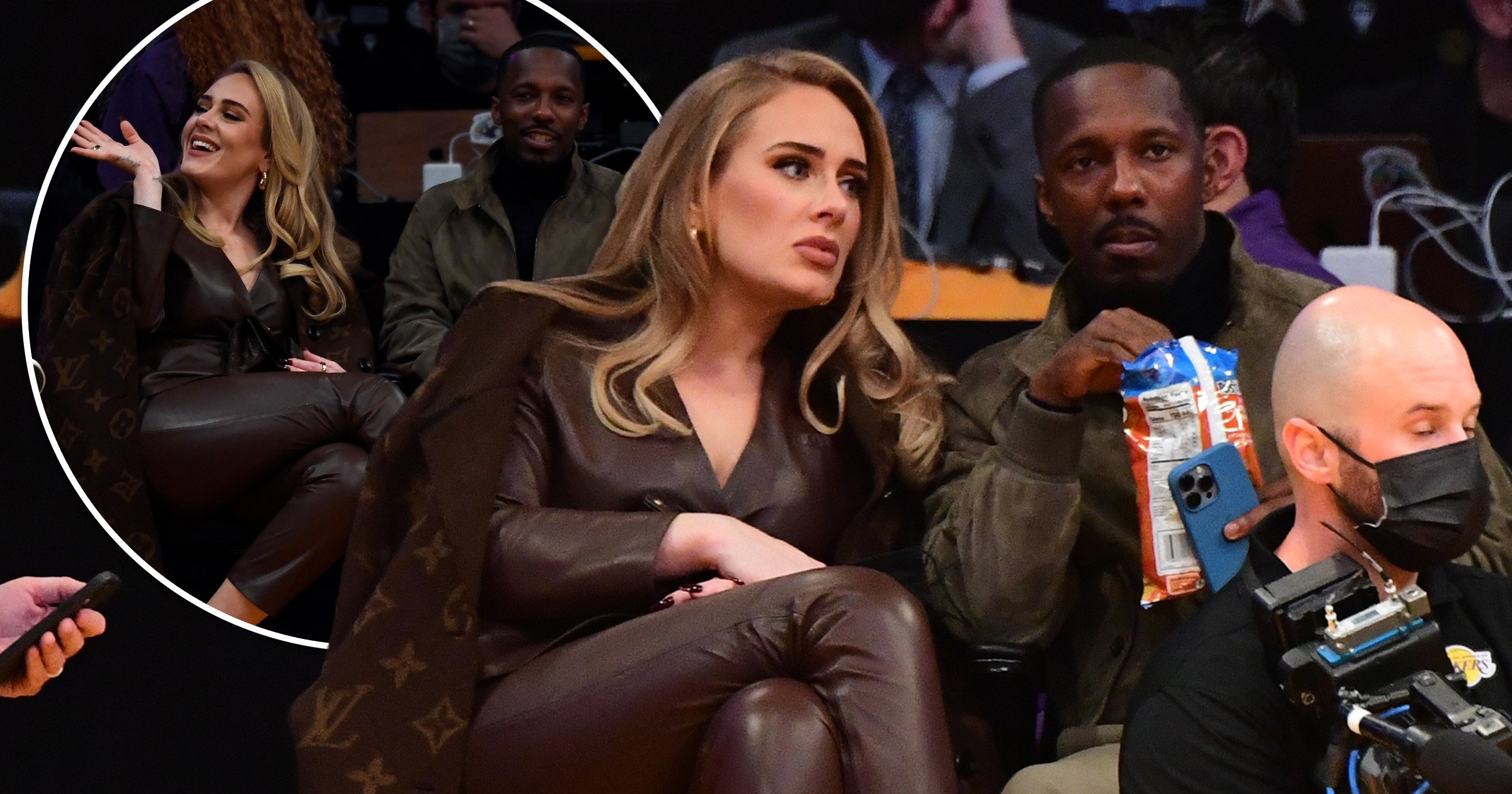 In a sit-down interview with Oprah Winfrey, Adele has opened up on her blossoming relationship with boyfriend Rich Paul, saying it’s the first time she’s ‘loved myself and been open to loving and being loved by someone else’.

The 33-year-old star performed for fans during her candid CBS interview special, One Night Only, which aired ahead of her UK ITV special, An Audience With Adele.

Speaking about headline-grabbing topics including her weight loss and her divorce from ex-husband Simon Konecki, Adele also mused on her new partner, Rich.

In it, the Easy On Me singer heaped praise on her beau, saying: ‘He’s just hilarious. Oh, he’s so funny, he’s hilarious, yeah. And very smart.

‘You know, he’s very, very smart. It’s quite incredible watching him do what he does. And just the easiness of it. It’s just been very smooth.’

But who is Rich Paul, and how long has he been dating Adele?

Who is Rich Paul? Age, career, Instagram and net worth

American sports agent Rich, 39, is regarded as one of the most powerful men in sport.

He owns a super successful agency, which manages LeBron James, among other NBA basketball players.

It’s reported Rich first met LeBron in 2002, when he worked at Creative Artists Agency, under the sportsperson’s then-agent Leon Rose.

He went on to found Klutch Sports in 2012, which is based in Los Angeles. Other clients include Anthony Davis, Ben Simmons, Draymond Green, and Lonzo Ball.

Rich is also in the process of writing his memoir, called Lucky Me, which he hopes will ‘uplift and inspire those who lived this and educate those who didn’t’.

Off the back of his successful career managing some of the biggest sports stars, it’s been reported Rich is worth an estimated $100 million (£74m).

He’s also active on social media, with more than 365,000 followers on Instagram where he mainly posts about his various clients and work with Klutch.

How long have Adele and Rich Paul been together?

Adele and Rich have been together since spring 2021, months after her divorce from Simon was finalised.

As rumours swirled the pair were dating, they went Instagram official after they attended the lavish wedding of NBA player Anthony Davis in September, where Adele shared a photo of the pair to social media.

Prior to the wedding Adele and Rich had only been spotted together once, sitting courtside at the NBA Finals, in July.

In a recent profile with Rolling Stone, the singer revealed she met Rich on a dancefloor at a mutual friend’s birthday party years ago – before they reconnected in spring, around the time her father, Mark Evans, died.

While she doesn’t remember which song they danced to, Adele said she assumes it was something by Drake.

Shortly before he was pictured with Adele for the first time, the businessman hinted he had been spending time with her in an interview with the New Yorker.

The father-of-three said: ‘She was over yesterday’, with the writer saying he dropped the name of a ‘major popstar’, and when asked what they were doing, he replied ‘hanging out’.

Speaking to Oprah for her special, Adele said her relationship with the 39-year-old is the first time she’s ‘loved myself and been open to loving and being loved by someone else’.

She added: ‘It’s just timing. But it’d be interesting to see what my reaction is like in general to anything that hurts me now that I feel so secure in myself, and I’m talking outside of romance as well.’

When did Adele split with Simon Konecki?

Adele was married to charity entrepreneur Simon who she began dating in 2011 and they welcomed their son Angelo the following year.

However, it was announced that they had separated in April 2019, and their divorce was finalised earlier this year.

The pair remain close, though, and charity CEO Simon – who lives across the road from Adele and Angelo – was reportedly in attendance at Adele’s performance at Griffith Conservatory, along with their son.

Adele told Oprah: ‘I think Simon probably saved my life, to be honest. He came at such a moment, whereas the stability that him and Angelo have given me, no one else would ever have been able to give me, like, especially at the time in my life. I was so young and I just think I got a bit lost in all of it.

‘He came in and was stable. The most stable person I’ve ever had in my life up until that point, even now I trust him with my life.’

Rob Lowe Clears The Air About This Harry And Meghan Rumor