Apple hosted its annual Apple Worldwide Developers Conference during the first week of June, giving the world a glimpse into upcoming software and hardware from the tech giant. From brand-new monitors, to additions to WatchOS, to the iPad getting its own operating system, Apple users can expect to see a lot of changes with their devices and product availability by the end of fall 2019. One major change coming to Apple’s Mac operating system is the end of iTunes as we know it, which may have you wondering: where will my iTunes music go? Here’s everything you need to know about Apple’s new music app and how your user experience will change.

The iTunes change will come with Apple’s launch of its newest operating system, macOS Catalina, which is slated to be released to the public in fall 2019. When Apple users update from their current operating systems to Catalina, iTunes will disappear and be replaced by three new apps: Apple Music, Podcasts, and Apple TV, all of which will have lived within iTunes until the change. Transitioning from iTunes to Apple Music will mean that people won’t have to buy individual songs or albums anymore — instead, they can subscribe to Apple Music’s subscription service to access to company’s entire library of songs. But Apple users can still buy songs from the iTunes store, which will be sticking around through these changes, if they want to — the downloaded songs will just go to the Apple Music app instead of iTunes.

So what will happen to the current songs in your iTunes library? Luckily, every song and album you’ve purchased, ripped, uploaded, or imported will transfer to Apple Music when you update your software to Catalina, meaning you won’t lose a single file you already have in there. Plus, Apple users wont have to do anything with their current iTunes library and downloads since the transfer is automatic. If you have Apple Music on your phone already, the transition will be similar — the app may be organized differently, but that doesn’t mean you’ll lose anything you already own. 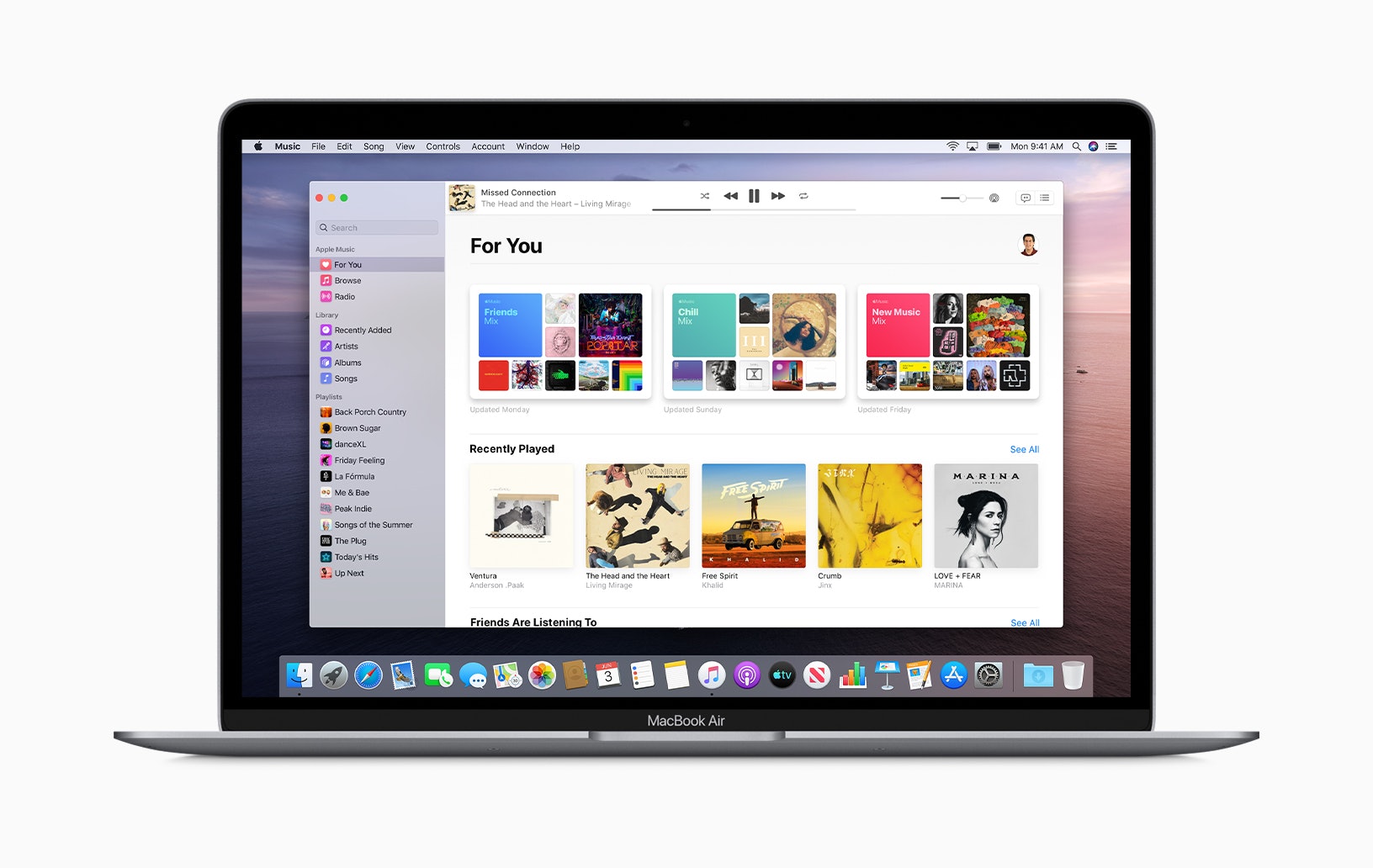 Other new apps that will spur from iTunes’ retirement are the Podcast app and the Apple TV app, both of which will have dedicated platforms outside iTunes within Catalina. Podcasts you were previously subscribed to within iTunes will be transferred over to the Podcasts app during the changeover to Catalina, which will allow you to continue listening, browsing, and searching for more podcasts. Meanwhile, the Apple TV app will house all your previously purchased TV shows and movies and feature new Apple TV channels, Watch Now, a Kids section, and Up Next. 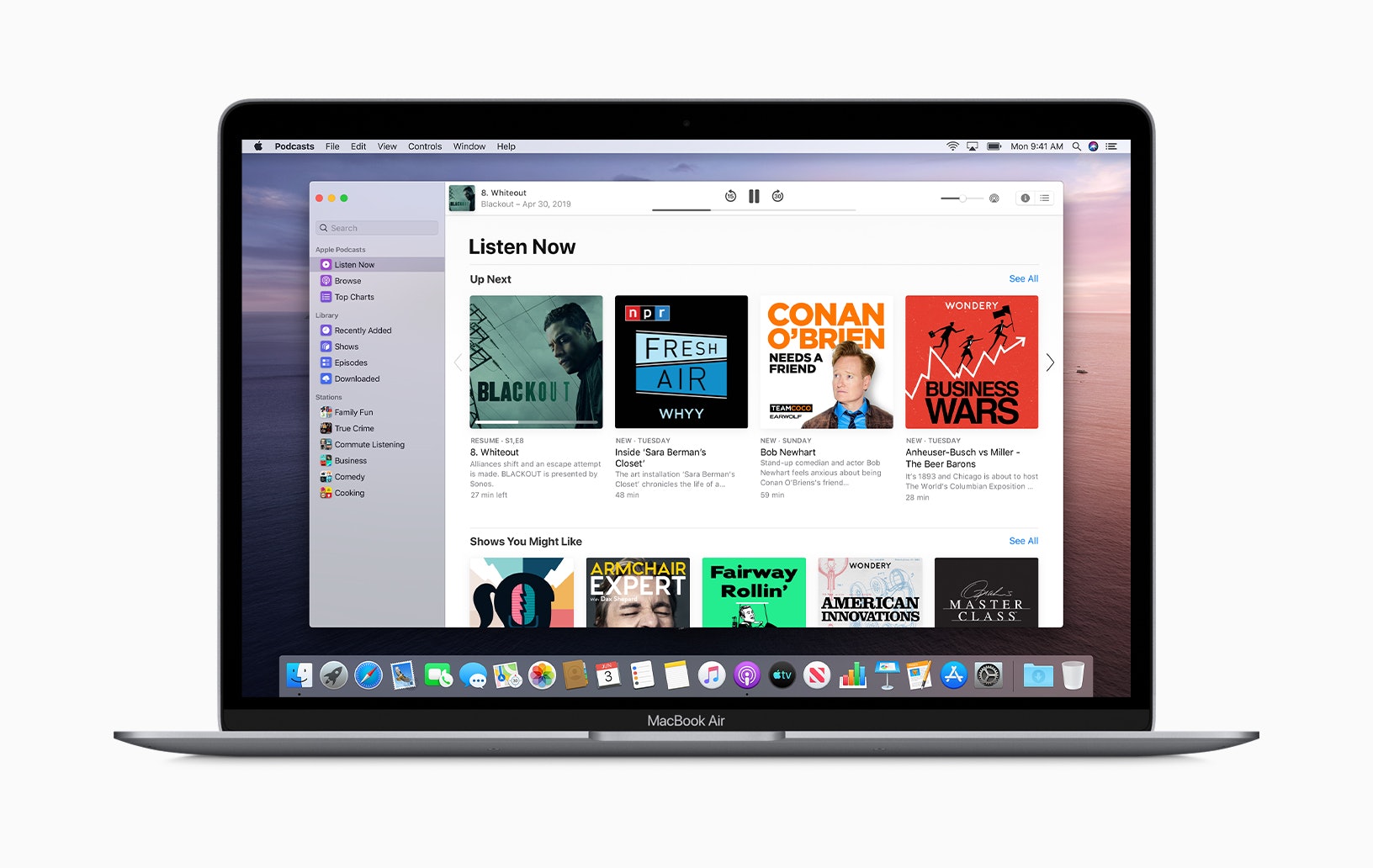 The new changes are great for people who like having organized, dedicated spaced for all their different kinds of media, and will help Apple users access even more content in new ways across the operating system, whether its music, film, television, or podcasts. Though the new macOS Catalina will be available for public beta testing sometime this summer, most people can expect access to the software fall 2019. Stay tuned.

Megan Fox Calls Machine Gun Kelly Her 'Twin Flame': How Did She Describe Her Connection with Brian Austin Green?

20 Deleted Celebrity Tweets That Will Live On Forever