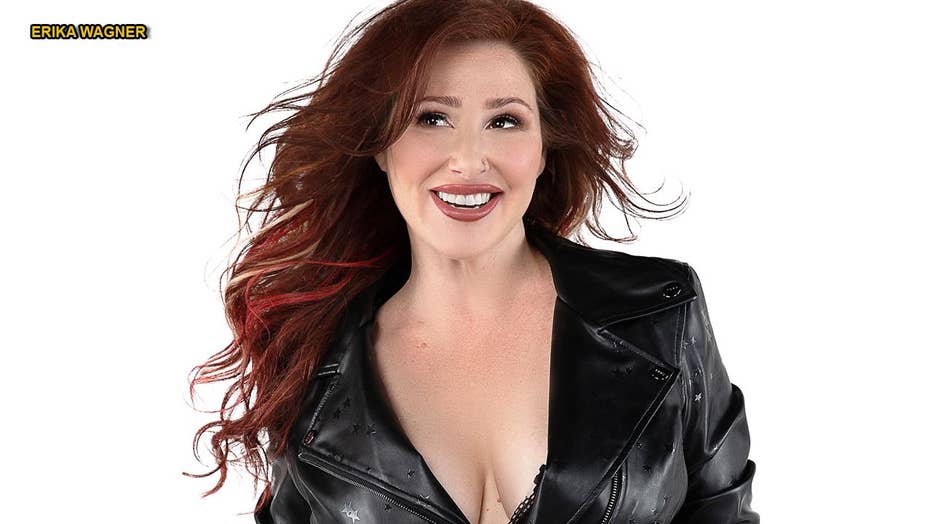 Tiffany Darwish, simply known as ‘Tiffany,’ reflects on her 1987 hit ‘I Think We’re Alone Now’ and her alleged rivalry with fellow pop star Debbie Gibson. Tiffany, who recently released her new album ‘Pieces of Me,’ is gearing up to hit the road for a tour.

Tiffany Darwish, the '80s pop idol who captivated teens in malls across America with her hit song, “I Think We’re Alone Now,” is hitting the road.

The 47-year-old, simply known as Tiffany, is headlining a U.S. tour after performing 55 shows in 53 cities for more than 600,000 fans on the “Mixtape Tour” alongside her alleged music rival Debbie Gibson. Not only has Tiffany released her 10th studio album titled “Pieces of Me,” but the music video of her remake to 1987's “I Think We’re Alone Now” was released in April of this year, reaching more than one million views.

TAYLOR DAYNE RECALLS FINDING FAME WITH ‘80S HIT ‘TELL IT TO MY HEART’: ‘I WAS PRAYING TO GET SIGNED'

Tiffany spoke to Fox News about why she doesn’t get tired of performing the iconic track, what her relationship is really like with Gibson, 48, and how she managed to escape the child star curse after having a No. 1 hit at age 15.

But "I Think We're Alone Now" is such a great song that really you can do it in so many different ways. The new version is a little bit more rocked out, but it still has that retro vibe and that fun behind it. Doing the video, going back to California… going to my high school… that was awesome.

So I got to go back to Norwalk, California, get my friends involved, we were rocking the Children Behave shirts. It was a blast. I really had a good time re-creating that video… I love all the support and I'm so grateful for everybody loving the new "I Think We're Alone Now" version.

It was bigger than I even imagined, even when I got the record deal. It was one thing to be a singer in America, but then when I started to travel the world and everyone loved the song and were wearing jean jackets, knew a lot about me as a person — it really affected me. I never get tired of singing that song because it makes people happy.

Fox News: What’s your relationship like with Debbie Gibson?
Tiffany: My relationship with Debbie Gibson, Deb to me, is great. So many people thought we had a rivalry, which never existed, but we really didn't know each other to be honest with you, as girlfriends. We were so busy working our own careers. She's East Coast, I was West Coast. And then we've always kept in contact with each other and saw each other through the years… But really sitting down, talking and just becoming buddies? Not really, until we did [2011's] "Mega Python vs. Gatoroid," which was totally crazy.

But being on set every day led to us just hanging out… and just kind of getting to know her more. And then we did "The Mixtape Tour" together, which just was this past summer. And you're on a bus and you see each other every day, and sometimes there's downtime. It was really nice. We would go on each other's buses and just talk, have a cup of tea like girlfriends. Talk, not just about music but our personal lives and fashion. It's really nice to have her as one of my dearest friends. 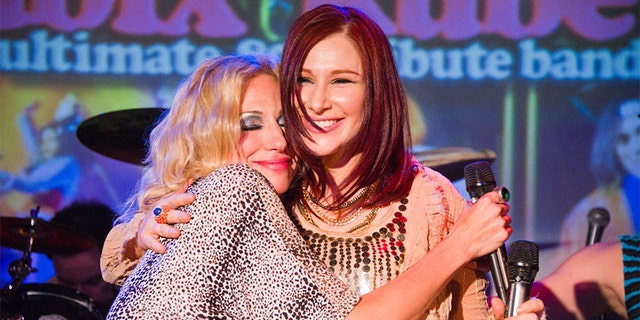 Musician Debbie Gibson (L) and musician Tiffany (R) perform during the Back To The Eighties Show on January 22, 2011, in New York, United States. (Photo by Michael Stewart/Getty Images)

Fox News: What's the strangest encounter you've ever had at a mall?
Tiffany: The strangest encounter I've ever had in a mall? I think that the malls for me have been … interesting. I really missed the mall tour when it started to phase out. I got too big, it was a nice problem to have. But there was something so intimate about the mall. I think maybe some of the weirdest experiences have been definitely now after the mall tour. When I go shopping at a mall, people do a double-take all the time. And I start to panic a little bit because then I realized they recognize me.

Usually, I'm just in there with my hair in a ponytail, doing something, not even paying attention. And I have had people come up to me and go, "Are you going to sing? Are you singing here today?" And I was like, "Oh no, that hasn't happened in a long time. But I am shopping." The mall tour made me a mean shopaholic. So I have a little bit of a shopping addiction, I have to say.

Fox News: How did you escape the so-called child star curse?
Tiffany: Well, I think for me, I had a child when I was 21 basically. And that probably slowed me down a bit, because you can get in trouble. I think that it's not really an age thing. Of course, it's easier when you're younger and everything is happening. You've got money and you're running the streets. About that time it would've been LA for me. And people don't tell you no. That's just the truth. So you can get into as much trouble as you want.

But for me, having a baby grounded me definitely. So I escaped that… I just think that for me, I always had that vision of my career. Plus, I was looked at as somebody teenagers looked up to and parents looked up to. So I had to be very careful. But definitely, I had people coming and exposing me to a lot of stuff. You go to parties, things are there — drugs, all kinds of stuff. But I took my career seriously. And when I had my son, that was it. My whole life changed.

Fox News: How was it taking time off from your career to focus on motherhood?
Tiffany: Of course I took that first year off, and that was the best. But then [my son] started to travel with me and go on the road. I was able to take him until he was about five or six. And then I made a choice to start going out on summer tours and not tour the rest of the year. I really wanted Elijah to have a real life, have friends. I wanted to do the whole PTA mom thing and experience all of that.

… I kind of had the best of both worlds for a while. But I definitely put my career a little bit on hold for a second when he started school. But those were great years for me because… I was learning to be a different artist, wanting to produce… Taking that time off, I was growing behind the scenes. And I think that's what you see now. 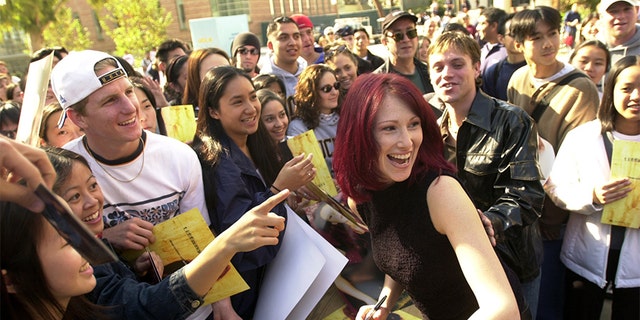 Pop music singer Tiffany laughs with fans while signing autographs November 16, 2000, after a free concert at the University of California Los Angeles in Los Angeles. (Photo by David McNew/Newsmakers)

Fox News: How does it feel to headline a tour at this point in your career?
Tiffany: It feels amazing… I've wanted this for a while… For me, I'm a live performer. That's where I enjoy the best of the music for me. I love the studio and I love all of it, the writing process and everything, but live performing for me is where it's all at. So I'm going to really enjoy this.

Fox News: What can audiences expect from the album "Pieces of Me"?
Tiffany: "Pieces of Me" the album is much more rock-based. I think I've always been kind of a rocker. If you look at me in the '80s, I was inspired by Stevie Nicks and Heart. Those were really my influences. For me, I've always wanted to show that side of my voice. I love the ballads "Could've Been" and "All This Time" because they show that I can sing. Love "I Think We're Alone Now," but it didn't necessarily show that I was a singer. And I've always envisioned in my head… doing more of the rock side of things.

I love all the pop stuff that I've done before. I will always be grateful for my beginning. But… I think you're going to see a whole different side of Tiffany that people didn't know with this music.