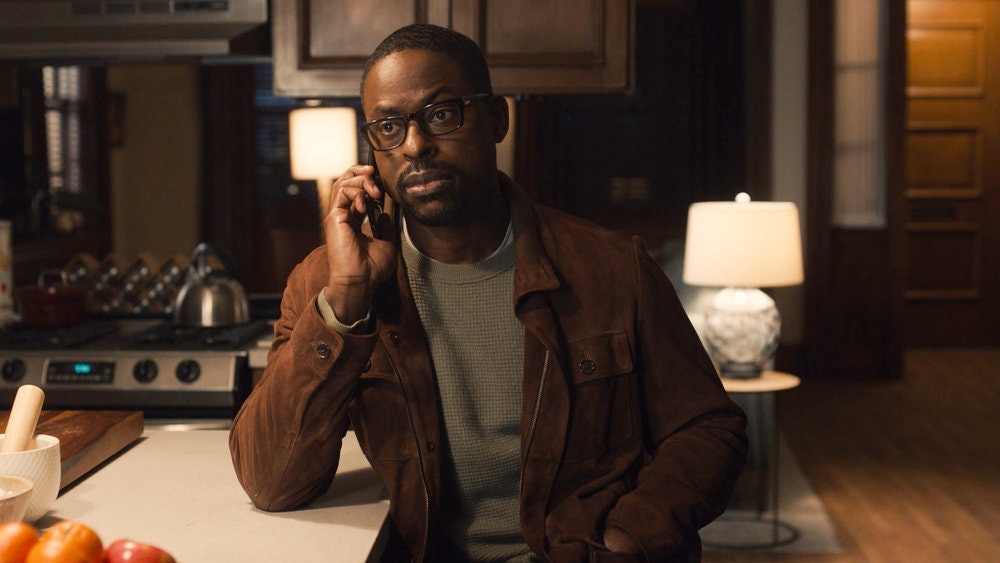 This Is Us‘ return after a week off kept the different sections of the Pearson family relatively in their own bubbles. Kate and Toby aimed to stabilize their relationship with her going to work and him as a stay-at-home dad. Kevin and Madison planned for a wedding. And on to the other side of the country, Randall went to his first group therapy session for trans-racial adoptees. But the This Is Us Season 5, Episode 13 promo promises that the Pearsons will mix it up next week, with Kevin taking a trip to see his brother in Philadelphia.

Warning: Spoilers for This Is Us Season 5, Episode 12 follow. Since Season 4’s estrangement between Kevin and Randall, fans have been itching to see the Pearson brothers reunite. So far, the show has taken its time getting there. Randall and Kevin found a tentative space in the Season 5 premiere. After Randall’s talk with Kate about how it was for him growing up, it seemed like there was a path to reconciliation.

Randall’s journey to discover his biomom’s history was a breakthrough. That lead to his staying on the phone with Madison until Kevin arrived, which was less an olive branch than an entire olive tree. But the complicated conversation still hasn’t happened, and as Kevin acknowledged at the end of Episode 12’s "Both Things Can Be True," that’s because it’s one they need to have in-person, not over the phone.

In the trailer for Episode 13, "Brotherly Love," it seems that Kevin will be the one to make that effort, taking a trip to see Randall in the most appropriate place for all of this: Philadelphia, The City of Brotherly Love. The synopsis says as much:

There’s enough here that This Is Us could do a one on one episode of just Randall and Kevin having the talk of their lives for an hour. (Sterling K. Brown and Justin Hartley are also good enough actors to carry such an episode to boot.) But staff writer Danielle Bauman and co-executive producer K.J. Steinberg both suggest there’s more to this episode than the trailer and synopsis are letting on. When asked by Entertainment Weekly for a one-line summary of next week’s upcoming episode, here were their hints:

Exactly what either hint means remains to be seen. This Is Us Season 5 continues airing on NBC on Tuesdays at 9 p.m. ET.