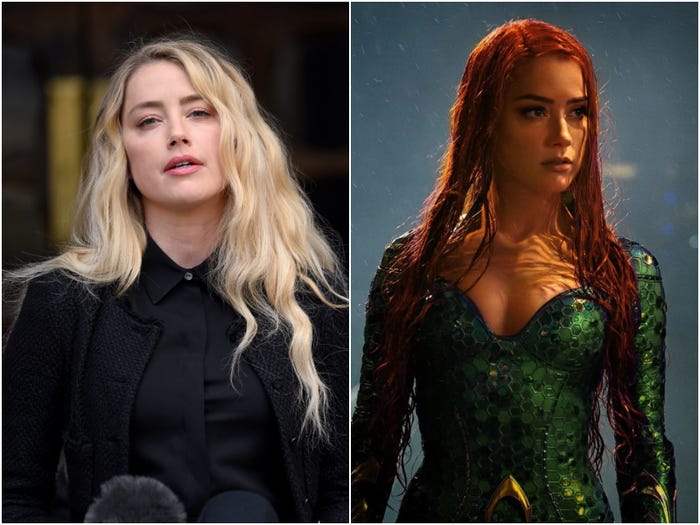 The online petition to remove actress Amber Heard from "Aquaman 2" has now reached over 1.5 million signatures.

The protest comes after Heard's ex-husband Johnny Depp was removed from his role in the "Fantastic Beasts" franchise following his libel case loss against The Sun newspaper.

The Change.org petition wants the same treatment applied to Heard and demands that she be removed from her big-budget franchise. Heard plays Mera in "Aquaman."

The petition writes that "Since Heard's divorce from Johnny Depp, she has systematically crusaded to ruin Depp in Hollywood." The petition alleges that Heard lied about her accusations against Depp and is herself "a known and proven domestic abuser."

The petition continues: "Men are victims of domestic abuse, just like women. This must be recognized, and action must be taken to prevent a known abuser from being celebrated within the entertainment industry. Do the right thing. Remove Amber Heard from Aquaman 2."

Depp had sued the UK tabloid and its editor Dan Wooton over the use of the phrase "wife beater," with the paper alleging that Depp had physically abused Heard during their relationship. Depp denies all allegations, but Judge Andrew Nicol ruled that there was enough evidence enabling The Sun to use that phrase.

On Instagram, Depp called this ruling "surreal" and wrote that the decision led to Warner Bros. asking him to resign from his role as Gellert Grindelwald in "Fantastic Beasts."

Depp agreed to the request, with Mads Mikkelsen replacing him, but insisted he would "fight to tell the truth." The actor suffered another blow, however, when he was denied an appeal. Depp counter-alleges that Heard was the one who abused him, although she denies these allegations, too.

However, Heard has previously said that she will reprise her role as Mera in the "Aquaman" sequel. In a statement to Entertainment Weekly, Heard said: "I'm super excited about the amount of fan love and the amount of fan appreciation that 'Aquaman' has acquired and that it has garnered so much excitement for Aquaman and Mera that it means we'll be coming back."

Offset was detained & released after altercation with Trump supporters & police

Partying Prince No More! Harry Has ‘Really Matured’ Since Becoming a Father