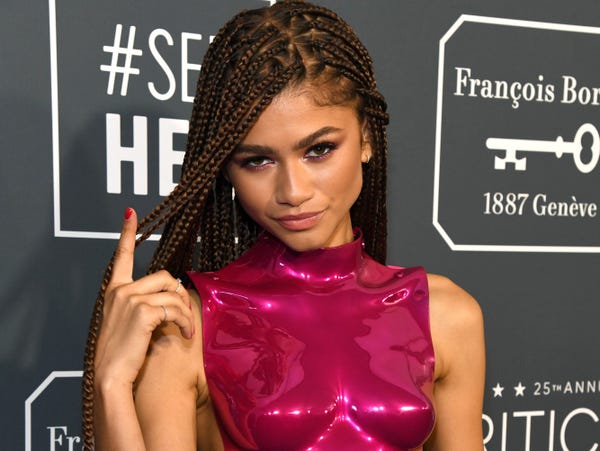 Zendaya shared photos of her new hairstyle to Instagram on Monday, and the post received over one million likes in five hours, according to International Business Times.

The "Euphoria" actress didn't even caption the pictures, which featured her posing in the sun with braids.

But followers still went wild for the photos, and "Zendaya" became a trending topic on Twitter shortly thereafter, with fans sharing their love and support for the actress and her new look.

Some fans thought there was a chance the tweet could become one of the most-liked tweets of all time — Zendaya's tweet currently has 1.7 million likes and over 250,000 retweets at the time of this story. The most-liked tweet of all time, however, is from Chadwick Boseman's official account that announced the actor's death. It currently has 7.7 million likes at the time of this article.

This is not the first time the actress's look has made an impact. Zendaya has frequently made headlines for her hair transformations for roles and in her day-to-day life.

In 2015, Zendaya wore her hair in dreadlocks on the Oscars red carpet. After E!'s "Fashion Police" host Giuliana Rancic joked that her hair looked like it "smells like patchouli oil or weed," Zendaya shut Rancic down for the "disrespectful" remark.

"My wearing my hair in locs on an Oscar red carpet was to showcase them in a positive light, to remind people of color that our hair is good enough," the actress wrote at the time. "To me locs are a symbol of beauty and strength, almost like a lion's mane."

Kate Garraway husband: How did he catch Covid? Is he awake?