If you’ve heard of Rose Hanbury, there’s a good chance that you’ve also heard her name in the same sentence as Prince William and Kate Middleton. That’s because back during the Spring of 2019, there were reports that suggested Rose was Kate’s “rural rival” amongst their social circle of friends in Norfolk, while others suggested that Rose allegedly was more than just a friend to William.

And while the royal rota was very quick to shut down any rumors of a possible affair between William and Rose, as per the Daily Mail’s Richard Kay, the Cambridges have not made one single comment about it. But there have been plenty of times in which William has reminded the world just how much he loves his wife. During their engagement interview with Sky News in 2010, William admitted that it was Kate who had the better sense of humor in their relationship. “She’s got a really naughty sense of humor, which kind of helps me because I’ve got a really dry sense of humor, so it was good fun, we had a really good laugh and then things happened,” he admitted.

William’s belly laughs aside, a lot of people can’t help but want to know more about Rose, who she is, and just how close she once was to both William and Kate. But little do royal fans know that Rose actually has an Instagram account that gives a little glimpse of her life away from the cameras.

Rose Hanbury's simple life away from the cameras 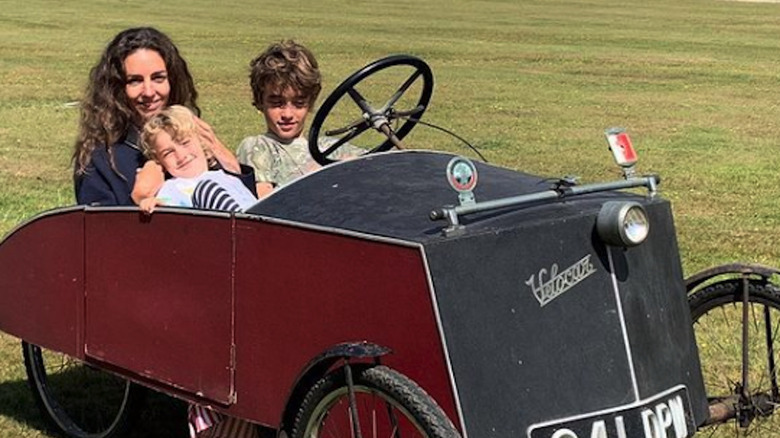 In 2019, reports suggested that Kate Middleton had a falling out with her friend Rose Hanbury, Marchioness of Cholmondeley, per The Sun (via Closer Weekly). But after the palace threatened legal action, the reports have since been taken down. While Kate and Rose have not been photographed together since the rumors began, the Marchioness of Cholmondeley did attend a state banquet at Buckingham Palace in June 2019 with Queen Elizabeth, then-President Donald Trump, and the rest of the royal family. Rose was one of the last people to arrive at the event, but she was there nevertheless, per Hello!.

Now, as far as what kind of life Rose has beyond the glamour and glitz that comes with attending royal engagements, her Instagram account would suggest that it’s anything but the dramatic royal headlines you often see in the tabloid press. Rose runs the account and often showcases her award-winning gardens along with her family’s contemporary sculpture collection at their organic farming estate. She also sometimes shares photos of her husband, David Cholmondeley, and their three small children.

Surprisingly, Rose also shares photos of Queen Elizabeth and the late Prince Philip, whom she called an “extraordinary man who did so much for his country and will be greatly missed” on the day that he passed away. Clearly, Rose is still very much connected to the royal family — at least on Instagram.

Khloe Kardashian: God Wants Me to Be Nice to Lamar Odom!