When June turned back at the end of The Handmaid’s Tale Season 2, handing off her child Nichole to Emily to take to Canada and returned to Gilead instead, fans were conflicted by her decision. But that had nothing on Serena Joy, who had mentally accepted the loss of her child as long as Nichole was with June. Episode 5 finally dealt with the fallout, as Serena Joy traveled to Canada to see Nichole, now in custody of June’s husband, Luke. But the fight isn’t over. The Handmaid’s Tale Season 3 Episode 6 promo reveals that the Waterfords are going to the highest levels of Gilead government to try and get custody of the child back.

Episode 5 of The Handmaid’s Tale ended with Serena Joy changing her mind after leaving Canada and deciding to fight for custody of Nichole, even though neither she nor her husband has any sort of biological claim to the child. The closing scene, of a false domestic tableau projecting the imagined ideal of Gilead with Commander, Wife, Handmaid, etc., is actually the first call back to the novels in some time, where the Waterfords are suggested to have been effective televangelists before the fall of the United States.

Now it looks like the Waterfords are taking this show on the road, as the trailer for Episode 6 shows them with a brand new background: Washington D.C.

The Handmaid’s Tale has been including images from this journey to the nation’s capital since the first Season 3 trailer back in January of 2019. But this is the first time fans are getting an up close and personal look at how the federal district that houses the United States seats of power have changed since it became the centralized government of Gilead.

Turning the Washington Monument into a cross is only the beginning. Someone smashed the Lincoln statue in his memorial to pieces. An angel seems to have been added to the Capitol rotunda. But the most chilling image of all: June standing among her fellow Handmaids, with a gag across her mouth, silenced as those in power around her argue over the fate of her baby. 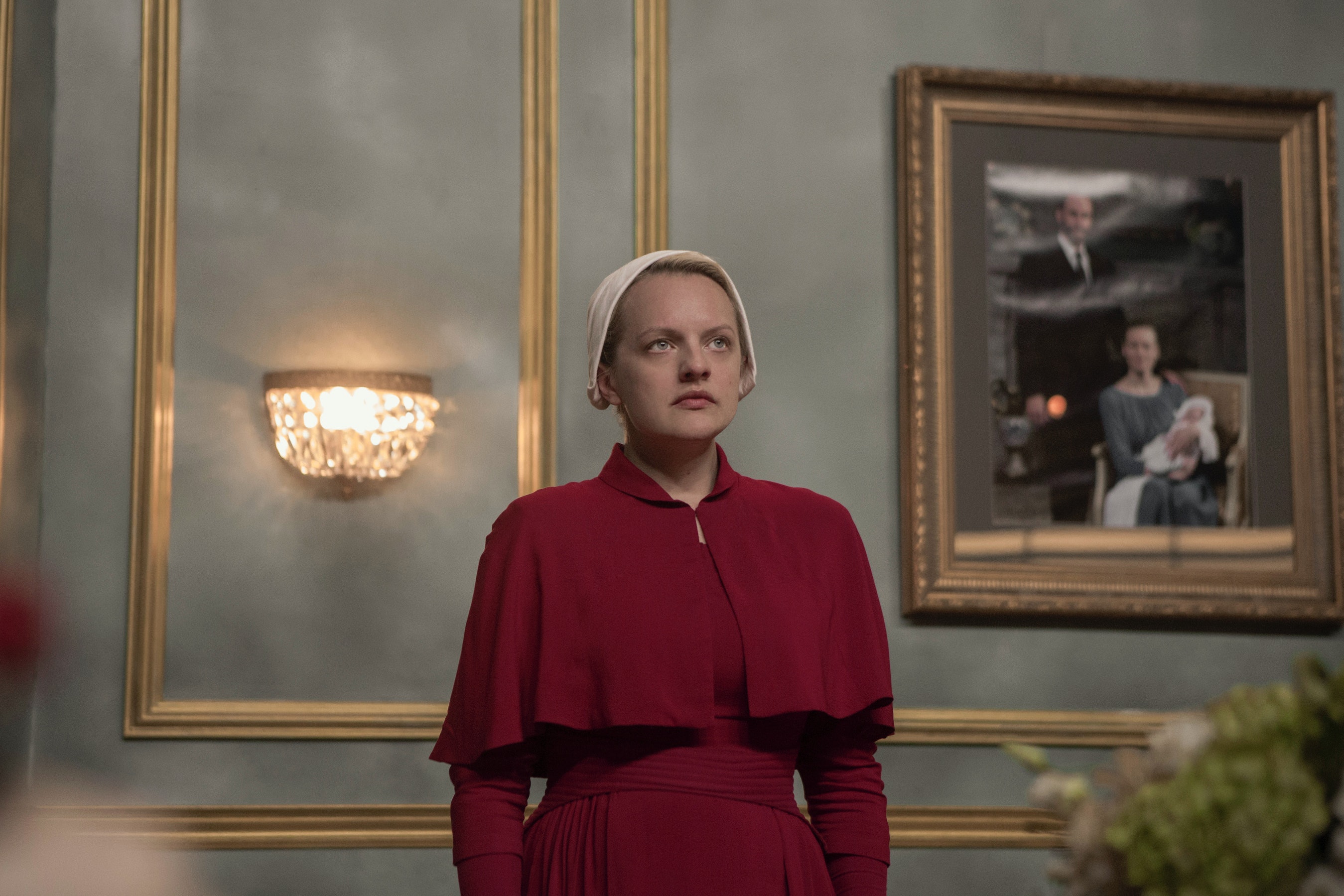 However, while fans are decrying Serena Joy’s decision, it makes sense in the world of Gilead. The show has favored not emphasizing the fertility crisis that stretches across North America since Season 1, preferring to let the viewer see the world at hand as our own to emphasize it can happen here. But the entire reason Gilead can topple the United States so quickly in the novel is due to the inability of most of the adult population to conceive, giving the religious order an emotional handle they can leverage. Moreover, the acceptance of the Handmaid system by the general population is tied to that fetishization of childbirth. Serena Joy’s desire to get her child back is because it may be the only chance she’ll ever have to get one otherwise.

Either way, Luke and Moira better hurry up and get Nichole to Hawaii or Alaska double quick, before Canada’s government decides to give in to Gilead’s demands.