The real deal! Renée Zellweger had a romantic holiday weekend with new beau Ant Anstead — and they showed off plenty of PDA in the process.

Looking Back at Christina Haack and Ant Anstead’s Relationship Timeline

Zellweger, 52, and Anstead, 42, rode bikes through Laguna Beach, California, while celebrating the 4th of July together. Photos published by Entertainment Tonight on Tuesday, July 6, show the pair holding hands in athletic gear as they strolled down the sidewalk before hopping onto their bikes. While stopped at a traffic light, Anstead leaned in to kiss the Oscar winner’s neck.

The outing came days after the pair were first spotted together amid reports of their budding romance. The duo were caught lounging on Anstead’s Laguna Beach balcony on Friday, July 2, shortly after multiple outlets broke the news of their relationship in late June. 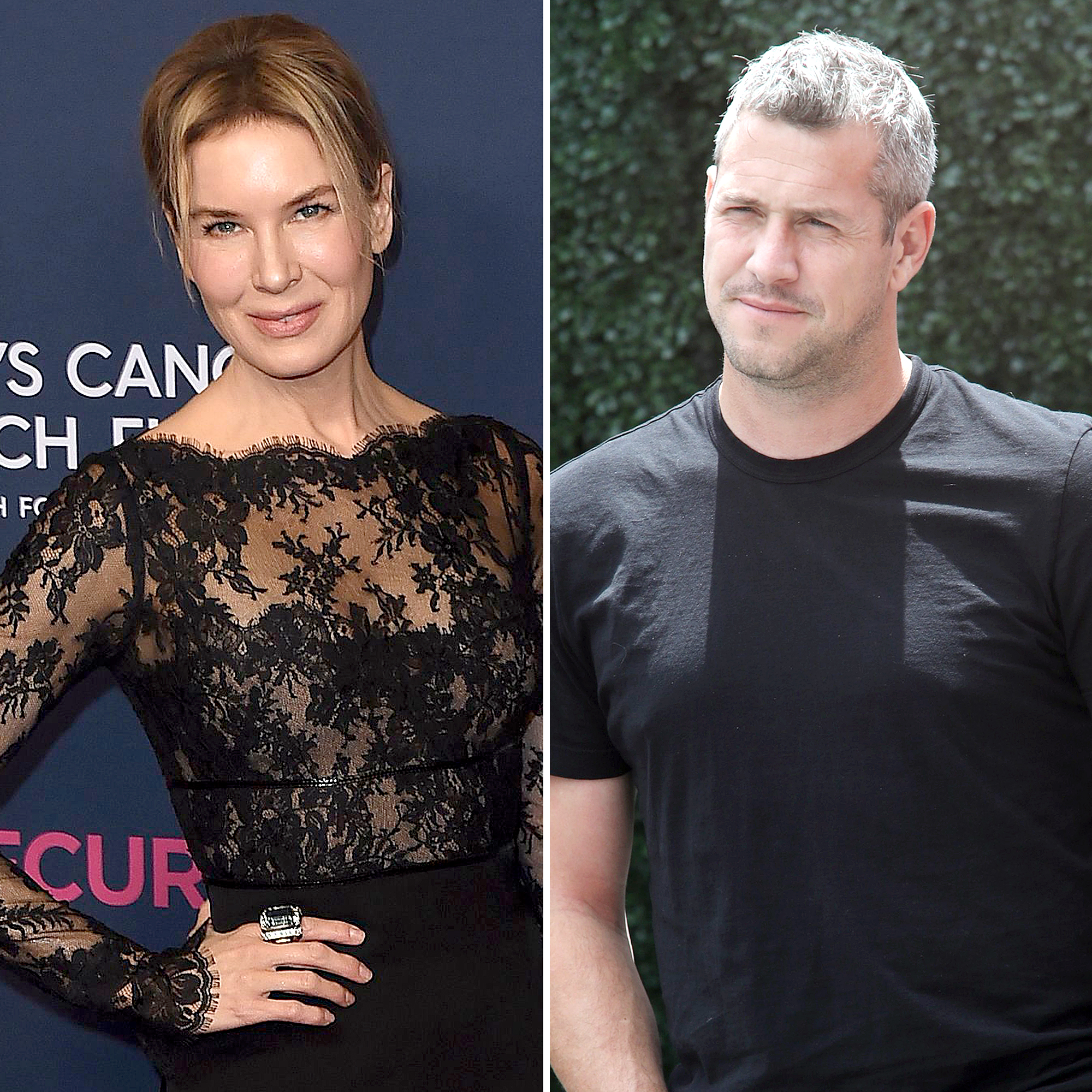 The Wheeler Dealer star was previously married to Christina Haack, with whom he shares 21-month-old son Hudson. In September 2020, the reality stars confirmed that they were going their separate ways less than two years after they tied the knot. Us Weekly confirmed on June 21 that their divorce was made final and that the exes will be sharing custody of their baby boy.

Along with Hudson, the England native shares daughter Amelie, 17 and son Archie, 14, with ex-wife Louise Anstead. Haack, 37, is the mother of daughter Taylor, 10, and son Brayden, 5, from her previous marriage to Tarek El Moussa — and navigating parenthood as a two-time divorcée hasn’t been a breeze.

“I never thought I would have one divorce let alone two,” the Christina on the Coast star wrote via Instagram in October 2020. “I never thought I would have 2 baby daddies – but sometimes life throws us curve balls. Instead of getting stuck in these ‘setbacks’ I choose to look at these challenges as opportunities to grow. So while some may judge me and throw around rumors about me, most of you support me. And that says a lot about this world and where we are headed. I’m messy, I’m real and I’m working on healing. … We are all a work in progress.”

The Cops and Robbers author, for his part, has been focusing on gratitude as his life continues to take unexpected twists and turns.

“No matter how bonkers the world gets….. the Temple sanctuary switches off and washes off the crazy,” he captioned an Instagram post shortly after his relationship with the Judy actress raised eyebrows. “I am so grateful to unwind in this space! Look what god did! Oh, and speaking of bonkers, wait till you see what I’m gonna do with Temple home! 💫 x.”

The four-time Golden Globe winner was briefly married to Kenny Chesney in 2005 and was previously linked to Jim Carrey and Jack White. In 2011, she split from Bradley Cooper after a whirlwind two-year romance. Zellweger later moved on with musician Doyle Bramhall II, whom she dated from 2012 to 2019.