Linda Lusardi opens up about her Page 3 career

Susan Shaw, famously known for turning down the advances of Sir Rod Stewart and also posing naked with Formula One driver James Hunt, died on Wednesday. Her daughter Kim Shaw, 37, has confirmed the news in a statement.

She told The Sun: “I’m really proud of her and her work. She travelled all over the world and met amazing people.

“She was also good friends with Linda Lusardi and Samantha Bond.

“Her friend told me Rod Stewart pursued her and even contacted her agent to ask her out. But she wasn’t interested.”

Susan modelled well into her 50s and was fictionalised in the 2013 movie Rush, starring Chris Hemsworth as James Hunt. 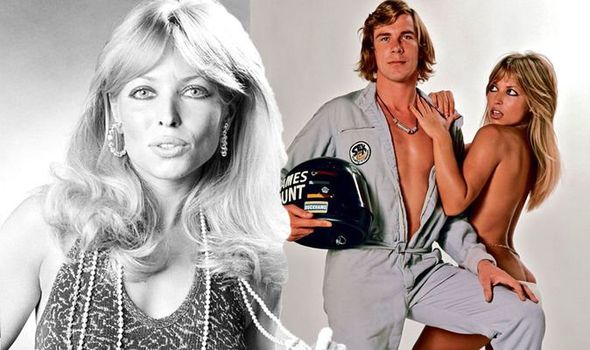 The Page 3 star and James were photographed together during a racy shoot after he won the World Championship in 1976.

The F1 driver, known for being a womaniser, posed with his overalls unzipped baring his chest with a badge that said “sex is a high-performance thing” as a nude Susan gazed up at him.

She was formerly married to Ian Drury and the pair remained friends after their split.

Kim revealed her dad had helped care for Susan when she was sick.