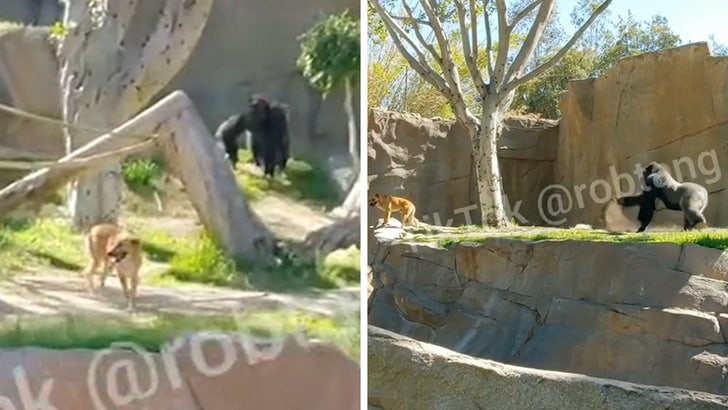 A stray dog is lucky to be alive after it found itself in a less than familiar environment … getting stuck inside a gorilla enclosure at The San Diego Zoo.

Officials say, the canine somehow wandered into the gorilla habitat Sunday, after sneaking inside the San Diego Zoo Safari Park — you can feel the anxiety from the crowd as they watch on, desperately trying to get the dog to climb out and to safety.

The gorillas chase down the pup at points, but keep their distance in an intense stare-off during others … one thing is for sure — the dog is terrified. 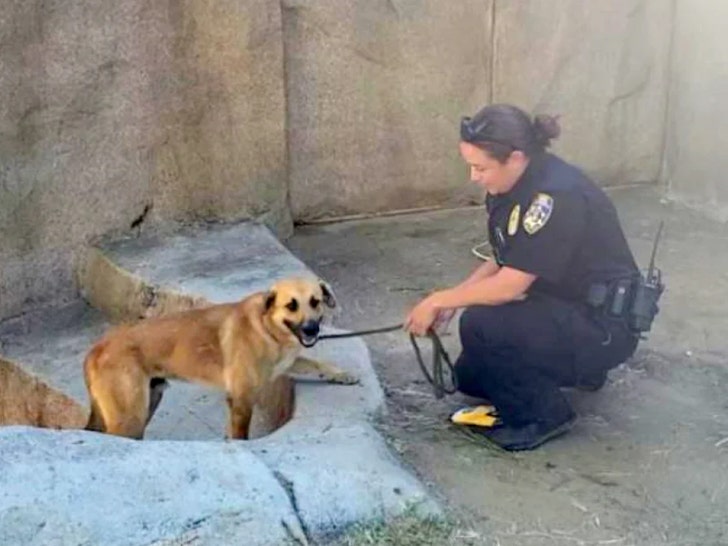 The good news? … the zoo staff ended up moving the gorilla so that officers from the San Diego County Humane Society could get in and safely get the doggy out.

While officials have yet to find an owner for the pup, he was reportedly given the shelter name of ‘Mighty Joe Young’ and the Humane Society is hopeful its owner will come to bring him back home.

So, while a dog is a man’s best friend — it looks like they’ve still got some work to do around gorillas.