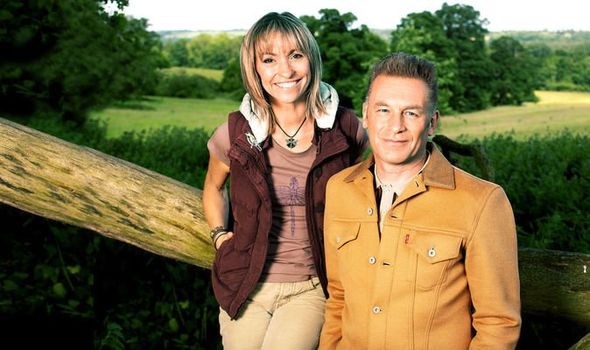 THEY have been working together on and off for more than a quarter of century and, as Springwatch returns this week, presenter Michaela Strachan hails her co-star Chris Packham’s “terrier” campaigning. Michaela never tires of working with Packham despite his forthright, sometimes controversial, views on the environment that have seen him labelled a divisive figure by some critics. Only last month, two dead crows were hung outside his home by activists angry at his campaigning to end the shooting of 16 species of wild birds as pests.

And he faced criticism last month after appearing at an Extinction Rebellion rally when environment campaigners closed down parts of central London for several days.

But reflecting on their enduring on-screen chemistry, 53-year-old Michaela, who first met Packham on The Really Wild Show in 1992, says: “The amount of campaigning he does is phenomenal. He is so passionate about it.

“One of the things with his Asperger’s is he uses it in such a positive way. When Chris gets his teeth into something, he doesn’t let it go. He is a little terrier. And that for a campaigner is fantastic.

“No matter how many things get thrown at him along the way, he carries on forward and that’s what I admire about him. He uses his convictions in a positive way. In the past five years, he has really stepped up his campaigning and keeps pushing.

“I really enjoy working with Chris. It’s so easy. We think on the same page as each other, we know each other’s strengths and weaknesses and we support and respect each other.We have a good laugh. 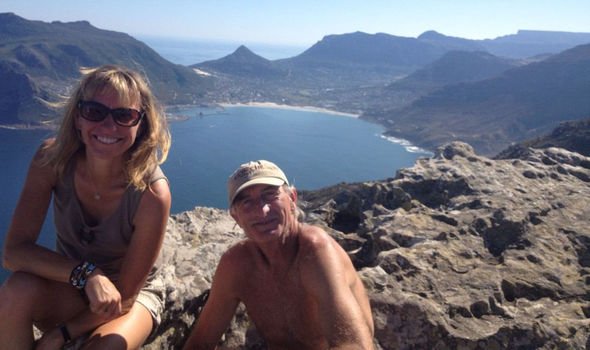 Earlier this month, Packham picked up a CBE for his campaigning on nature conservation.

“I actually helped support it (the application for him to get one). He gets people to think out of the box. He so deserves the honour and to be recognised,” says Michaela.

Bursting into laughter, she adds: “He is an ex-punk rocker. They aren’t supposed to have honours. It makes us laugh a bit! I am rather pleased he wasn’t made a Sir! Can you imagine calling Chris Sir?”

Part of the reason Springwatch has become such a permanent fixture in our TV calendar is the fact its star presenters are happy to crack a few innuendo-laden puns about wildlife during the live broadcasts.

They are also extremely competitive when it comes to some of the challenges they both take part in – something that isn’t lost on Michaela today.

SMILING, she says: “Chris wins most of the time. His knowledge is second to none and so if we are doing anything on facts, he wins hands down.

But I would love to do Strictly Come Dancing against him. I know I would beat him! Singing, performing I know I could. Facts – no. I don’t stand a chance.Wildlife is the star of our show and telling stories on Springwatch is what I enjoy. 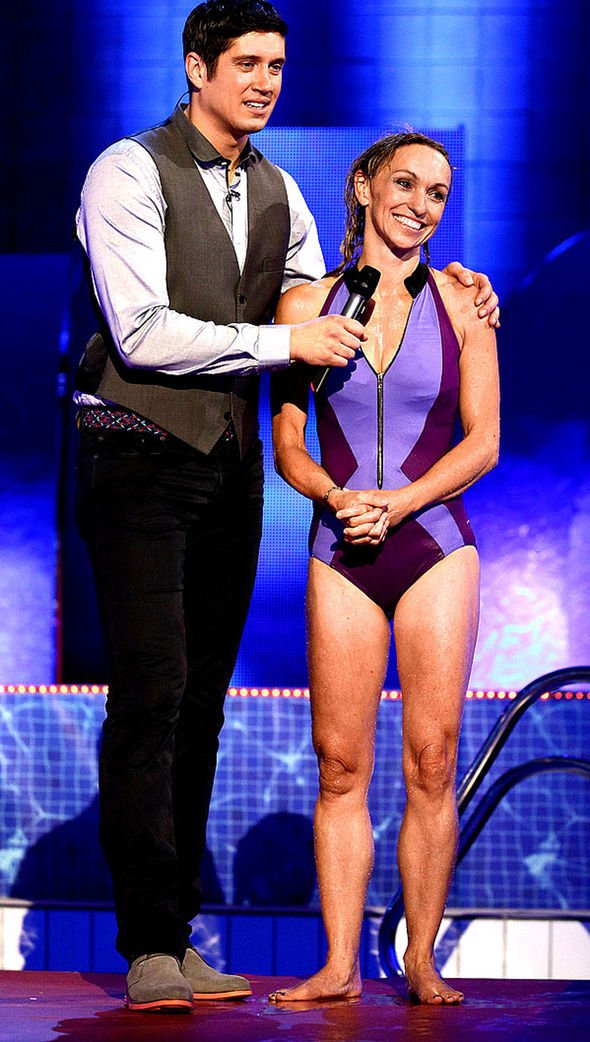 “We can see those birds when they are just hatched and then two weeks later, see them fledging or eaten! And it’s really important when you are trying to get a message across that you have some humour as well.

“Our watches have banter, fun, facts and laughter and I think that is what appeals to people.”

She chuckles: “My son is South African. He is not used to ‘great tits’. Every time I say ‘great tits’ on screen he bursts into giggles! He thinks it is hilarious. We have to talk about them on the Watches. You can’t get away from it.”

Warm, self-deprecating and likeable, Michaela is exactly the same offscreen as on.

There are no airs or graces and she readily admits she is constantly working hard to make sure she gets a happy work/life balance, juggling her TV roles with family life at home in Cape Town, where she lives with her long-term boyfriend Nick and their son Ollie, now 13. 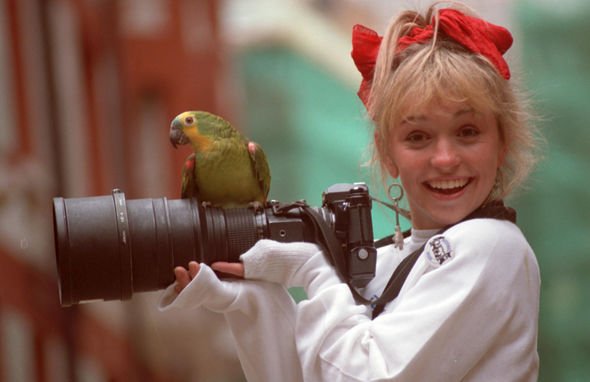 She says they have all got used to her jetting back to the UK every quarter or so to host Springwatch or one of the other seasonal Watches now and they plan their diaries accordingly.

“I’ve been doing it for eight years and we have all got so used to it,” she says. “We know I will be away for a month in the spring.

“Both Nick and I will juggle our diaries. Very often one of us will say ‘no’ to something if it looks like we will both be away as he is freelance too.

“We don’t feel comfortable with that. I have amazing stepkids who are in their late 20s/early 30s and they will step in if they can but we have never had to get an au pair. It’s quite amazing we have managed to juggle.”

In 2014, Michaela talked candidly about how she underwent a double mastectomy and reconstructive surgery after discovering she had breast cancer.

Today she sounds very upbeat and reveals top of her bucket list would be a stint on Strictly Come Dancing.

“We need to get a campaign going where this is the year they finally ask me,” she says. 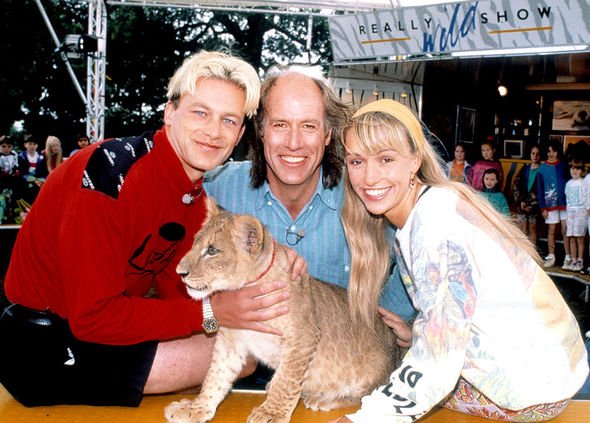 “The ideal years were when my son was younger and I could have taken him with me but, gosh, if I got asked to do it now, I would make a plan.

“Last year, I did the Walking With Dinosaurs stage show and I thoroughly enjoyed it. Getting back into performance was such a buzz. I love performing.”

When she isn’t busy working or doing the school run, Michaela loves hiking in the South African mountains.

“I call them my mountains,” she says, laughing.

“Fitness is part of my life but I couldn’t take on a fitness challenge. To do anything like that you have to put the commitment in. I find my life of trying to be a mum, have a career and being on two different continents is a constant juggle. If it was something like Strictly, that becomes part of your job and you make the time to do it.

“That is different but to do something like a marathon, I just don’t have the time to go on a four-hour run every week.”

Proud to be part of such a well-liked and popular BBC programme, Michaela admits she never takes anything for granted and she feels so lucky that her career has taken her from the Wide Awake Club children’s TV show and The Hitman And Her in the ’80s through to today’s wildlife shows.

Asked what she thinks the secret to such longevity is, Michaela replies: “One of the things I tell my son, Ollie, is to take the opportunities if you are offered them.

“You never regret trying but you will regret not trying. In my life, I would never have predicted doing this programme when I was 19.

“Your life takes such interesting twists and turns, and it’s good to give things a go.”

As for “giving things a go” on Springwatch – a welcome respite to the goings on at Westminster, Michaela jokes – it is her dream to inspire the nation to get more involved with the show’s new Gardenwatch campaign.

Michaela and her co-star announced this week that they wanted to encourage us all to look at what is happening in our own backyards to provide a valuable insight into the kinds of wildlife now found in British gardens. 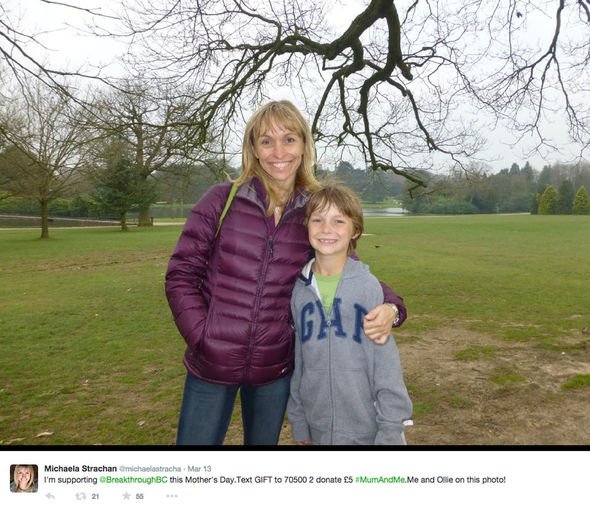 “There is a lot of negativity about the environment and what we are losing,” she explains.

“Our Gardenwatch is a practical thing you can do in your garden. The great thing is we do have an audience that likes to get involved. If we say ‘This is simple, this is what you can do, you can help the future of wildlife by giving us your data’, I honestly think our viewers will get involved. They do want to make a difference and it’s an absolute joy to be part of this programme.

“We are in Scotland this year and it’s such a beautiful and dramatic location in the Cairngorms. It’s an exciting place to be.”

• Springwatch runs Monday to Thursday for the next three weeks on BBC Two at 7.30pm