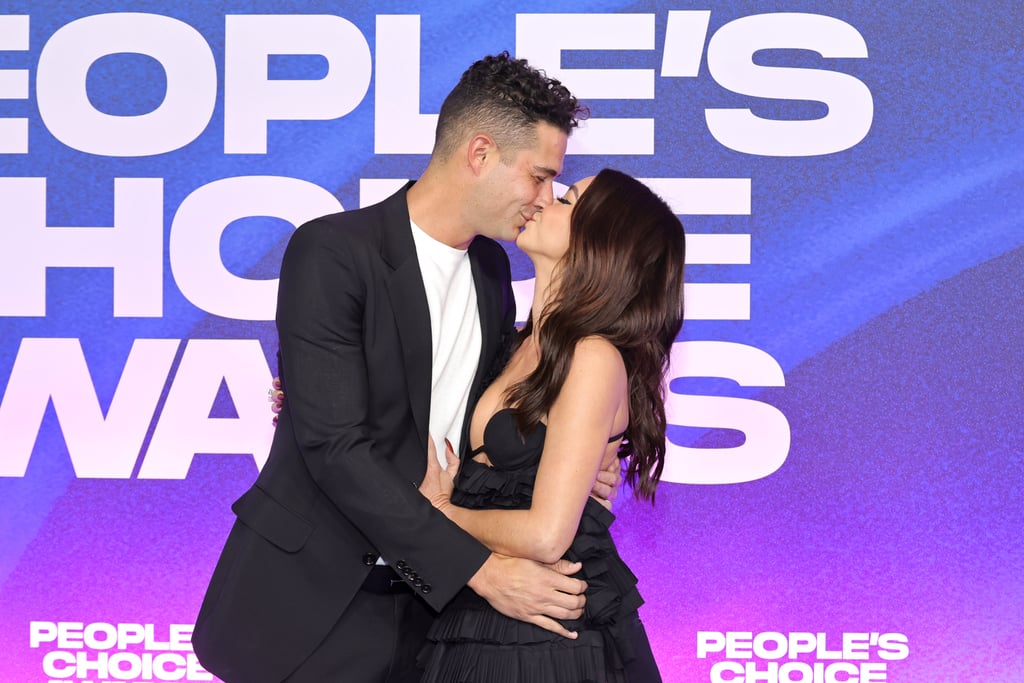 Sarah Hyland and Wells Adams are enjoying wedded life. On Dec. 6, the two posed for loved-up snaps at the People’s Choice Awards, marking their first red carpet appearance as a married couple. As they kissed and held hands for photos, the sweet couple wore matching black outfits for the occasion. Hyland wore a cute ruffled minidress, while Adams looked dapper in a casual black suit with a white tee.

Hyland and Adams tied the knot a few months prior on Aug. 20 in a small ceremony in California. The “Pitch Perfect: Bumper in Berlin” actor wore six different bridal looks for the celebratory weekend. They said “I do” in front of their family, friends, and celebrity pals, including their “Modern Family” and “The Bachelor” costars. Jesse Ferguson, Sofia Vergara, Vanessa Hudgens, and Nick Viall were among those in attendance. Ferguson even officiated the wedding after Hyland’s TV dad Ty Burrell had to bow out due to personal reasons.

The pair first met in 2017 after Adams slid into Hyland’s DMs. Eventually, they got engaged in 2019, and while they originally planned to get married in August 2020, their wedding was postponed two years due to the pandemic.

See more from their latest red carpet appearance below.

Amy Duggar: Something Happened to My Cousin! He’s Just So Sick!