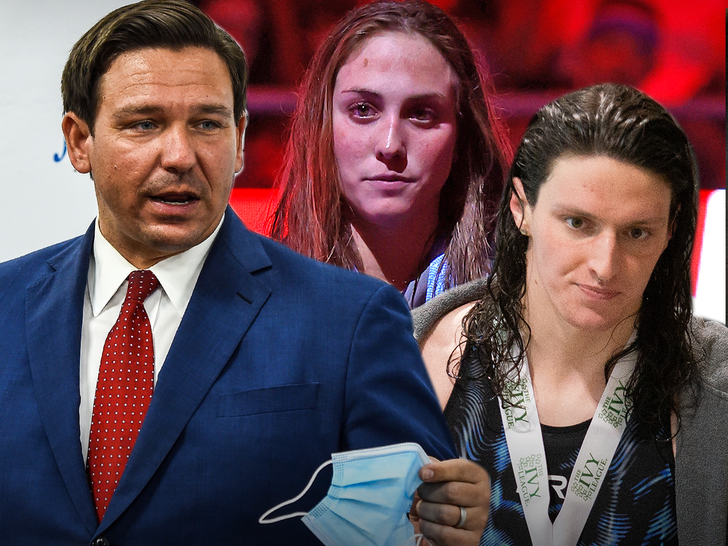 Thomas became the first openly trans athlete to win a Div. I championship in NCAA history on March 17 after beating out Weyant — an Olympic silver medalist at the 2020 Games — in the 500-yard freestyle.

The controversial win has had the sports world buzzing … with many debating whether Thomas should even be allowed to compete against biological women.

The Florida gov. made his stance crystal clear on Tuesday … issuing a proclamation to declare Weyant the true victor.

“By allowing men to compete in women’s sports, the NCAA is destroying opportunities for women, making a mockery of its championships, and perpetuating a fraud,” DeSantis tweeted.

“In Florida, we reject these lies and recognize Sarasota’s Emma Weyant as the best women’s swimmer in the 500y freestyle.”

Weyant — who won silver in the 400m IM in Tokyo — grew up in Sarasota, FL before choosing to compete at Virginia in college.

Thomas joined the Penn men’s swimming team in 2017 … posting some of the fastest times in the nation. She started hormone replacement therapy in early 2019, and came out as trans later that year.

Thomas competed on the men’s team a total of three years before being eligible to compete against women.

Thomas joined the women’s team this past season after undergoing testosterone suppression treatment for more than one year … winning the 500-yard freestyle, finishing fifth in the 200 free and eighth in the 100.

After her win, Thomas said she was blocking the outside noise and focused on swimming.