Robin Roberts was one of the Good Morning America co-anchors absent from the ABC daytime show on Monday as she marked Memorial Day.

The TV star, along with Michael Strahan and George Stephanopoulos, had the day off on the US holiday, which honors the lives of military personnel, in particular those who have died while serving in the United States armed forces.

The day will no doubt have been poignant for Robin, who has a close connection to the military in her own family.

Her beloved father Colonel Lawrence E. Roberts dedicated more than 32 years of his life to the military, and Robin has proudly opened up about his legacy on many occasions.

The star will no doubt have her father on her mind during her time off work. Lawrence passed away in 2004, but just a year before his death, he featured in a special episode of GMA, which saw the star fly a vintage World War II airplane over Moton Airfield in Tuskegee, Alabama, while her dad – who was one of the history-making Tuskegee Airmen – looked on from the ground.

The star recalled her father proudly saying: “That’s my girl,” as she reviewed video footage taped for the segment that would air on the program.

On Father’s Day last year, Robin paid a touching tribute to her late dad. She shared several pictures on social media, alongside the caption: “Today and every day I do my best to honour my father’s legacy.

“Forever grateful for the lessons he taught me & my siblings through his kind words and deeds. 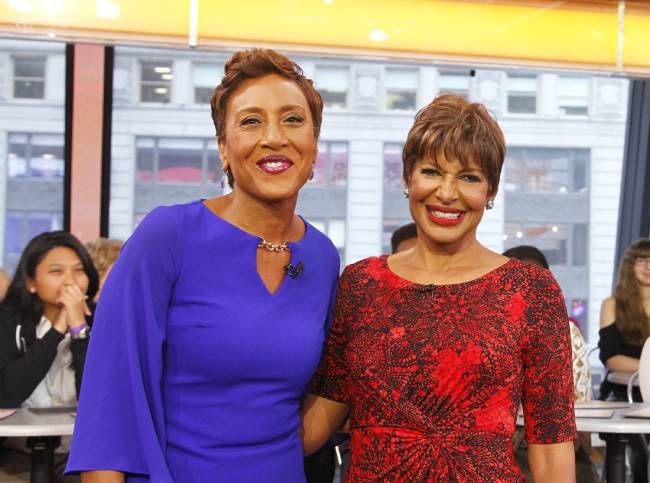 The GMA star with her sister Sally-Ann Roberts

“Comforting to always feel his heavenly embrace. Wishing all dads & the father figure in your life a very Happy Father’s Day.”

Robin is the youngest of four, following siblings Sally-Ann, Lawrence Jr and Dorothy. When she isn’t working, the star loves nothing more than spending time with her family and partner Amber Laign, who she has been dating for 16 years.

The pair have a beautiful country home in Connecticut, and an apartment in Manhattan, where Robin is based in during the week to be able to easily commute to GMA.