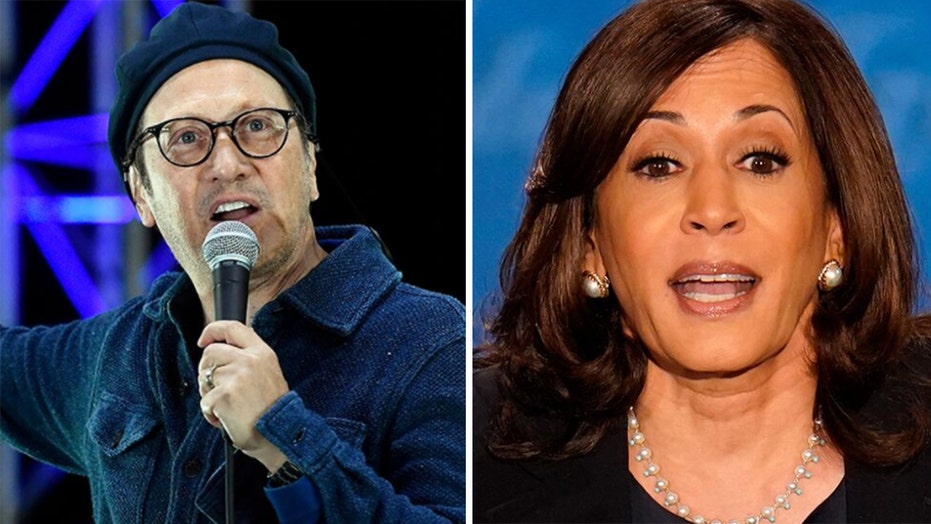 The 57-year-old comedian and actor lambasted Harris for views she made in a video on Nov. 1, which she introduced with a tweet that reads, "There's a big difference between equality and equity."

Harris continues: "It's about giving people the resources and the support they need so that everyone can be on equal footing and then compete on equal footing. Equitable treatment means we all up at the same place."

As of Tuesday afternoon, the video has been viewed 5.9 million times on the social media platform.

Schneider directly responded to the video in a tweet on Tuesday, calling the California Senator's rhetoric "Socialistic, Marxist Drivel from the prospective Vice President."

He furthered, "America's promise is equality & opportunity for all! It is NOT a promise of the SAME OUTCOME for ALL! It is YOUR individual HARD WORK and SWEAT & TALENT that determines your success! A ‘big difference’ indeed!"

Schneider's words received mixed criticism online. Some sided with the actor who applauded him for his "common sense."

"This is part of their communist agenda. No doubt," wrote one user, who also thanked Schneider for "speaking up."

Another took the opportunity to deride Biden's tax plans. "I'm always baffled when people actually believe that higher taxes under Biden would only apply to people who earn over 400K," tweeted one person.

"equality of outcome – straight up marxist bs people are different and will have different outcomes. some work harder, longer, grind, improve adapt and hustle & some don't – they will never and should never have the same outcome," penned another person on the platform.

However, others claimed Schneider missed the mark.

"I can’t believe I’m about to argue with Rob Schneider on Twitter, but you missed the point of the video. It’s about giving everyone the same opportunities to succeed, no matter the circumstances they were born into," one said.

One pro-Trump user reacted: "I’ve always liked you but this makes me respect you even more that you get it. Tired of the 'handouts' that people expect these days #Trump2020"

A frustrated mother said: "I played this video for my 23 year old son. His response, 'Ridiculous! That’s communism.'"

Another Twitter user claimed Harris was using the video as a means to simply get elected.

"Right, so what happens when we give all these minorities everything they want….does it stop then? Does this all go away. No, its an excuse to get elected into office, and its an excuse to get things for free and away to not to be forced to EARN your way into that job etc.," reads another tweet. 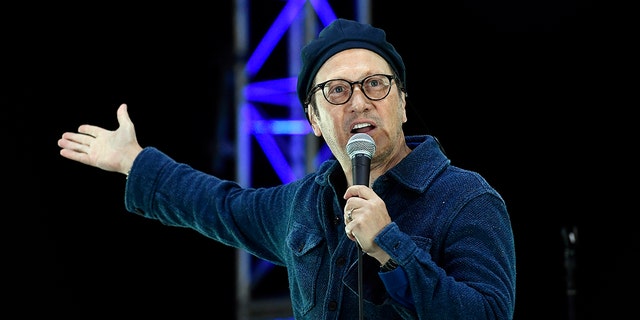 Rob Schneider called out Senator Kamala Harris on Election Day for a video about equality he took issue with.
(Frazer Harrison/Getty Images)

This isn't the first time Schneider has shared his distaste with politicians online in the weeks leading up to the election. Last month, the funnyman poked fun at California Gov. Gavin Newsom for the state’s new guidelines on gatherings as coronavirus cases spiked once again.

Schneider, who is also quite vocal about his anti-vaccination stance, mocked Newsom for what he sees as overly restrictive measures aimed at containing COVID-19.

“Dear Emperor @GavinNewsom,” the actor began. “During our allotted 3 family limit this Thanksgiving, if my Aunt comes over, can I throw her a slice of turkey from the window? We promise NOT to sing… we will all just whisper, ‘PLEASE RECALL DIPS— GAVIN NEWSON!’”

Additionally, months before the pandemic, the "Grown Ups" star responded to a series of tweets sent by Sen. Elizabeth Warren, D-Mass., when the then-presidential hopeful urged big tech companies to “fight the spread of false information that disempowers voters and undermines democracy.

“The stakes of this election are too high. We need to fight the spread of false information that disempowers voters and undermines democracy. I’ll do my part—and I’m calling on my fellow candidates and big tech companies to do their part, too,” Warren’s tweet read at the time, which certainly didn’t sit well with the comedian.

“Thank YOU @ewarren for treating Americans like we are so completely f—king stupid that we can’t think for ourselves,” Schneider wrote in a tweet appears to have since been deleted. “Luckily we have leaders like YOU who can tell us what to believe & how to vote. You are right:the stakes are too high to trust the people to decide for themselves.”

The comedian didn’t stop there and issued a follow up in which he accused Warren of being a champion of censorship and standing in the way of free speech.

“Thank you @ewarren for your censorship & totalitarianism in the guise of democracy!” he wrote. “Like YOU, I will ask @google, @Twitter @Facebook & other Tech companies something: IGNORE dictatorial mandates from politicians like YOU who have NO faith in the American people! #FreeSpeech.”

The Art Of Craft: VFX Supervisor Richard Bluff On The Game-Changing Innovations Behind ‘The Mandalorian’