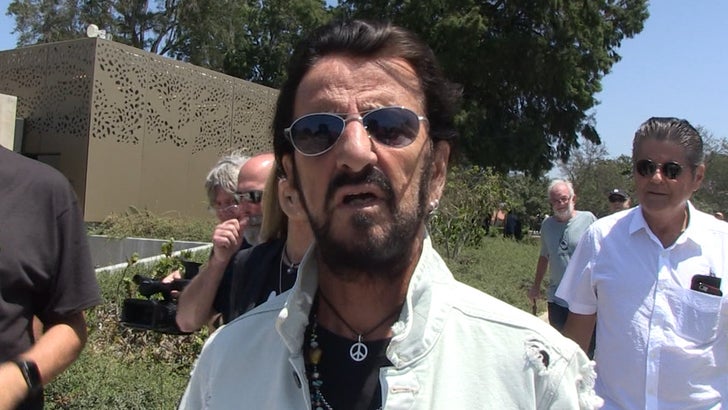 Ringo Starr is celebrating 81 trips around the sun, and since we caught the legend on his born day … we couldn’t pass up the chance to find out which version of his legendary band he loves the most.

The iconic Beatles drummer was passing through Beverly Hills Park Wednesday, where he was getting all kinds of shout-outs and selfie requests to help ring(o) in his 81st birthday. Like the knighted gent he is … Sir Ringo obliged each and every one along his path.

Anyway, check out the clip … we were curious what era of The Beatles is best in his eyes and ears. We were within shouting distance of him, and figured why don’t we just do it — the run-in, that is — in the road??? Alright, it was a sidewalk, but close enough.

Turns out, Mr. Starr is a fan of the days when they’d wrapped ‘Sgt. Pepper’s’ … but slightly before “Abbey Road,” and all the rest that followed. 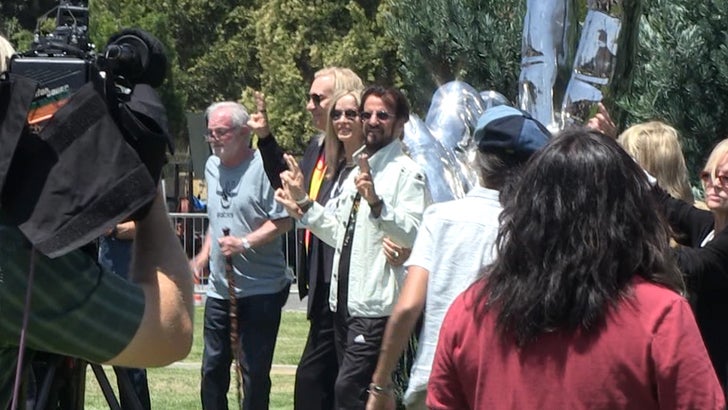 As for why he chose that particular era — it has to do with chemistry and togetherness.

Apparently, that’s around the time Ringo felt the 4 were at their most fab … truly playing together as a band again. Great insight into Beatles history.

Oh, and we didn’t forget to singo Ringo “Happy Birthday” — and neither did the rest of the fans who were around.

Yeah, they sang the wrong version, but Ringo was still all about peace and love. Peace and love!!!

The Transformation Of Aly Raisman From Childhood To 27 Years Old