“I will run up the stairs without tripping and then announce a plethora of Executive Orders,” former U.S. Intelligence chief said, playing along 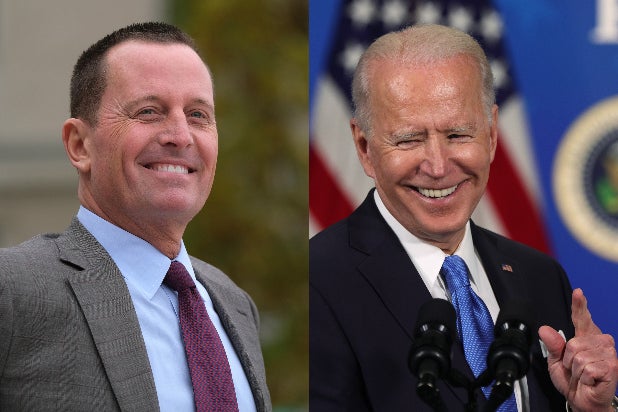 Donald Trump’s former U.S. Intelligence chief Richard Grenell held the illustrious title of President of the United States in his career bio on Wikipedia before the reference was yanked from his page. And he was A-OK with that title.

“I will run up the stairs without tripping and then announce a plethora of Executive Orders. Stay tuned,” he tweeted after he was made aware of the faux pas. He played along, announcing what he’d do with the power afforded in his newfound job:

It is unknown how long Grenell was named the leader of the free world on Wikipedia before the information site edited out the reference on his page. However, the incorrect bio info stayed posted long enough for it to be picked up by Google and for lots of Twitter users to take note:

Unlike former president Trump, who has been permanently banned from Twitter, “President Grenell” is still allowed to Tweet at will.

For the record, Grenell is the former acting director of national intelligence (DNI), serving under President Trump from Feb. 20, 2020, to May 26, 2020.

“A member of the Republican Party, Grenell served as the United States Ambassador to Germany from 2018 to 2020 and as the Special Presidential Envoy for Serbia and Kosovo Peace Negotiations from 2019 to 2021… Grenell was named by President Trump in 2020 as Acting Director of National Intelligence in the Trump administration, making him the first openly gay person to serve at a Cabinet level, albeit in an acting capacity, in the United States. However, he was not confirmed by the Senate as is required by Article II, Section 2, Clause 2 of the United States Constitution and therefore he was not the first openly “confirmed” gay Cabinet member in U.S. history as he was serving as interim. He was Acting DNI from February to May 2020.”

The above is according to Wikipedia. And it is correct.