A symbolic and historic event looked very different this year. Queen Elizabeth II opened British Parliament on Tuesday, but there wasn’t the traditional pomp and circumstance.

The 95-year-old reigning monarch opted to scale down the event this year, traveling to the Houses of Parliament in a car rather than a carriage. She also chose not to wear a crown or an elegant gown for the occasion. Instead, the queen donned a lovely floral dress with a matching lilac coat embroidered with yellow flowers at the collar and a matching hat.

There was also no military band or Guard of Honor to participate in the procession from Buckingham Palace to the Palace of Westminster. 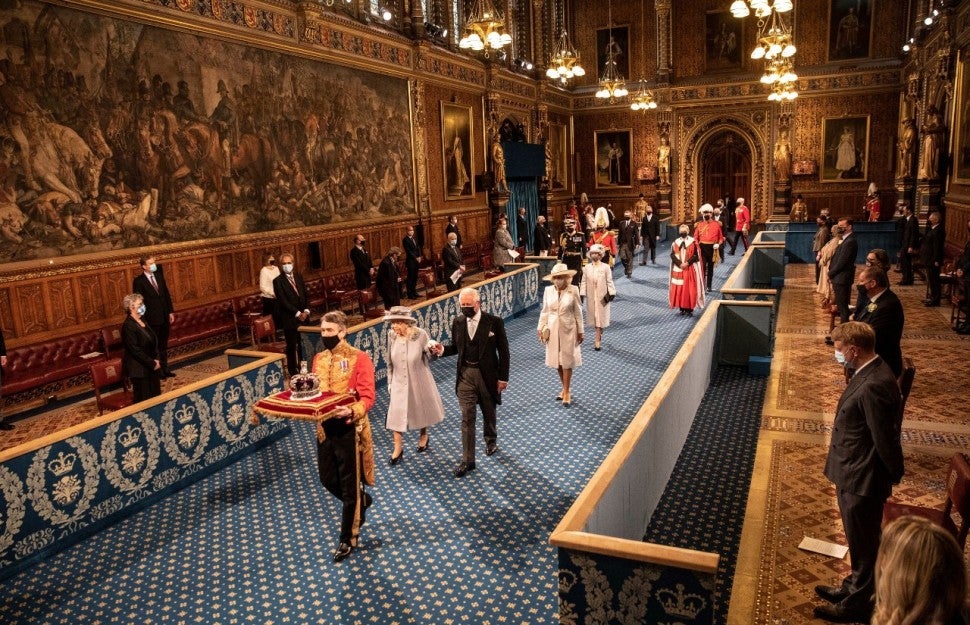 In perhaps the most poignant change, the consort’s throne, previously inhabited by Prince Philip was removed, leaving the sovereign’s throne to stand solo.

Philip accompanied Elizabeth to the event for decades until his retirement from official duties in 2017. The BBC aired a touching tribute to Philip’s appearances alongside his wife for the occasion. The Duke of Edinburgh died at the age of 99 last month. This ceremony marked the queen’s first outing since his intimate funeral service at Windsor Castle.

The Queen, accompanied by the Prince of Wales, enters the House of Lords chamber and takes her seat at the throne.
The Imperial State Crown is held in front of her as she prepares to read the government-written #QueensSpeechpic.twitter.com/FJxQFf8sIl

This year, Prince Charles, Elizabeth’s son and the heir to the British throne, escorted her into Parliament as he has done in recent years.

This year’s ceremony was also scaled back to meet COVID protocol. The queen did not wear a mask, but everyone else did. The royals have all worn face masks at past events, including Philip’s televised funeral.