Prince William has reportedly been named ‘sexy’ 17.6 million times on Google but some Twitter users disagreed in bold tweets.

Prince William, 38, has been named the world’s sexiest bald man after a Google search study said he was called “sexy” a total of 17.6 million times, according to The Sun, but not everyone agrees on the conclusion. After word got out that the Duke of Cambridge beat out other hunky bald men such as actor Stanley Tucci, 60, Twitter users took to the social media platform to express their own opinions.

A fourth pointed out the irony of the whole thing. “i love that stanley tucci is trending because prince william was named world’s sexiest bald man,” the user’s tweet read. Another pointed out the royal family member and the Deconstructing Harry star’s age differences. “Stanley Tucci is an incredibly sexy bald man. He’s also 22 years older than prince William,” the tweet read.

Although William and Stanley were both mentioned and compared quite a bit on Twitter, it’s important to mention that they weren’t the only two bald stars in the running for the sexiest man title. Other bald men who showed up in the Google search study included boxing legend Mike Tyson, 54, who had 8.8 million “sexy”, “hot,” or “attractive” mentions on the internet, actor Jason Statham, 53, who came in third with around 7.4  million mentions, and even Russian President Vladimir Putin, 68, who was just under the top ten with 2.2 million mentions, The Sun further reported. 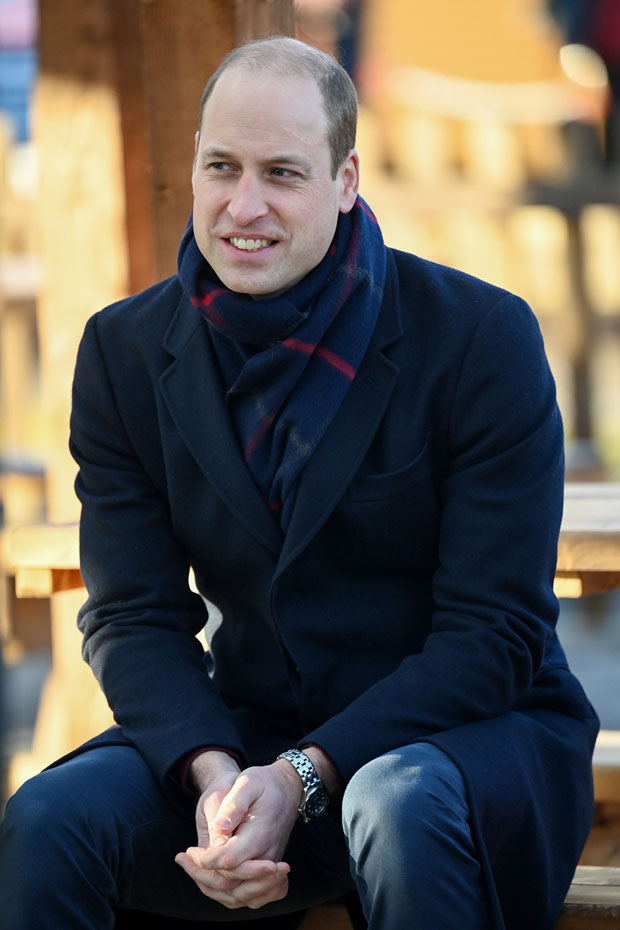 Prince William coming out on top in the bald study proves he’s just as irresistible without hair as he was with it. The son of the late Princess Diana and Prince Charles, 72, is known for having been plastered all over teen magazines when he was younger with a head full of blonde locks and was often called one of the hunkiest teen men. It’s great to know that despite the hair transformation, things haven’t changed!