The Duke and Duchess of Sussex‘s highly-anticipated docuseries Harry & Meghan finally dropped Netflix, with the first three episodes of the six-part series beginning streaming on Thursday.

In the opening episode, Prince Harry narrates: “The craziest thing is, I think this love story is only just getting started.” The couple then share a previously unseen image captured on their wedding day – and it includes the Prince and Princess of Wales’ children Prince George and Princess Charlotte!

Prince George and Princess Charlotte, who acted as pageboy and bridesmaid respectively, are pictured beaming at the camera beside their aunt Meghan and uncle Harry.

Prince George showed none of his characteristic shyness, grinning like a Cheshire cat in the heartwarming photograph, while his younger sister Charlotte is photographed with a charming smile. 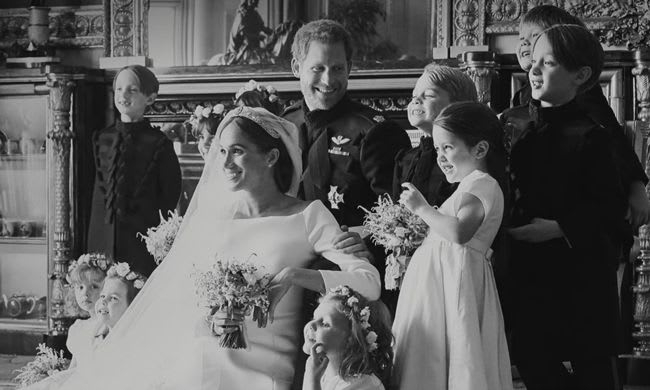 The unseen group shot is far less formal than many of the official wedding photographs captured by royal photographer Alexi Lubomirski.

Princess Charlotte, who had just celebrated her third birthday at the time of the royal wedding, walked down the aisle alongside Meghan at St George’s Chapel, looking like a mini princess in her flowing frock and pretty flower garland.

DISCOVER: Everything Meghan Markle has said about sister-in-law Kate Middleton

PHOTOS: Did Meghan Markle just have her own ‘revenge dress’ moment?

Meanwhile, Prince George, who was nearly five, fitted the part perfectly in a military-style outfit. Reflecting on his fairytale wedding at St George’s Chapel in Windsor, Prince Harry narrates in the episode: “She [Meghan] sacrificed everything that she ever knew, the freedom that she had, to join me in my world.

“And then, pretty soon after that, I ended up sacrificing everything that I knew to join her in her world.” 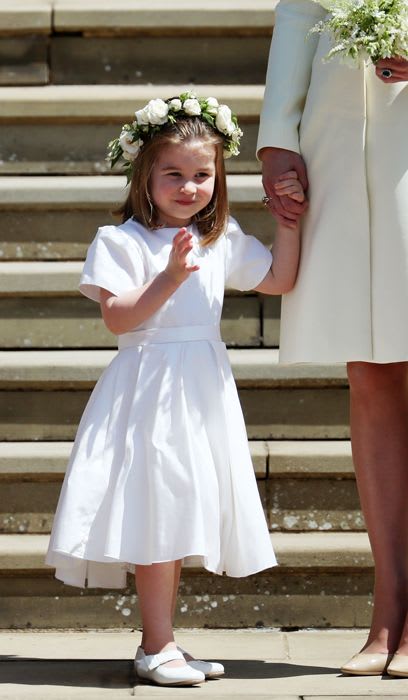 Several moments from Meghan and Harry’s royal wedding on 19 May 2018 will stay with us forever, from the Duchess’ trailblazing choice to walk herself down the aisle, to the couple’s first kiss as man and wife.

But very little is known about their wedding reception at Frogmore Hall in Windsor, and next to no photos have ever been released from inside the celebrations, until now.

In the first trailer for their explosive new Netflix show the couple release several candid photos, including one of them partying with the likes of Zara and Mike Tindall on their big day.