Piers Morgan reveals his mother Gabrielle, 75, has been in self-isolation for eight days amid the coronavirus pandemic

It’s been business as usual for the TV veteran as he continues to host Good Morning Britain live from the studios amid the coronavirus pandemic.

But Piers Morgan, 54, revealed his mother Gabrielle, 75, has been in self-isolation for eight days in an Instagram post shared on Tuesday.

Alongside an image of his parent taken by his sister in Sussex, the journalist attempted to bring some light relief amid the global crisis as he captioned the image: ‘Day 8 of self-isolation captivity & my mother hasn’t fully explained why she’s wearing a scarf inside.’ 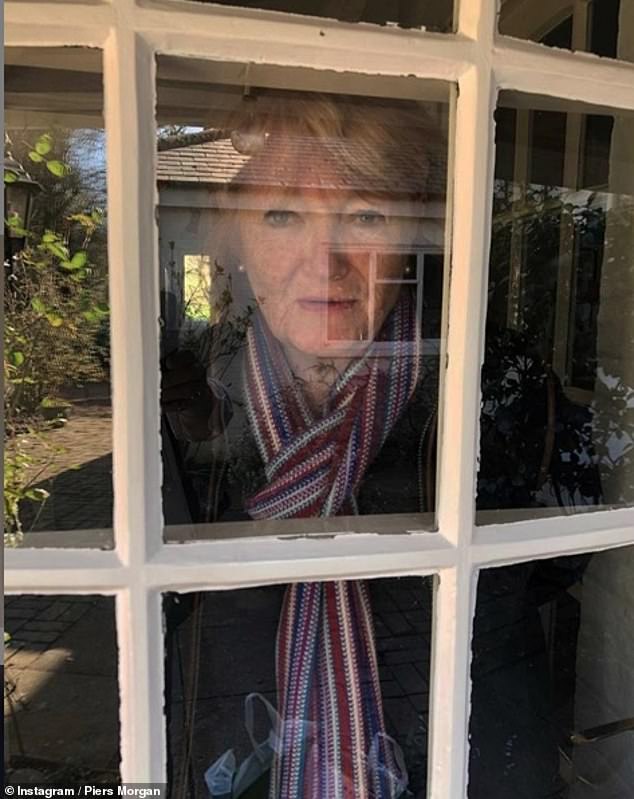 Keeping her distance: Piers Morgan, 54, revealed his mother Gabrielle, 75, has been in self-isolation for eight days in an Instagram post shared on Tuesday

Last week, the British government announced people over 70 will need to ‘shield’ themselves from social contact and stay at home for three months to help the fight against COVID-19.

Former Britain’s Got Talent panelist Piers was forced to spend Mother’s Day without his doting parent as she falls within the vulnerable category due to her age.

Alongside a cosy throwback shot of the pair, the TV star revealed he expressed his gratitude towards Gabrielle via FaceTime while she continues to stay in quarantine.

Piers penned: ‘Happy Mother’s Day to my fabulous mother. This pic was taken in happier times in St Tropez. 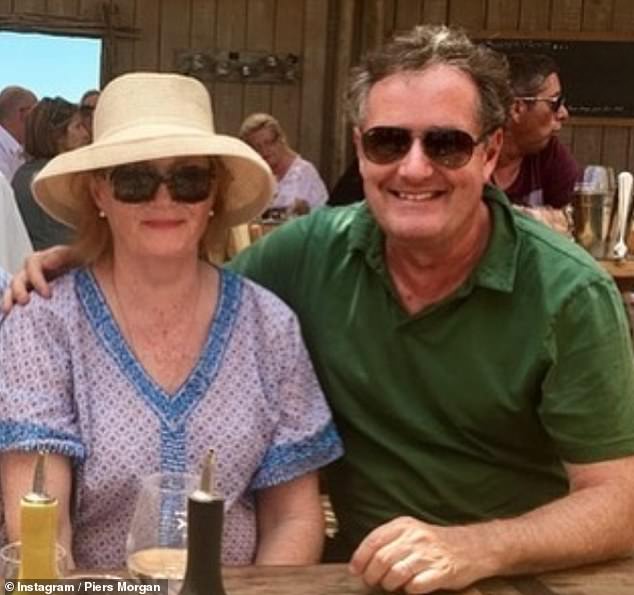 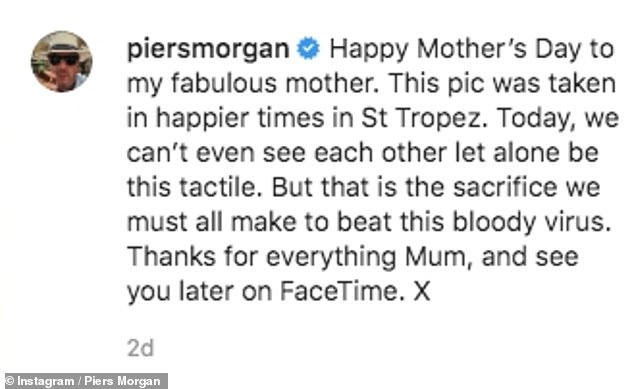 ‘See you on FaceTime’: The former Britain’s Got Talent panelist was forced to spend Mother’s Day without his doting parent as she falls within the vulnerable category due to her age

‘Today, we can’t even see each other let alone be this tactile. But that is the sacrifice we must all make to beat this bloody virus. Thanks for everything Mum, and see you later on FaceTime. X’

Coronavirus was classed a pandemic by the World Health Organization (WHO) earlier this month, leading countries such as Italy, Spain and the UK to implement nationwide lockdowns.

Social distancing, advised by the World Health Organisation (WHO), involves maintaining at least 1 metre (3 feet) distance between yourself and anyone who coughs or sneezes, as the small liquid droplets sprayed could contain the virus. 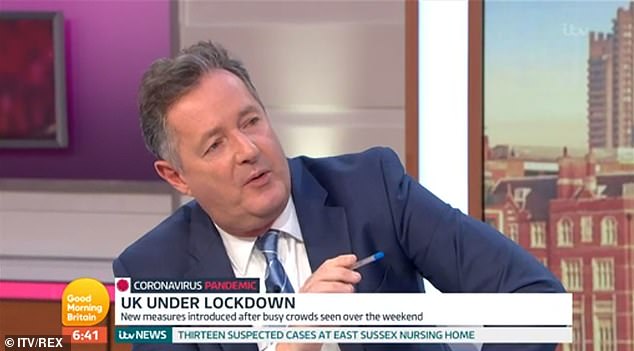 The show must go on: It’s been business as usual for the TV veteran as he continues to host Good Morning Britain live from the studios amid the coronavirus pandemic

he measure also includes staying at home if you have a cough or fever even if you have not travelled and ‘cocooning’ elderly people suspected of being more vulnerable to the infection.

On Monday night, UK Prime Minister Boris Johnson ordered the immediate closure of all non-essential shops and threatened people with fines or even arrest if they do not ‘stay at home’.

The shutdown will last for a minimum of three weeks and the UK’s new state of emergency is unprecedented in modern history.

Gatherings of more than two people will be banned in the most dramatic curbs on freedom ever seen in Britain in time of peace or war, as the government goes all out to stop the spread of the killer disease, which has claimed 335 lives. 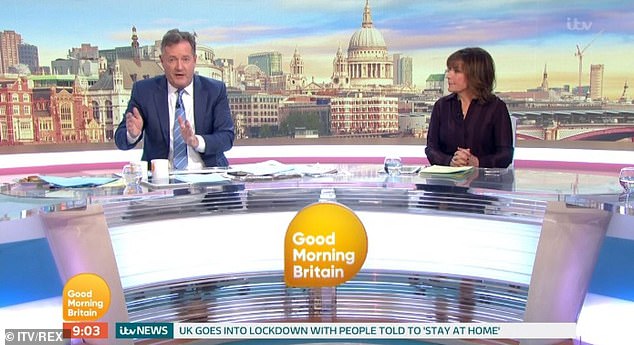 Shake-up: The media personality has been hosting an extended version of the breakfast show along Lorraine Kelly

Moment of Truth — Does Kate Middleton Actually Have a Driver's License?

Ashley Benson & G-Eazy Step Out After She Buys a New Home!