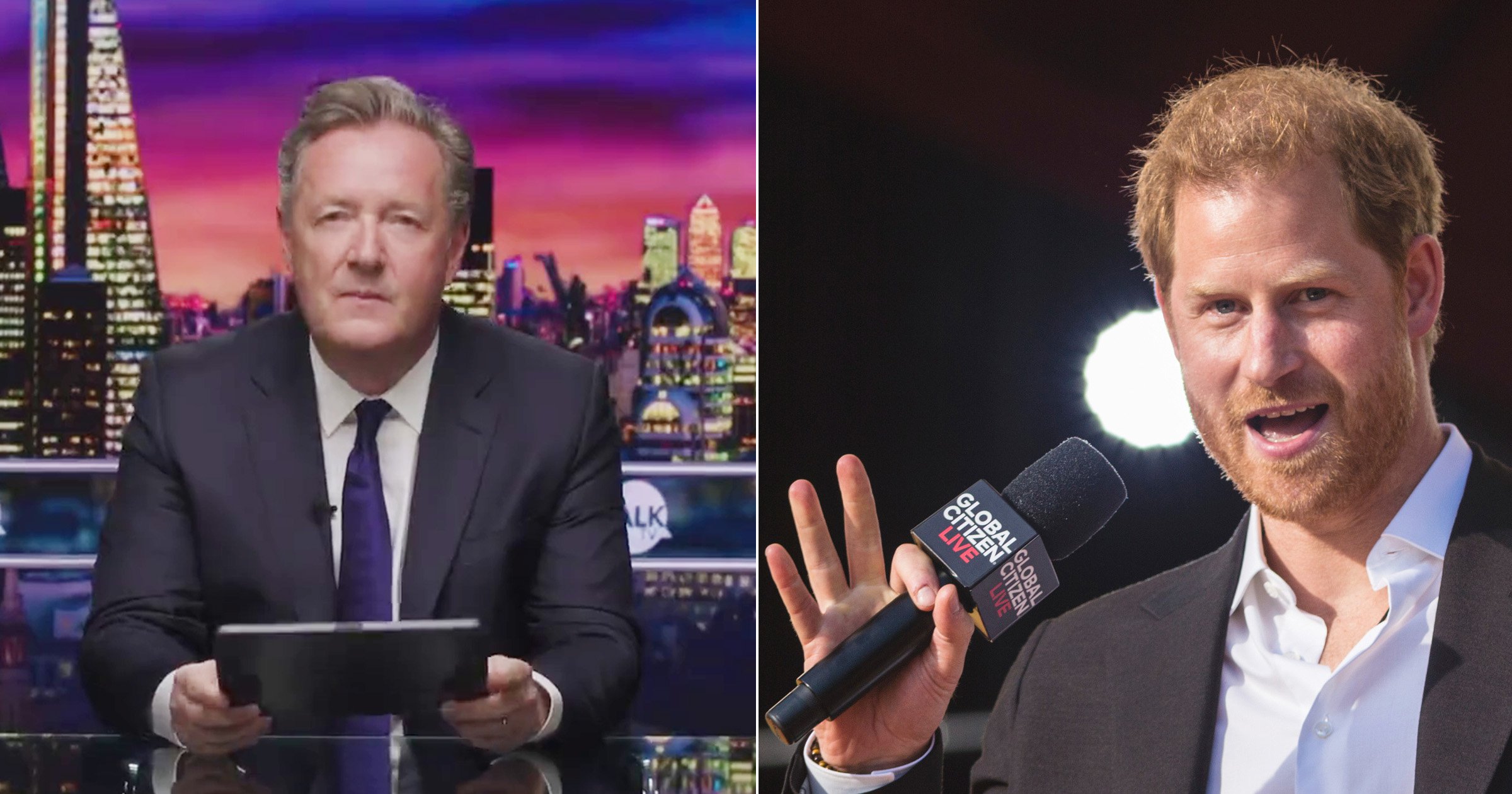 Piers Morgan has once again taken aim at Prince Harry in his new advert for his upcoming TV show, calling him a ‘po-faced, sanctimonious, virtue-signalling hypocrite’.

The presenter, 56, launched another attack on Prince Harry and Meghan Markle in the promo for his new show, Piers Morgan Uncensored, in which he said he preferred the ‘old’ Harry to what he has since become.

Piers gave fans a flavour of what his new show would be like, and the first topic in the preview was Prince Harry.

He could be seen saying: ‘Well, I like the old Prince Harry. You know, the one who used to get drunk and play naked billiards in Vegas.

‘He was a lot more fun than this po-faced, sanctimonious, virtue-signalling hypocrite who just thinks it’s perfectly okay to quit the country, quit the royal family and then make all these demands from his California mansion about all the stuff he still thinks he’s entitled to.

‘He and his wife are making hundreds of millions of dollars out of fleecing titles bestowed on them by an institution they keep trashing in public and I think it’s a sickening thing that they’re doing. I think it’s horrible for the Queen and I wish they would stop.’

Piers has never been a fan of Harry and Meghan, and even walked off from Good Morning Britain and quit the show after claiming he didn’t believe Meghan when she spoke about her mental heal battle while in the Royal family.

He refused to backtrack on the comments he made after the couple’s bombshell interview with Oprah Winfrey, and recently celebrated the one-year anniversary of his storm-out.

Piers wrote on Twitter to mark the occasion: ‘It’s a year today since I declared that I didn’t believe a word Megan Markle said in her royal-trashing Oprah whine-athon. I still don’t.’