Phillip Scofield and Holly Willoughby proved they are the best of friends outside of This Morning as they let loose and relaxed with their families in Portugal. The much-loved ITV co-hosts appeared to be having a fabulous time, with Phillip sharing funny videos of them getting lost during “a bear hunt”. The social media posts began with Phillip, 57, and Holly, 38, catching some afternoon rays as they held up a knitted blue bear. Phillip proclaimed to the camera that he could not lose the blue bear.

After a cocktail and a bottle of wine later, the cheeky duo could then be seen lost in the dark while trying to get home.

Holly was initially unable to locate her sandal before Phillip found her and exclaimed: “We’re lost!”.

He then led her across a wooden bridge, jokily warning: “There’s a thousand feet drop on either side! It’s all fine, it’s all fine.”

Holly, who like Phillip sounds a little worse for wear, then shouted for her husband, Dan Baldwin, several times before adding “F**king hell!” 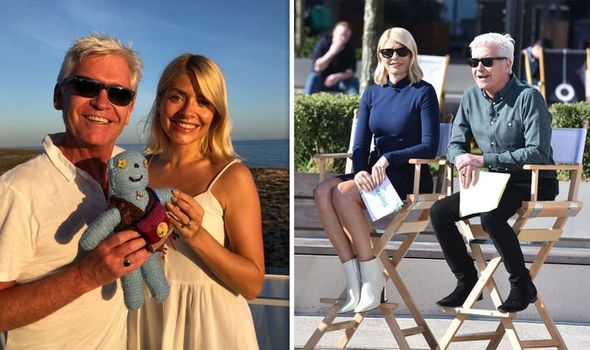 The pair partied hard at the National Television Awards 2016 after This Morning won in the Live Magazine Show category.

They famously went straight from the awards to the This Morning studio hours later, presenting the show without any sleep and wearing the same outfits.

But why are Holly and Phillip on holiday together and why have they taken this week off the ITV magazine show couch?

Phillip and Holly are best mates and this week’s holiday to Portugal with their respective families is not the first time they’ve been away together. 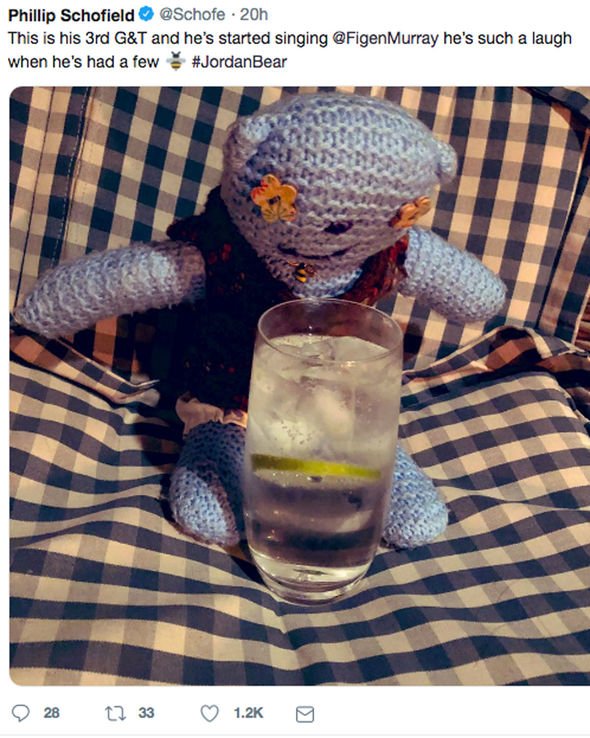 They regularly go on holiday to the Algarve as the two families get on famously well.

Holly has said her two sons and daughter have a close relationship with Phillip and his wife, Stephanie Schofield.

She told You magazine: “My kids adore Phil and Steph.” 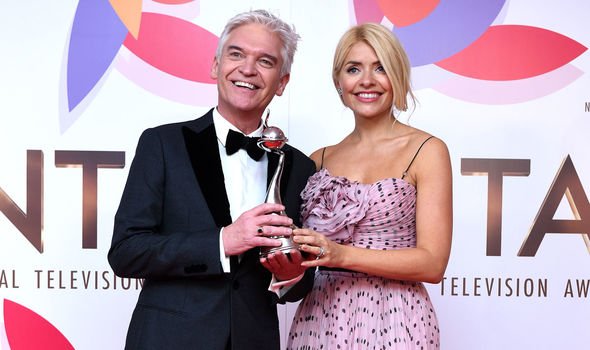 He and Stephanie, who he married in 1993, have children named Molly and Ruby.

Holly and Phillip’s shared family values are said to be one of the things they have in common in addition to their love of joking around.

It is likely the on-screen couple went on holiday this week as it is currently the half-term holidays, which means Holly’s children can go.

Real-life married sweethearts Eamonn Holmes and Ruth Langford are holding the forte in their absence.

They often cover for Holly and Phillip while they are away.