Get Back… in time! Paul McCartney recreates iconic Abbey Road album cover as he strolls along zebra crossing in London

Perhaps  it was something in the way he moved – but even with a mask on, there was no mistaking Sir Paul McCartney as he made his way over this zebra crossing.

And appropriately enough, the 79-year-old was walking near the legendary Abbey Road crossing captured on the cover of The Beatles’ 1969 album.

A shocked taxi driver even recognised him and waved as the superstar crossed the road in St John’s Wood, north London.

Sir Paul, who wore a black jacket, cap and jogging bottoms, is currently promoting his new book The Lyrics: 1956 to the Present, published last week.

A day in the life: Sir Paul in St John’s Wood, north London, near the famous Abbey Road crossing

He went on to stroll along a canal before looking at a classic car shop.

Sir Paul, who owns a fleet of luxury cars, recently told fans of his appreciation for public transport.

He said: ‘I just like buses. I like trains too. Once you got on [the bus] you had that half hour to look around and I liked observing Liverpool and the people.’ 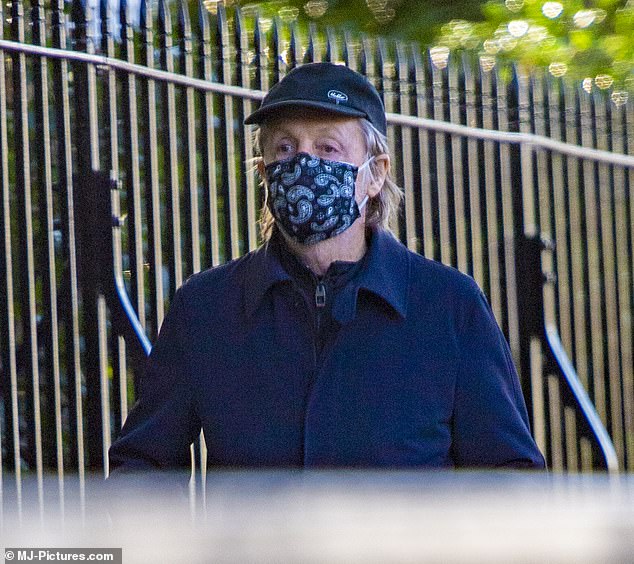 Mask up: Sir Paul went incognito around North London covering up with a cap, mask and glasses

The Beatles star revealed that his parents were ‘the original inspiration’ for many of his songs.

He said: ‘Thinking about songs that I’ve written at every stage of my career, I came to realise that my parents, Jim and Mary McCartney, were the original inspiration for so much that I’ve written.

‘My mum was very reassuring and, like so many women often are, she was also the one who kept our family going.

‘She kept our spirits up.’ 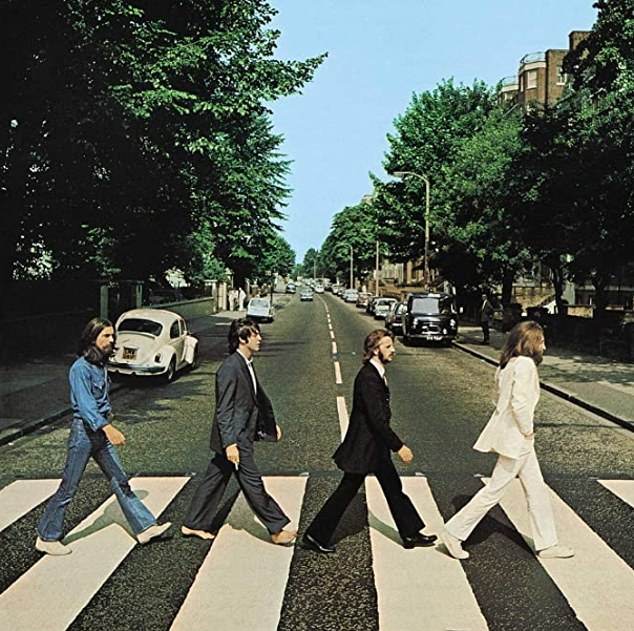 Iconic: The crossing on the cover of The Beatles’ Abbey Road album from 1969