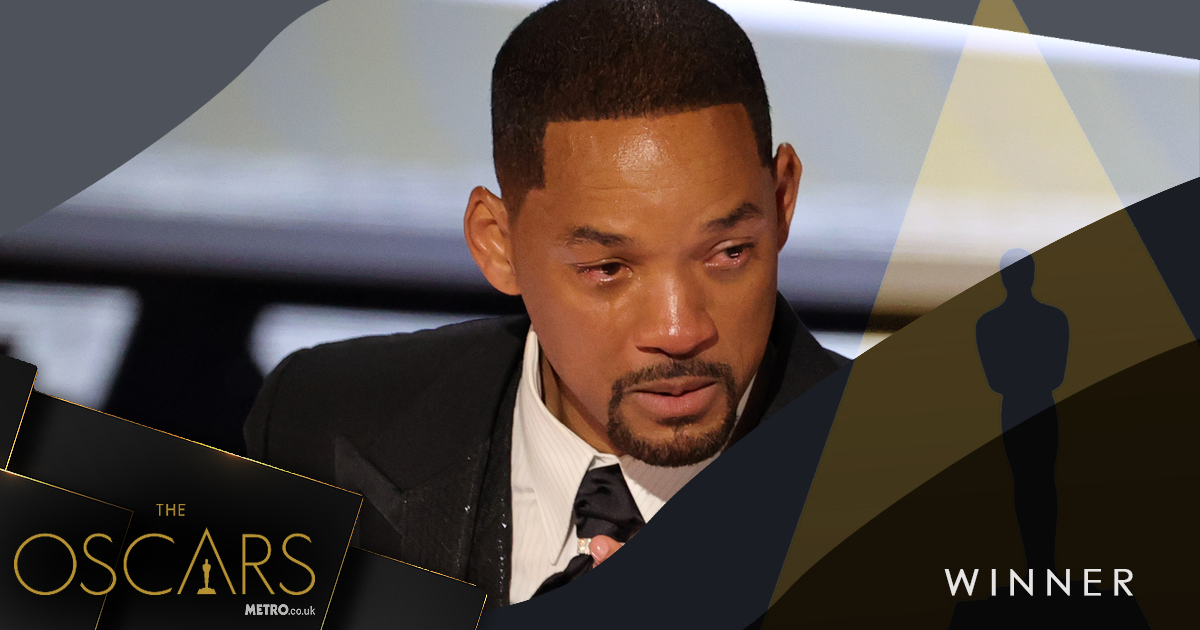 Will Smith has accepted the best actor award moments after storming up on stage and punching Chris Rock at the 2022 Oscars.

After Chris made a joke about Will’s wife Jada Pinkett-Smith, the King Richard actor swung a punch at the comedian before telling him: ‘Keep my wife’s name out of your f**king mouth’.

As he won the award for best actor, Will apologised to the Academy and his fellow nominees, before saying: ‘Love will make you do crazy things’.

‘Richard Williams was a fierce defender of his family,’ Will said.

‘At this time in my life, this moment, I am overwhelmed by what God is calling on me to do and be in this world.

‘Making this film I got to protect Aunjanue Ellis who is one of the strongest, most delicate people I’ve ever met.’

‘Art imitates life, I look like the crazy father just like they said about Richard Williams,’ he laughed. ‘But love will make you do crazy things.’

Minutes earlier, Will swung a punch at Chris.

The comedian was on stage to present an award for best documentary, which went to Summer of Soul.

However, things took a turn when he directed a comment to Jada, who was in the crowd beside her husband.

‘Jada, can’t wait for GI Jane 2,’ he said, referring to her buzz cut – something the couple didn’t look amused by.

Will then stormed the stage and appeared to swing at the comic, before walking back to his seat.

‘Oh Wow. Will Smith just smacked the s**t out of me,’ a shaken Chris told the crowd.

‘Keep my wife’s name out your f**king mouth,’ Will furiously yelled from his seat, as the audience fell silent.

‘I’m going to, okay… I’ll keep going? That was, er, the greatest night in the history of television,’ Chris responded.

Actor in a Leading Role
Will Smith – King Richard

Directing
Jane Campion – The Power of the Dog

Documentary Feature
Summer of Soul (…Or, When the Revolution Could Not Be Televised)

Actress in a Supporting Role
Ariana DeBose – West Side Story

A Mother's Love: The Sweetest Photos of Prince Harry and Princess Diana