The Kenyan film Softie is gaining momentum as documentary features make their closing arguments for inclusion on the Oscar shortlist, with preliminary voting set to wrap up Friday. The film was nominated Tuesday for a Producers Guild Award, honoring the work of director-producer Sam Soko and producer Toni Kamau.

“Crying!!! Stunned! Screaming!!! What?!!” Kamau tweeted in reaction to the nomination. For his part, Soko tweeted, “Hoarse from screaming with [Toni Kamau] because this is unbelievable!”

The PGA recognition follows a nomination as Best Feature at the IDA Documentary Awards last month, as well as prizes at film festivals around the world, including Durban, South Africa. Softie, the story of Kenyan photojournalist-turned-political-candidate Boniface “Softie” Mwangi, began its awards journey a year ago at the Sundance Film Festival, where Park City crowds “got” the film, overcoming the filmmakers’ concern about a potential culture gap. 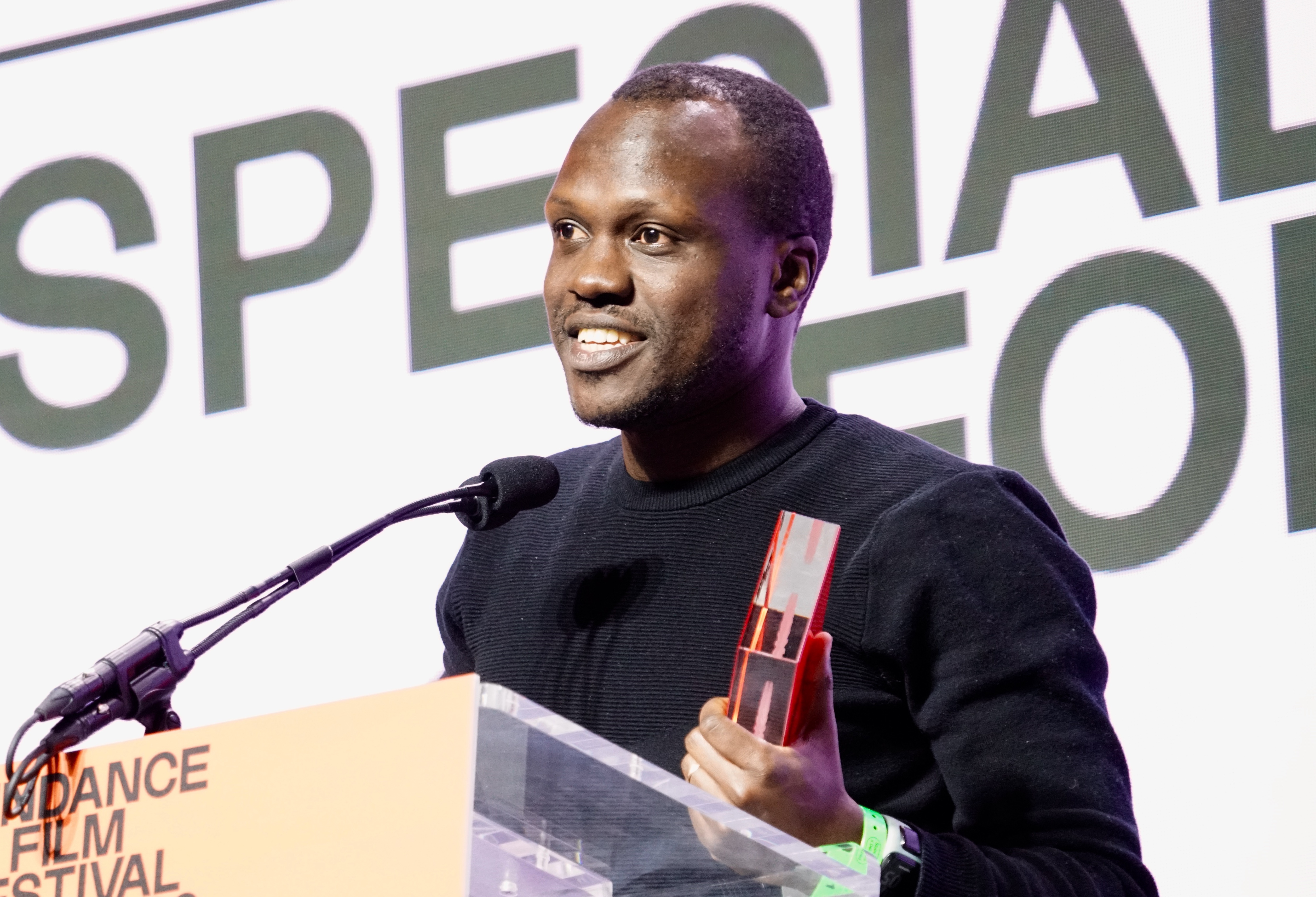 “It was magical to see people laugh in the same places we laughed as Kenyans and to see people sad in the same places we were sad,” Kamau told Deadline at Sundance. “There’s this idea of universal storytelling but sometimes I feel like that’s talked about when it comes to Western cinema…[Can it be] the reverse? I think we’re starting to see global audiences really appreciating diverse voices.”

The universal elements of Softie have to do with one man’s struggle between duty to family versus country, a conflict that could happen anywhere. Mwangi felt compelled to run for parliament to combat his country’s corrupt politics, “to fight them from the inside,” as Soko puts it. But that decision meant sacrifice for his wife, Njeri, and their three young children.

“Even from the point of him announcing that he wants to get into politics he caught everybody off guard, including not only myself but his wife,” Soko recalls. “And that, I think, kind of spoke to his character…because when he was thinking about what he wants to do for the country he was on this fast lane and he kind of forgot every other person that is around him.”

It wasn’t simply that running for office would subtract from time spent with family. Mwangi was also putting himself in grave danger. The film shows him being beaten, arrested and threatened as he campaigned. Even his wife and kids received death threats, forcing them to temporarily relocate to the United States while Softie remained behind.

At one point in the film, Mwangi’s wife tells him somewhat despairingly, “You have given your country your life.”

Boniface pressed on, trying to effect change in a grassroots way without a party machine behind him. The idea of someone persisting despite the odds stacked against them appeals to American sensibilities, but plays differently in Kenya, the filmmakers note. 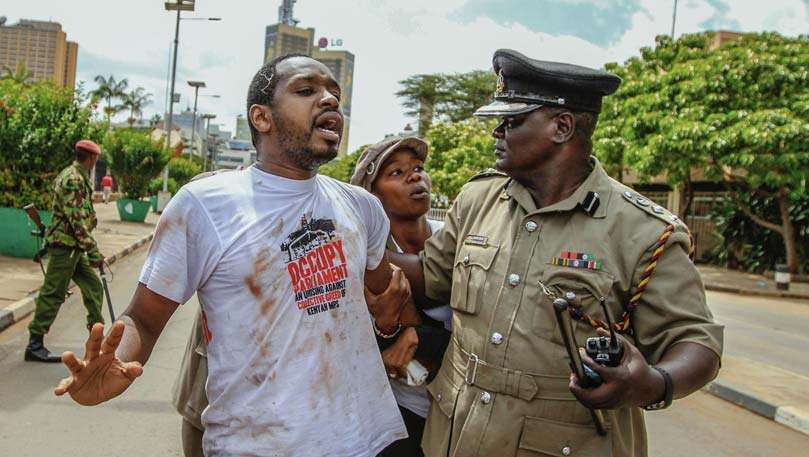 “America in particular has this kind of culture of telling David and Goliath narratives, you know, the underdogs,” Kamau observes. “Sometimes they don’t win, but it’s important that you tell the story of the journey. In Kenya we do not tell underdog narratives at all. Even when it comes to politics, when it comes to everything, the mass media always frames the stories from the perspective of the big person, the person with power, the person in control is the one who will always win.”

“The beauty and power of this story,” Soko adds, “is [Softie] still stood up and he still tried to do something…Seeing a conclusion to that race is a huge, huge encouragement to other people and hopefully for us in subsequent elections in the future.”

Progress in Kenya has been hampered by tribal rivalries, an inheritance from the era of colonial rule in which the British found it useful to stoke identity politics.

“With the historical divisions that were emphasized by the British among tribes, successive governments—people who were in positions of power—used the exact same toolbox to divide and rule,” Kamau says. “People in power will always…try to divide the masses, you’re going to always emphasize the differences.”

Boniface has attempted to bridge those divides, not just as a policy position but by example.

“He chose not to give his kids a name from his tribe,” Soko notes. “That’s something that as Kenyans [you think], ‘Oh, I can do that?’ You don’t think it’s something that’s in your power to do. Well, it is. You can do it. And when that happens and we see this family grow and interact in that space you see how it is possible for us to change these relics that were left [by the British].”

Kenya gained its independence in 1963. But cultural imperialism from the West carries on. Softie represents an important step forward because of who is telling the story.

“Historically, any stories that are told for global audiences are not told by people from the place. So there are so many nuances that are missed,” Kamau tells Deadline. “We’ve been receiving a lot of American content for a long time now. It’s been a one-way stream—I wouldn’t even say conversation—it’s been a one-way blasting of information, and now we’re saying, ‘This is our point of view.’ This is where we come from and can you understand who we are?”

The film stands out among the 238 nonfiction features to qualify for Oscar consideration.

“Softie is one of a few African directed and produced documentaries in contention for the Academy Award for Best Documentary,” Oscar winner Lupita Nyong’o, a supporter of the film, tweeted this week. The Kenyan-Mexican actress added, “I am honored to cheer them on!”