Olivia Wilde has attempted to squash rumors of a feud with Florence Pugh once again, ahead of the release of Don’t Worry Darling.

The psychological thriller is landing in cinemas on September 23, but has been plagued with reports of behind-the-scenes clashes and tension between the star-studded cast.

The film premiere, held at Venice Film Festival on Monday, didn’t do much to dampen speculation that all was not well, with the lead actress skipping out on promotional duties before stealing the show as she rocked up to the red carpet.

Much of the speculation stems from suggestions that the director ‘neglected or alienated’ Florence on set because she was so taken with co-star Harry Styles, who she started dating at the beginning of last year.

There were bizarre claims that the Midsommar actress had to step in to direct scenes at some point, along with the cinematographer.

In a wide-ranging new interview, Olivia had her say on the reports, explaining that it is ‘very rare’ for people to assume the best from women in power, as they are often not given the benefit of the doubt in any situation. 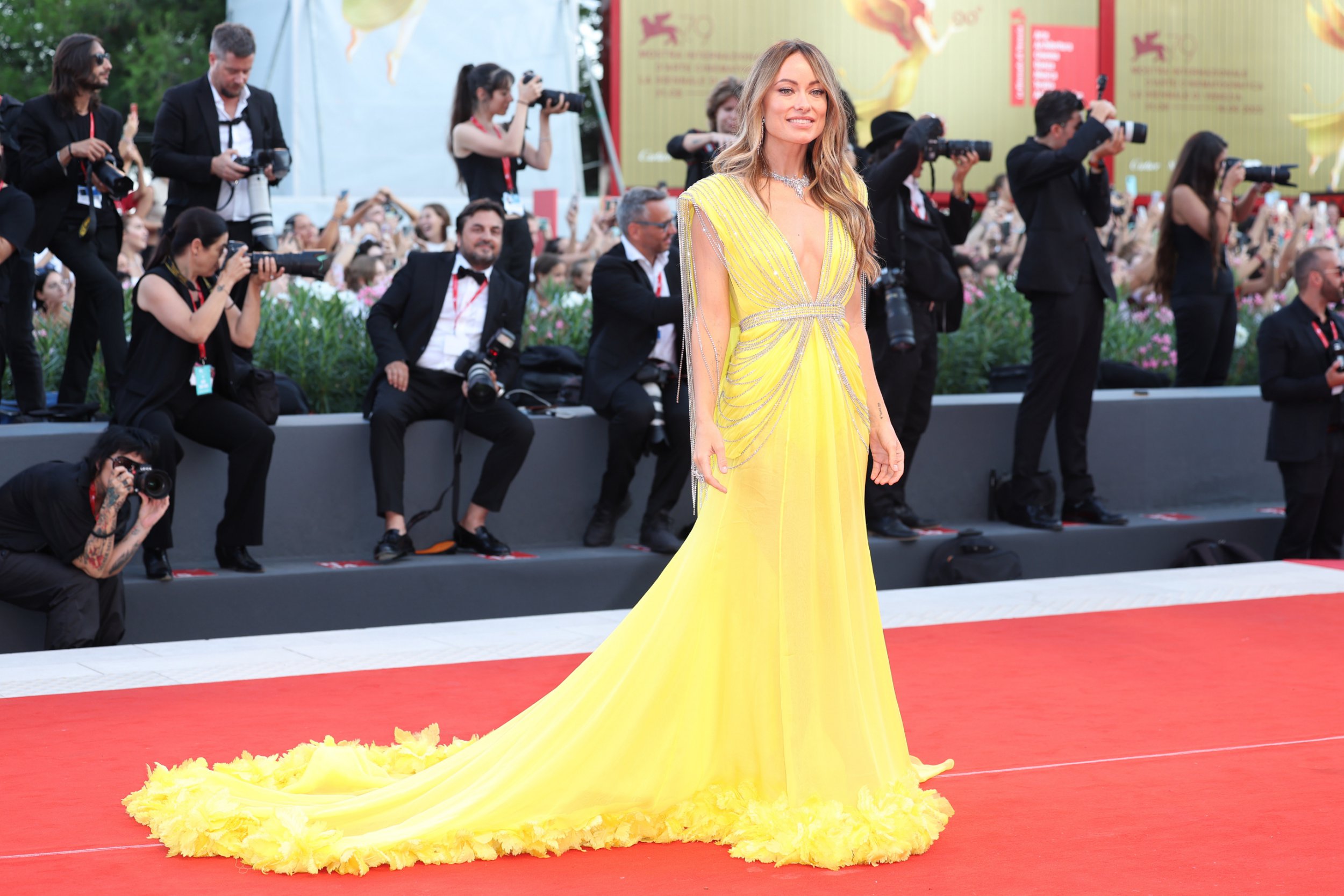 ‘Florence did the job I hired her to do, and she did it exquisitely. She blew me away. Every day I was in awe of her, and we worked very well together,’ the filmmaker told Vanity Fair. ‘It is ironic that now, with my second film – which is again about the incredible power of women, what we’re capable of when we unite, and how easy it is to strip a woman of power by using other women to judge and shame them – we’re talking about this.’

She clarified that the character of Alice is on a challenging journey and a ‘cataclysmic existential breakdown’ throughout the film, which put may have Florence in a different mindset to her co-stars.

‘My tendency is to be everyone’s best friend and to socialize, and I think she often just needed the time and space to focus, so the way I supported her was to give her space and to be there if she needed anything,’ she continued. ‘Florence was very focused on turning out that performance, which I can assure you took all of her energy.’

The Little Women star declined to add her voice to the piece and limited her promotion for the film just to the Venice premiere – as she has been in production for Dune 2 – but has rarely posted about Don’t Worry Darling on social media.

All eyes were on the red carpet as the cast finally reunited, but Olivia and Florence did not appear to interact in front of the cameras at any point – leading to many question marks over whether there was truth to the clash speculation.

Hitting back, Olivia insisted: ‘Florence is one of the most in-demand actresses in the universe. She’s on set on Dune. I gather that some people expect for her to be engaging more on social media. I didn’t hire her to post. I hired her to act. She fulfilled every single expectation I had of her. That’s all that matters to me.’

Although a source reportedly told the publication that the former OC actress was ‘crushed’ by what happened at the festival, she added: ‘Florence’s performance in this film is astounding. It’s just baffling to me that the media would rather focus on baseless rumors and gossip, thereby overshadowing her profound talent. She deserves more than that. As does the movie, and everyone who worked so hard on it.’

Don’t Worry Darling is released in cinemas on September 23.