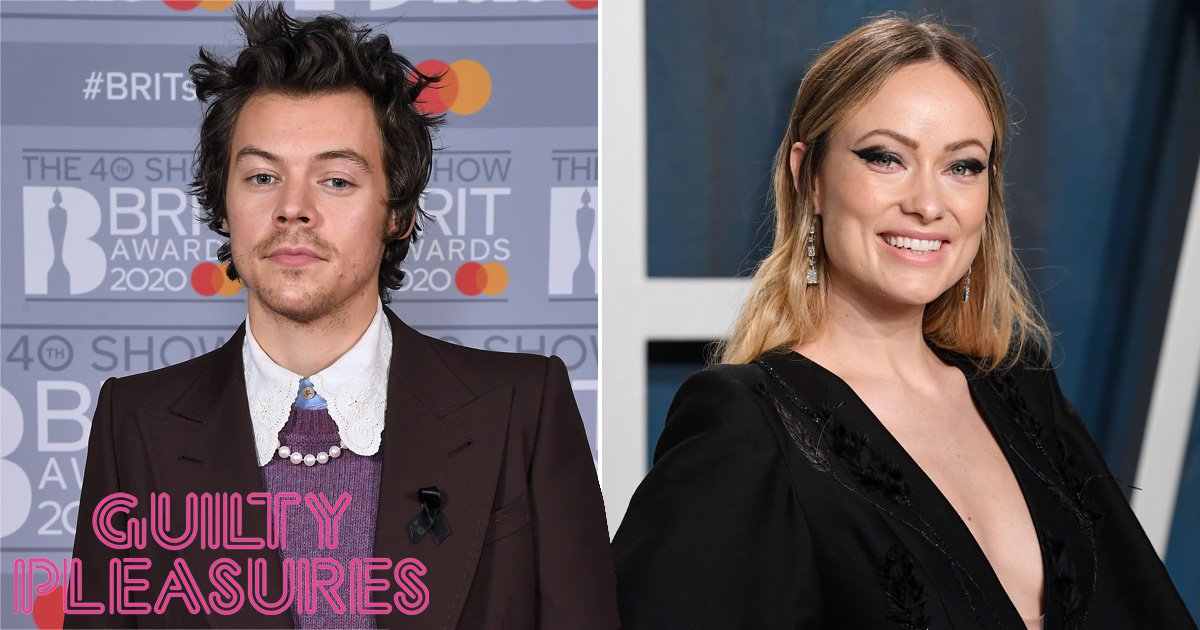 The 36-year-old director lugged bags from the home she once shared with her ex-fiancé, Horrible Bosses star Jason Sudeikis.

Meanwhile, Olivia has been telling fans how the One Direction star, who is ten years her junior, ‘blew her away’ with his acting talent.

She has been directing him in psychological thriller Don’t Worry Darling — in which she also appears — along with British actresses Florence Pugh and Gemma Chan.

In a post-shoot report card, Olivia gushed about Hazza on Instagram: ‘Little known fact: most male actors don’t want to play supporting roles in female-led films. The industry has raised them to believe it lessens their power (i.e financial value) to accept these roles, which is one of the reasons it’s so hard to get financing for movies focusing on female stories.

‘No joke, it is harrrrrd to find actors who recognize why it might be worth it to allow for a woman to hold the spotlight.’

She continued: ‘Enter: @harrystyles, our “Jack”. Not only did he relish the opportunity to allow for the brilliant @florencepugh to hold center stage as our “Alice”, but he infused every scene with a nuanced sense of humanity.

‘He didn’t have to join our circus, but he jumped on board with humility and grace, and blew us away every day with his talent, warmth, and ability to drive backwards.’

Family life… sizzle do me, says Joss as she rules out pop return

The new mum, 33, says she has no intention of relaunching her singing career, despite her sensational win as Sausage on the bonkers ITV show. She plans to go back to being a first-time mum after she and boyfriend Cody DaLuz welcomed their daughter Violet last month.

Asked about a comeback 17 years after she burst out of the blocks with debut album The Soul Sessions, Joss said: ‘I’ve got my baby, I don’t need a career. Well, I need some sort of career, but I don’t know if I need to be nurturing and massaging a career the way I did when I was 17.’

Topless Paris gets the glitter bug…

Time has been kind to Paris Hilton after the heiress proudly stripped off to celebrate turning 40.

The Simple Life star is still hoping for a pop career as she poses in glitter and not much else for new video Heartbeat.

The former jailbird has plenty on the go as she moves into middle age. Paris is planning to marry and have kids with her boyfriend, Carter Reum. ‘We have been doing the IVF, so I can pick twins if I like,’ she said.

Paris recently testified that she was ‘mentally and physically abused’ at a Utah boarding school.

Rachel in therapy to cope with S Club fame

Rachel Stevens has revealed that she still needs weekly therapy to deal with her teen fame in S Club 7 and her parents’ divorce.

‘I have therapy weekly, I need it as that kind of outlet,’ confessed Rachel, 42, describing herself as ‘incredibly emotional and sensitive’.

She told Loose Women yesterday: ‘I speak to my closest friends obviously, my husband, but other than that, having that person who is not so close just gives me that outlet to be acknowledged and make sense of it all when there’s not that emotional connection.

‘I got into S Club when I was going through a lot of emotional turmoil. My family had all broken apart, we’d lost our home.’

Jamie Dornan has told how a ‘f*** this!’ decision to drop out of uni set him on his road to stardom.

The Fifty Shades Of Grey star, who lasted only a year at Teesside uni, admits beer was his academic downfall.

‘I was very sporty and I was playing rugby at uni and drinking a lot,’ said Jamie, 38. ‘And I decided I was going to drop out of university ’cause it wasn’t the right space for me at the time. “I was like, ‘f*** this.”’

He had no plan B but his sister came up with one — she entered Jamie on the Channel 4 reality show Model Behaviour in 2001, after which everything changed.

Kate Moss has been speaking out against her ‘heroin chic’ tag. ‘There is no positive interpretation of that and I certainly never felt one,’ said the 47-year-old supermodel. ‘At the end of the day, I was always thin and small and no amount of eating would put weight on me.’

A case of Shakespeare in buzz, Gwyneth?

Who Is Taylor Swift’s ‘Hey Stephen’ About?