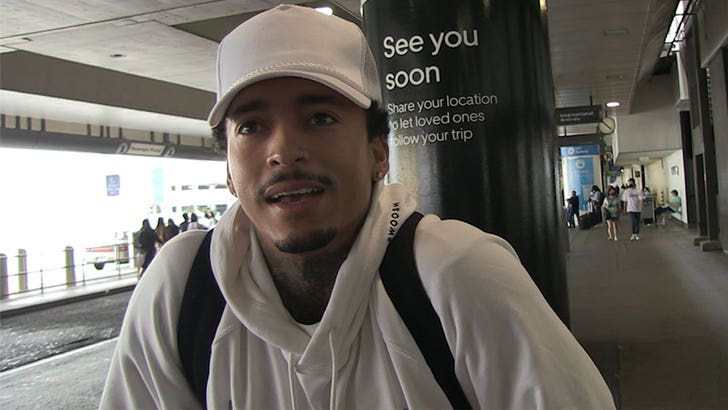 Skateboarding superstar Nyjah Huston says he understands the pressure Simone Biles is going through at the Olympics … telling TMZ Sports people need to realize athletes are human, not emotionless robots.

Biles shockingly withdrew from the gymnastics team finals on Tuesday … citing her struggles with mental health affecting her performance.

Huston — who just landed on U.S. soil after competing for Team USA at the Tokyo Games this week — can relate to the expectations of being the best in a sport … and tells us it’s never easy to have to live up to crazy expectations.

“I feel like sometimes people see us as like robots and out there expecting to win every time. But, in reality, that’s not how it is, and it’s not that easy.”

26-year-old Huston — who placed 7th in the men’s street skateboarding event — adds he wishes he could have finished higher in his first Olympics … but leaves the door open on competing in 2024.

“Obviously, I wish I could have done better, landed a couple more tricks, but still an honor to be out there representing the USA.”

“And, some of the other boys killed it. Maybe we’ll make it out to another one, we’ll see.”