Nikki and Brie Bella are ready to return to the ring. The Bella Twins spoke with ET’s Deidre Behar about wrestling again and what it meant to be inducted into the WWE Hall of Fame.

“It was so surreal. From the moment Vince [McMahon] called us to say he wanted to induct us into the Hall of Fame, just starting that journey, Nicole and I constantly had to pinch ourselves. We were like, ‘Wow, we can’t believe this is happening.’ And it’s almost like that feeling, I think everyone in the world can relate to, of when you get acknowledged for your hard work, it feels really good. It just gives you this type of thing, like, ‘Wow, I did do something really special,’ Brie tells ET.

During their Hall of Fame acceptance speech, Nikki shocked the internet when she thanked fellow wrestling legend and her ex-fiancé, John Cena, for helping her along the way.

“I didn’t think anything about it because when you’re in those moments at the Hall of Fame, you really look at your career and you’re like, ‘Who was there, who helped me along the way?’ And so much of the time people will talk about themselves, and for me, I look at my career and I know that wasn’t just because of me. It was Brie, it was the Bella army, it was the producers, all the people that believed in me, and John was a big part of that. He really helped me be that fearless side and showed me a part of that world that I never saw before,” Nikki explains. “I think just because you have breakups or whatever it may be, doesn’t mean you can’t thank those people and just truly be so grateful for the help that they had.”

Brie reached out to thank John too, for all the advice he gave both her and Nikki over the years and for being the guy in and outside of the ring that truly cared about seeing everyone in the WWE improve.

“I even texted John to thank him because you do, when you get inducted to the Hall of Fame, you want to start to reach out to people and thank them, because you’re like, ‘I got into the Hall of Fame because you’re part of this big puzzle that got completed, you’re one of the pieces.’ The one thing that I always give John Cena credit for, he was the guy who sat in a chair, watched the monitor the whole time. When you came back from your match, he’d give you advice,” Brie shares. “He always cared about everyone’s match and their work and how to help them improve. And I’ll never forget that. And so, I told him all the time, and also I was their third wheel, it’d always be all three of us traveling all the time. So, I was like, the memories and how much you just always gave us great advice, I’ll never forget that. It’s why we’re here.”

Seeing the Bella sisters return to their roots made fans wonder if a return to the ring was in their future. For now, both Brie and Nikki have been busy with their new baby boys, their collab collection with baby brand Colugo and their countless other business ventures.

“Nikki and I are very fashionable, we love fashion and we love being with our kids all the time. So we wanted to collaborate with Colugo because we’re obsessed with them, to have this line that goes with our fashion. It’s who we are, of course we had to have the Wine Red and it’s part of our lives now. It was organic for us to be in the baby world,” the mom of two shared.

“Everything that we are giving to everyone is what we all use in our lives every day,” Nikki added. “It’s fun to share that with people. When you realize, wow, this really works, I want to share it with our Bella army. Hey, moms, dads, this is actually an amazing product that we love.”

But that doesn’t mean these busy moms have ruled out a return the ring.

“So we definitely talk about it. The one thing is that WWE brought the women’s tag team titles and we’re like, wait a second, how did the Bellas not have this on their resume? So, it’s so tempting because we would love to go fight for the tag titles because that’s all we’ve ever been is a tag team. And I think another thing too, is now that Birdie’s 4, and we were talking about when the boys get a little older too, to have your kids watch you do what we used to do, to get in that ring would be really special for us. I’ll never forget the moment when I wrestled Stephanie McMahon at SummerSlam, and to see her three little girls, they were little at the time, their faces when we came back, they looked at their mom like she was a superhero. And I was like, ‘I want that one day,'” Brie says.

“I just thought that was the coolest thing and so, the Bellas are definitely going to make a comeback. We don’t know exactly when, but we said we have one more run in us and we’d really love to do it,” Brie announces.

And if not them, they think their boys, both 10 months old, may have a future in the business. While Brie sees Buddy as a wrestler in the making, Nikki thinks Matteo might follow in the footsteps of his father, Dancing With the Stars professional dancer Artem Chigvintsev, and get into that ballroom.

“Buddy is a wrestler in the making,” Brie confirms. “He’s so strong and it’s funny, ’cause when you change his diaper, he sometimes will put an arm bar on you, and it makes Bryan so proud. He’s like, ‘He already knows how to do an arm bar.’ I’m like, ‘Well, it’s in his blood.’ But he’s definitely very fearless, and he just is strong. Anytime he’ll head butt things or he’ll pinch his fingers, and he doesn’t cry, he almost gets mad that he pinched his fingers. And I look at him and I’m like, ‘He’s a wrestler in the making.’

While Buddy is ready for the ring, Matteo is already quick on his feet, pointing his toes like a seasoned dancer.

“My guess is Matteo is going to be a dancer and a soccer player because he has fast feet, he moves his feet a lot,” Nikki shares. “I definitely am seeing him taking after his daddy a lot, and he already points his toes and I’m sometimes like, ‘You’re doing better than Momma did it on her season of Dancing With the Stars,’ so it’s good.”

For more on the Bella Twins, check out the video below.

Nikki and Brie Bella Reveal If They're Done Having Kids (Exclusive) 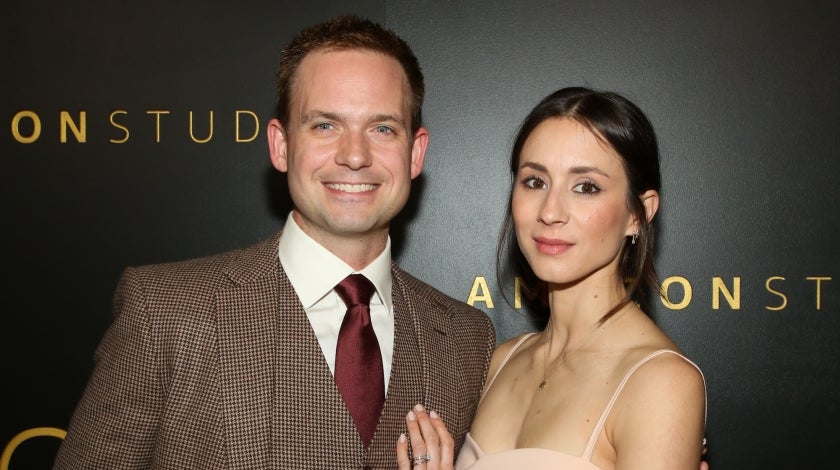 Meet the Celeb Babies Born in 2021

Shawn Mendes & Camila Cabello Kick Off Their Weekend With a Hike!