Nicolas Cage was photographed pointing out his Hollywood star while walking hand in hand on the famous boulevard with his wife of almost two months, Riko Shibata.

Nicolas Cage, 57, shared one of his impressive achievements with his new wife Riko Shibata, 27, when he showed her his star on the Hollywood Walk of Fame. The spouses, who married on Feb. 16, were holding hands while walking down the iconic boulevard and when they got to his famous star, which he received in July 1998, he happily pointed it out to her. They were surrounded by onlookers but appeared to be sharing the sweet moment by themselves as they stayed close together. Check out the pics HERE!

During the outing, Nicolas looked handsome in a white button-down shirt under a dark gray blazer, black pants, and black boots. Pretty Riko chose to go with an all black ensemble that included a button-down shirt under a jacket, pants, and boots. She also carried a bright pink purse over her shoulder as he rocked sunglasses and they both wore white face masks for protection from the COVID pandemic. 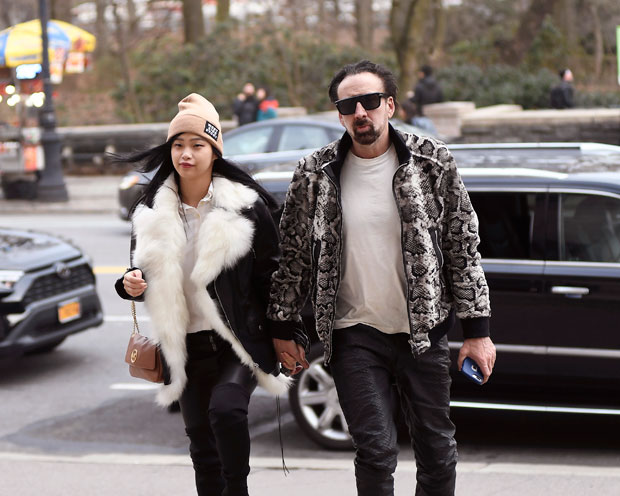 Before their latest outing, Nicolas and Riko made headlines for their surprise marriage at the Wynn Hotel. The Las Vegas wedding was reportedly a gorgeous event that Nicolas’ ex-turned-friend Alice Kim, who he shares 15-year-old son Kal-El Coppola Cage with, even attended. The actor confirmed the happy news in a statement to HollywoodLife. “It’s true, and we are very happy,” he said.

Nicolas’ rep also revealed that the ceremony was ” very small and intimate” that had “traditional Catholic and Shinto vows with poetry from Walt Whitman and Haiku sprinkled in.” 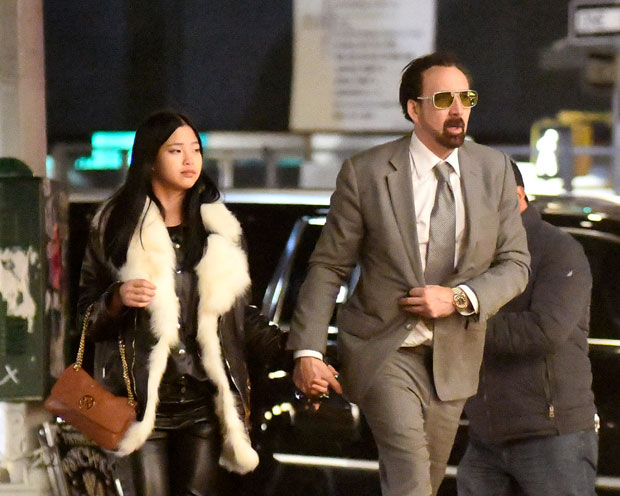 Just hours before they shared their big news on Mar. 5, the newlyweds, who met over a year ago in Shiga, Japan, were seen taking a romantic horse and carriage ride through Central Park in New York City. They were cuddled up together with a blanket and a lot of smiles as they enjoyed the beautiful scenery around them. After the ride, they headed to Tavern on the Green for drinks.

Nicolas’ marriage to Riko is his fifth. In Aug., he  revealed they got engaged on FaceTime. “She left New York and went back to Kyoto, Japan and I went back to Nevada and uhm I haven’t seen her for six months and we’re really happy together and we’re really excited to spend that time together so I finally just said look ‘I wanna marry you’ and we got engaged on FaceTime,” he said on his brother Marc “The Cope” Coppola‘s radio show.

All About the Making of Kate Middleton’s Latest Little Black Dress (and the Hidden Design Detail!)